Design for an Entrance Hall by David Connor, 1985

Design for an Entrance Hall by David Connor, 1985 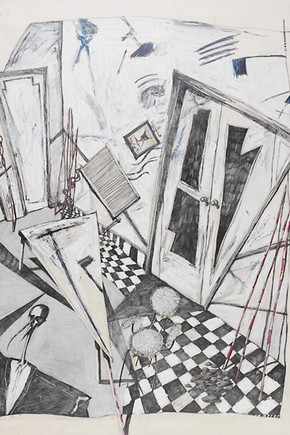 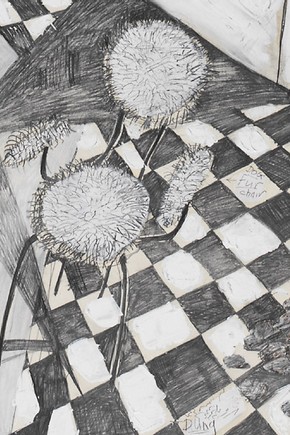 David Connor (born December 1950, England) is a British designer whose projects focus on interiors, new building design and the remodelling of old buildings. Closely allied with the punk rock movement in London in the late 1970s and early 1980s, Connor has worked frequently with luminaries from the worlds of fashion and pop music over the last thirty years.

An MA graduate of the Royal College of Art (1973-76), he also attended Birmingham School of Art from 1969-78. He went on to become Senior Designer at John Stefanidis 1976-78. In 1978 he founded Powell-Tuck, Connor and Orefelt before setting up David Connor Design (DCD)  in 1991, which is currently based in West London.

Illustrative drawings are usually the starting point for any David Connor work and this particular sketch (created in 1985 when Connor worked at Powell-Tuck, Connor and Orefelt) would have formed the basis of a design for Marco Pirroni, the guitarist from the 1980s pop group Adam and the Ants.

This design for the entrance hall of a Marylebone flat is part of a larger body of early work based around a small group of influential London punks. The entrance hall creates a twisted, distorted space. Doors are angled and radiators tilted. A chair upholstered in real dog hair and a pile of dung on the floor complete the anarchic scene. As a contrast, the rest of the apartment is cool and functional.

This design was lent by Ilse Crawford for use in the Designs for Interiors exhibition at the V&A (August-October 1986). It is a large, striking piece of work in pencil, gouache and acrylic complementing two preliminary sketches in pencil of the same interior which are already in the V&A Designs collection (E.302-1986 and E.303-1986).

This work encapsulates the subversive and irreverent approach to creativity that the punk movement embodied. Connor's early projects were directly inspired by the significant cultural trends in London in the late 1970s and he has designed interiors for seminal punk milieux.

Other early works by Connor include the design of the shop Seditionaries, a mecca for punks run by Vivienne Westwood and Malcolm McLaren, which replaced the original stores Let it Rock and SEX on the same King's Road plot in Chelsea, London. In addition, Connor designed a  dramatic flat for pop star, Adam Ant. The flat was envisaged as a video set for a theatrical performer. The furniture was specially made and over scaled, fabrics were commissioned and the walls were painted by stage artists.

More recent works include the design of the refurbished Atlantic Bar and Grill in London's Piccadilly Circus for restaurateur, Oliver Peyton and Vivienne Westwood's boutiques in Mayfair and Chelsea.