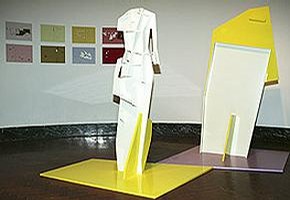 Simon Thorogood was Designer in Residence at the V&A 31 July–22 August 2004. During that time he researched around the theme of fragmentation, culminating in a display titled Fragment/a. The display acted as a mannequin or frame for a garment, in which the two things merged as a result of their incomplete and unfinished forms. It also acted as a projection screen for a sequence of images documenting various spaces, exhibits and details throughout the Museum and which may offer some clue to the focus and thinking behind the work.

For the past year I have been the joint V&A/London College of Fashion Designer in Residence. My brief has been to respond to the collections, galleries and intellectual environment of the Museum and to produce a body of work that reflects this research in a fashion context.

Throughout my investigations, I looked to cover all aspects of the museum, not only dealing with the exhibits or collections themselves but also focussing on the peripheral fittings and features, overlooked spaces, display cases, architectural detailing, lighting, temporary presentations, repairs, renovations and traces of previous displays.

I became intrigued by the fact that many displays could never reach a state of completion. Many of the objects once belonged to a larger set, collection or structure. Due to ageing, damage, distribution of ownership or the logistics of display their exhibition was only ever partial. However, the means and type of presentation had always been carefully considered. In some cases, the exhibit is physically incorporated into the frame or mount, creating a blurring of object and display.

I distilled these findings into very simple word lists, line drawings and colour studies. These  became the basis of a series of garments and display forms, entitled Fragment/a.

The incomplete garment (or 'frag/ment') on view here is specifically designed for the incomplete mannequin module (or 'data-quin'). This two-piece form also functions as a simple projection screen. Research images can be cast onto the varied planes of the garment and its frame evoking a strange animated 21st century dressing table/clothes horse.

Fragment/a recalls an earlier, self-penned word 'pasturistic' (past + futuristic). It belongs to a past of the future, fitting rather fraudulently into the spaces and history of the V&A.

Whilst the physical shape and form of objects and spaces within the museum was to directly inspire the shape and form of the 'frag/ments' and 'data-quin', the colour sources came from an entirely separate tour and study. Therefore a detail or form instrumental to the design of a garment might have no bearing whatsoever in terms of its colour.

Unable to record or scrutinise absolutely everything, I did however document the colour of all objects and spaces I found intriguing for whatever reason, whether delicate or brash, rich or faded. Sometimes I would photograph the specific colour and other times I would try and describe the colour or hue in words and later look to match with swatches from magazines or books or department store paint sampler cards.

These were then systematically honed down and filtered into the simple colour story seen here.

In glass cabinets and display cases, I became very aware of the constant presence of reflection from almost every angle and how ultimately these would have to be 'accepted' as part of the composition. It was this phenomenon that suggested the idea of projection onto the garment and display module as a way to continue and reflect this trend. 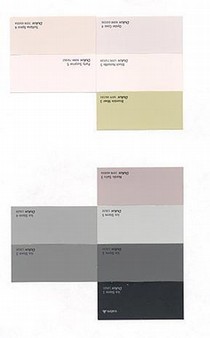 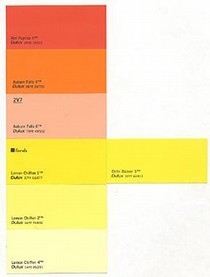 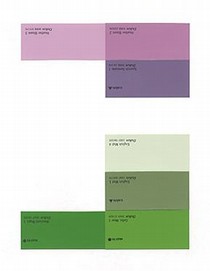 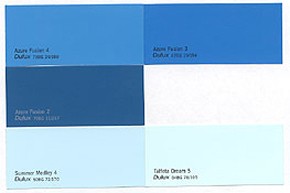 Rough biro drawings were the very first visual response in Fragment/a. These simple sketches  would often accompany my initial observations, notes and tour of the museum.

These would later be selected for editing or abstraction, highlighting only the essence of the form or content of the thing or space I had been looking at. These would undergo further refinement to be used as the basic visual material to inspire and determine the appearance and structure of firstly the garment (frag/ment) and then the garment display module (data-quin).

As an additional aesthetic exercise, some of these line drawings would be filled in with specific colour from the colour study, suggesting strange and alluring V&A 'exhibit landscapes'. 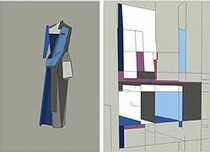 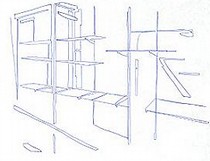 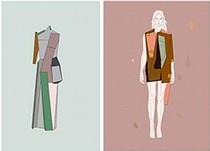 The complete Fragment/a display is intended as an hybridised expression of my research around the theme of fragmentation and designed to satisfy two principal functions.

Firstly, it was to act as an mannequin or frame for the garment, in which the two things merge as a result of their incomplete and unfinished forms. Secondly it was to act as a projection screen for a sequence of images documenting various spaces, exhibits and details throughout the museum and which may offer some clue to the focus and thinking behind the work.

The following images highlight some of the various manifestations of the data-quin and their relationship with and the display of the garments.

Continuing the theme of fragmentation, and similar to the design of the 'data-quin', the garments  look unfinished and unresolved. The panels and layers appear to be subject to a strange process of editing and blending with other panels and layers.

To some extent, this design process was to reflect the blending and morphing of exhibits with their frames or mounts and between the frames and the space or the architecture of the museum. However, their design was also largely derived from the series of abstracted line drawings made as part of the first visual response.

The following shows just a few of the many versions of 'frag/ments'.

Following my extensive trips around the museum, recording all the objects and spaces I was drawn to, I set about creating numerous word lists and simple textual responses. These might comment upon the construction of an object or space, its lighting, the presence of other visitors, the interplay of neighbouring exhibits, background sound or anything else that happened to impact upon me.

I began to fuse words together to create new or extended meanings, which I termed 'Melt-Words',  later to be informed that the term 'Neologism' already applies to the generation and formation of new words.

These fused words, alongside the abstracted line drawings, would become instrumental in shaping the conceptual nature and visual language of Fragment/a.

A personal process of research and design

Familien. Familiar + alien. Something that is recognisable and unknown at the same time.

Futefact. Future + artefact. An artwork of the future.

Futurelic. Future + relic. A remnant from the future.

Futureology. Future + archaeology. The study of the past of the future.

Pasturistic. Past + futuristic. Something belonging to the past as well as the future, or having a narrative thread running from one to the other.

Phasion. Phase + fashion. Changing or mutable fashion. Of a particular time or period?

Realginary. Real + imaginary. Something that is both indisputable and invented. Unfinished or incomplete yet highly influential or decisive.

Techno-craft. Technology + craft. A fusing of technology with traditional handicraft or technique.

Text-ile. Text + textile + tile. A fusing of information or data with cloth and a surface or overlay.