London Theatre at the Time of 'The Importance of Being Earnest'

London Theatre at the Time of 'The Importance of Being Earnest' 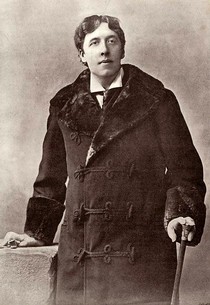 In Oscar Wilde’s day, London theatre was enjoying expansion and renewed respectability, with the patronage of fashionable people (including royalty) and members of affluent society - exactly the type of characters who inhabit his plays.

When Wilde moved to London in 1878, theatre was beginning to recover from its former reputation as an unsuitable interest for a well-to-do patron. Queen Victoria had visited Charles Kean’s productions at the Princess’s Theatre in Oxford Street in the 1850s, and the German Reeds attracted family audiences with their ‘illustrative gatherings’ at The Gallery of Illustration in Lower Regent Street during the 1860s.

The Bancrofts’ productions of domestic comedies at the Prince of Wales Theatre (from 1865) and the Haymarket Theatre (from 1880), charmed the public with a more genteel type of drama than the previously popular melodrama. From 1878, Henry Irving’s spectacular productions at the Lyceum Theatre were increasingly attracting fashionable audiences who marvelled at the sets and costumes as much as at the plays.

Venues themselves were also increasing in number and style. Shaftesbury Avenue and Charing Cross Road, now the heart of London’s West End, were created between 1877 and 1886, clearing slum areas and providing thoroughfares and grand new theatres for an increasingly keen public. New venues included the Shaftesbury and Lyric Theatres in 1888, and the Royal English Opera House at Cambridge Circus in 1891.

The opening of Richard D’Oyly Carte’s Savoy Theatre in the Strand in 1881, with its innovative electric light, was another advance in the growing respectability of Victorian theatre.  With its brilliant production of Gilbert & Sullivan’s ‘Aesthetic’ opera, Patience, the first night audience included aristocracy and royalty, and Oscar Wilde himself.