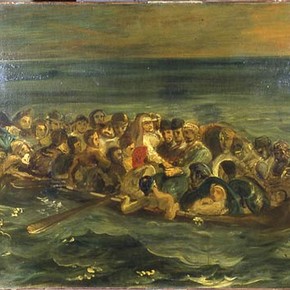 This shipwreck scene is a sketch for the Shipwreck of Don Juan in the Musée de Louvre, Paris. Art Historians believe that the Victoria and Albert Museum sketch was painted between the 1820s and late 1830s. The Louvre version was painted in 1840, and first exhibited in 1841.

The V&A sketch shows a scene from Byron's 1819 poem Don Juan, where the shipwreck survivors draw lots to decide 'who should die to be his fellows' food' (Canto II). The V&A painting is more crowded with figures than the final composition, and certain figures have been rearranged. Delacroix omitted the sun in his finished work.

Two important sources shed light on Delacroix's working practice. The artist kept a journal describing his work from 1822 until 1863. His assistant, Louis de Planet, described working with the artist in 'Memories of Working on Paintings with Monsieur Eugène Delacroix'. 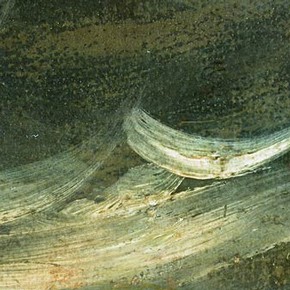 Detail of 'The Shipwreck of Don Juan' showing touches of light paint added to the sea. Click to enlarge

Louis de Planet describes the pigments and oils used by Delacroix, and his approach to developing compositions. He returned to his paintings repeatedly, applying a transparent, saturating layer of oil between painting sessions, and sometimes reworked paintings which had been put aside for sometime.

Delacroix’s technique in The Shipwreck of Don Juan seems to follow that described by de Planet. Examination with a microscope reveals transparent layers between applications of paint. This is apparent in the bright red highlight on the central figure's beret, below left, and in final touches to the flesh paint of the shipwrecked survivors, below right. These transparent layers appear to correspond to the applications of oil described by de Planet.

As well as restorations by a conservator, there are areas of the painting which seem to have been reworked by Delacroix. The artist seems after some time to have returned to the painting and added touches of light paint to the passage of sea shown in Detail of 'The Shipwreck of Don Juan', above right. 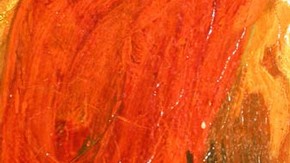 Detail of 'The Shipwreck of Don Juan' showing bright red highlight on the central figure's beret. Click to enlarge 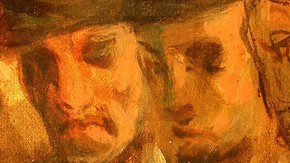 Detail of 'The Shipwreck of Don Juan' showing the flesh paint of the shipwrecked survivors. Click to enlarge

Delacroix retained The Shipwreck of Don Juan until his death, and the painting was sold posthumously to a M. Haro. It was in the possession of the dealer Durand Ruel by 1864, and entered the Ionides collection before 1884.