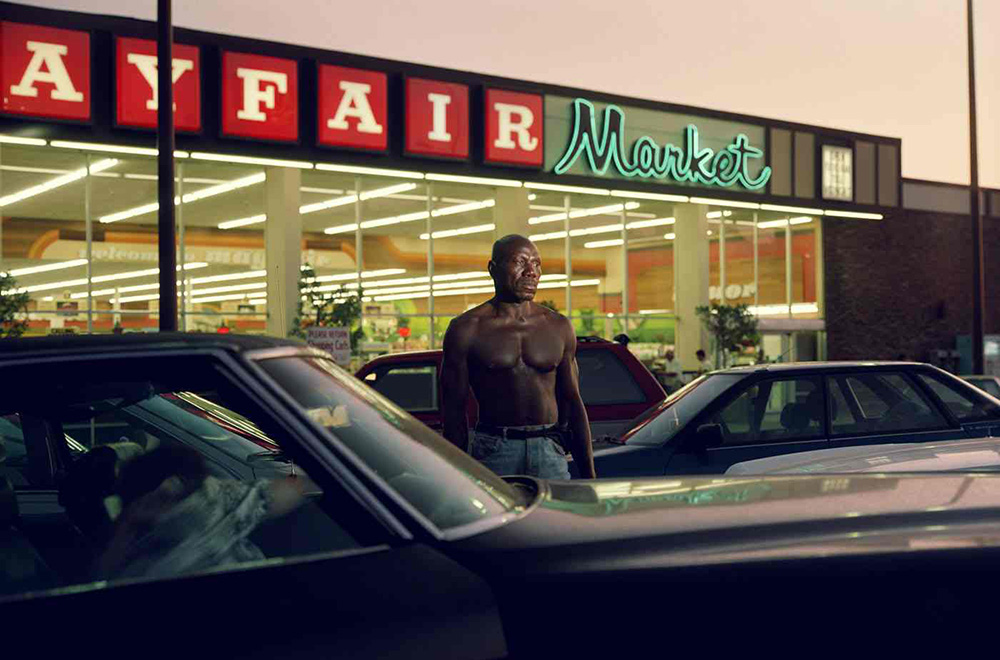 'It might be said that twilight is a muddled form of clarity. The warm glow that suffuses the ' golden hour' in Los Angeles acts to filter the grim realities, the outright lies, the self-deceptions, which allow Hollywood, and by extension, America to flourish. 'Twilight' provides the rose-coloured glasses that make it possible to see out but not see in.'
Philip-Lorca diCorcia

Philip-Lorca diCorcia, born in Hartford, Connecticut in 1953, made the Hollywood series (also known as The Hustlers) in an area of Santa Monica Boulevard, Hollywood, frequented by male prostitutes and drug addicts.

The photographs are a unique mix of documentary and fantasy. Having set up the scene for each picture, diCorcia would find a man on the street and offer to pay him to appear in the photograph. The sitter's name, place of birth and the amount paid form each title.

The careful staging of light is central to diCorcia's aesthetic. For the Hollywood series, he put his camera on a tripod and used artificial and flash lighting to supplement the Los Angeles evening skies. This creates a twilight effect, with rich details and heightened colour, which bathes the sitters with a kind of exotic allure.

This text was originally written to accompany the exhibition Twilight: Photography in the Magic Hour on display at the V&A South Kensington between 10 October and 17 December 2006.