Poisoned arrows from Assam and Burma

Poisoned arrows from Assam and Burma 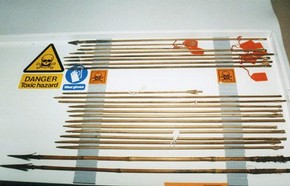 In the Asian department's Indian and South East Asian collection, some innocuous looking arrows hold a potentially lethal secret. In 1880, the Ethnographic collections of the former East India Company were transferred to the South Kensington Museum (later to become the Victoria and Albert Museum). Among the collection were two sets of arrows, one from Assam, and one used by the Karen people of Burma.

A reference in an early catalogue to them being poisoned prompted an enquiry to the Department of Economic Botany at Kew. The response that came back was alarming. Residues of the toxin may persist depending on the viscosity of the poison on application. Studies on toxicity carried out on behalf of the Pitt Rivers Museum revealed that the longevity of these toxins was considerable (up to 1300 years!) 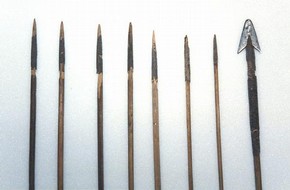 The eight short arrows from Assam are unremarkable, little more than cane kebab sticks with small palm leaf flights. They may have been made for a short bow or even a crossbow. The toxin appears as a desiccated greyish paste located behind the sharpened point. The Karen arrow is one of a set of more conventional looking arrows with barbed, iron heads.

Poisoned arrows are used widely throughout the jungles of Assam, Burma and Malaysia. The principal sources of arrow poison are varieties of Antiaris, Strychnos and Strophanthus. Antiaris toxicaria for example, is a tree of the mulberry and breadfruit family, common in Java and the neighbouring islands. The active agents in all of these are either contained within the milky sap or the juice of crushed seeds. This is smeared behind the arrow point on its own or mixed with another plant latex.

When introduced into the bloodstream the active ingredient (either antiarin, strychnine or strophanthin depending on the species) acts quickly attacking the central nervous system causing paralysis, convulsions and cardiac failure. Game wounded by such an arrow is said to be rarely capable of moving 100 metres. The prey can be eaten quite safely afterwards. This makes it an essential tool for hunting elusive game in the dense jungle canopy.

These arrows are just a small fraction of the V&A's extensive collection of 3500 pieces of Arms and Armour from India and South East Asia, some 40% of which originates from the East India Company transfer in1880. The majority of this collection is in storage and is available for viewing by appointment. 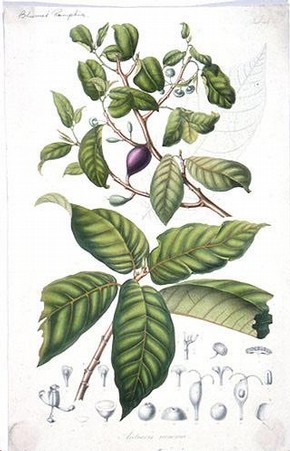 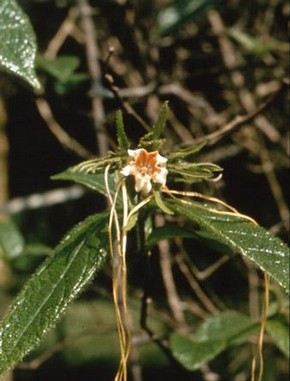