Thank you to everyone who has generously supported our previous fundraising appeals. 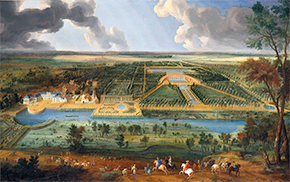 Thanks to an overwhelming response to our public appeal, we were able to raise £35,000 towards the £1.3 million it cost to purchase this vast panoramic landscape, The Château de Juvisy, by Pierre-Denis Martin. The painting is due to go in our new Europe 1600-1800 galleries, and will play a central role in Gallery 5 which is set to chart the rise of France during 1660-1720. 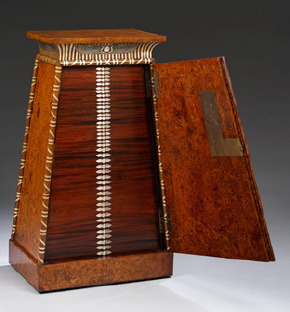 Medal cabinet in the Egyptian taste, about 1810, Paris, after a design attributed to Charles Percier (1764-1813), © Victoria and Albert Museum, London

The government placed a temporary export bar on a rare and remarkable Napoleonic medal cabinet and we had just five months to raise £534,000 to ensure its place in the national collections. Thanks to the generosity of V&A Members and supporters we were able to raise the funds in time and save the cabinet for the nation. The medal cabinet is due to go on display in our new Europe 1600-1800 galleries, which open early next year.

Read more about the medal cabinet 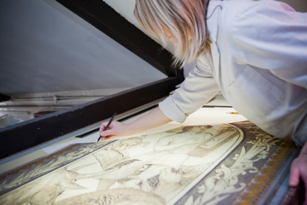 As part of FuturePlan the V&A is restoring many of the original features of the fabric of the Museum. In 2012 we ran a major public appeal to conserve and re-install the original stained glass on the landings of the Lydia and Manfred Gorvy Lecture Theatre. The panels were designed by William Bell Scott and were first installed in about 1870.  The £25,000 raised by the public appeal meant that the 24 panels could be cleaned, repaired and set in specially constructed display frames before going back on public display. 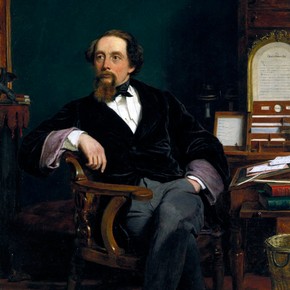 The V&A counts amongst its treasures the original manuscripts of eleven novels by Charles Dickens. In October 2010 a major fundraising appeal was launched to raise funds to conserve three of these novels - A Tale of Two Cities, David Copperfield and The Mystery of Edwin Drood - ahead of the major Dickens 2012 celebrations. An exceptional response from V&A Members and the public saw the Museum raise the £25,000 needed to enable the essential conservation work to start on these remarkable manuscripts. 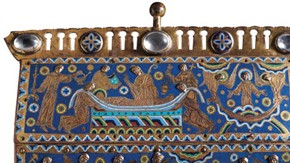 We had an overwhelming response to our Medieval & Renaissance Galleries appeal from both members of the V&A and the general public. The appeal raised over £46,000 (including reclaimed Gift Aid) which has helped close our fundraising campaign for the galleries. The Galleries opened to excellent reviews with the Financial Times calling them “an aesthetic and intellectual triumph”. 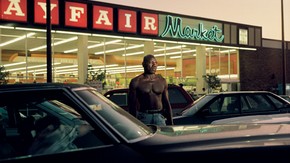 In 2008 we ran an appeal to raise money for our Photographs Collection Acquisition Fund to help us continue our policy of actively collecting contemporary photographs. Funds from the appeal directly helped us to acquire an iconic photograph by Philip-Lorca diCorcia entitled 'Ike Cole, 38 years old, Los Angeles, CA, $25' which featured in the BBC documentary series ‘The Genius of Photography’. We previously had no works by diCorcia in our permanent collections and this piece was displayed in the Photography Gallery in 2009/10.