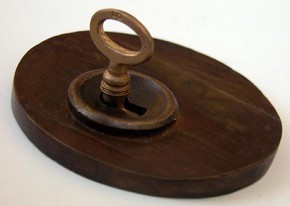 Natasha Ratcliffe, Petra Mills, Sara Richards, Chloe Shaw, Phoebe Stannard and Heidi Hinder are the New Medallists. Their work breathes new life into the centuries-old art of the medal. Usually cast in metal, art medals are small sculptures, made for personal pleasure or contemplation. Often deeply introspective, these objects are best appreciated in the hand, where they may connect intimately with their (be)holder.

Natasha Ratcliffe made her first medals as part of the BAMS Student Medal Project in which she participated annually while studying Fine Arts at Falmouth College of Arts. After graduating in 2004, she became the first recipient of the New Medallist scheme in 2005. Her work shows a trademark fondness for detail and sense of humour. Growing up in the countryside, she developed a love for the natural world that is reflected in her medals.

Like her predecessor, 2006-7 New Medallist Petra Mills graduated from Falmouth College of Art and took part in the BAMS Student Medal Project in 2003 and 2004. Her practice shows a fascination for memory, personal or collective, and an interest in the object’s ‘journey’. She sources ideas from her intimate surroundings or uses found objects to create ‘medallic mementoes’. Very personal pieces, some of her medals are based on pure emotion.

After studying three-dimensional crafts at the University of Brighton, Sara Richards embarked on a Goldsmithing, Silversmithing, Metalwork and Jewellery MA at the Royal College of Art, when she won a prize in the medal competition sponsored by the Royal Mint. She became the third New Medallist in 2007. Interested in the arts, spirituality and philosophy of the East, her work explores duality and the human condition, in pieces that often blur boundaries between medal and sculpture.

Chloe Shaw graduated from Falmouth College of Art in 2007, and was selected as the New Medallist the following year. Shaw privileges a conceptual approach to the medal: her interest in this medium lies in its ability to embody an idea physically. Her work reflects her interests in the transience of life and longevity, weight and lightness, matter and antimatter.

In addition to medal-making, 2009-10 New Medallist Phoebe Stannard works in painting, print and drawing. While studying Fine Art at Norwich School of Art and Design, where she specialised in painting, Phoebe Stannard also participated in the Student Medal Project. She recently completed a two-year postgraduate course in drawing and printing at the Prince’s Drawing School in London. Inspired by classical myths and the Commedia dell’Arte, Stannard describes her work as ‘theatrical, hypothetical and imaginary’, fundamentally questioning self-image.

Heidi Hinder comes to medal-making from jewellery: many of her medals are constructed as assembled pieces. After graduating from Birmingham City University’s School of Jewellery, she was artist-in-residence there when she became the 2010-11 New Medallist. Attracted to medals as objects invested with meaning, Hinder places perception at the heart of her thought and making process. Her medals show her interest in optical devices, sciences and literature.

This content was originally written in association with the exhibition 'The New Medallists', on display at the V&A South Kensington from 11 February – 19 August 2012