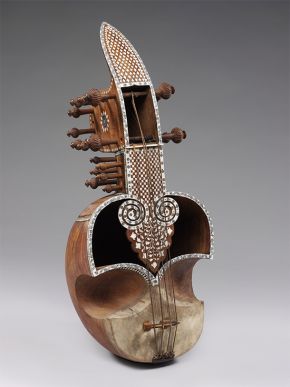 The sarinda is played with a bow to accompany singing in folk and devotional music. The instrument sits on the seated musician’s left leg while the top of its neck rests on the left shoulder.

The sarinda is closely related to the sarangi, another bowed instrument also featured in Musical Wonders of India, but unlike that instrument the parchment only covers half of the belly, the remainder being left open.

While the ordinary sarinda has only three strings, examples with four gut strings like this one were sometimes known as sanyogi sarinda and it is recorded that they were usually played by religious ascetics called yogis and fakirs. Besides the four gut strings this instrument has eighteen additional sympathetic wire strings, which are added to create resonance. This instrument has a total of twenty-two tuning pegs. 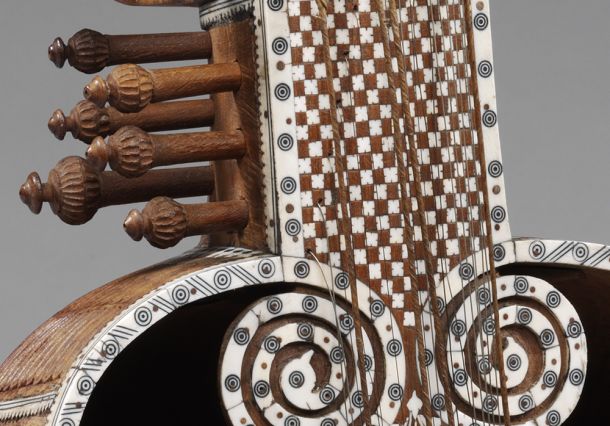 This sarinda was given to the V&A by Mrs R. Irvine in 1911. It had reportedly been collected in Amritsar, Punjab, and was probably made for devotees of the Sikh religion. The inlaid ivory work, however, is typical of the Hoshiarpur district. Hoshiarpur is 62 miles east of Amritsar and was a thriving centre producing furniture inlaid with ivory and sometimes brass.

The sarinda was also popular in Bengal and elsewhere. Many examples of the sarinda appear somewhat different in shape from this Punjabi example, as the parchment-covered lower section of their bellies is narrower compared to the quite rounded shape of the body of this instrument. 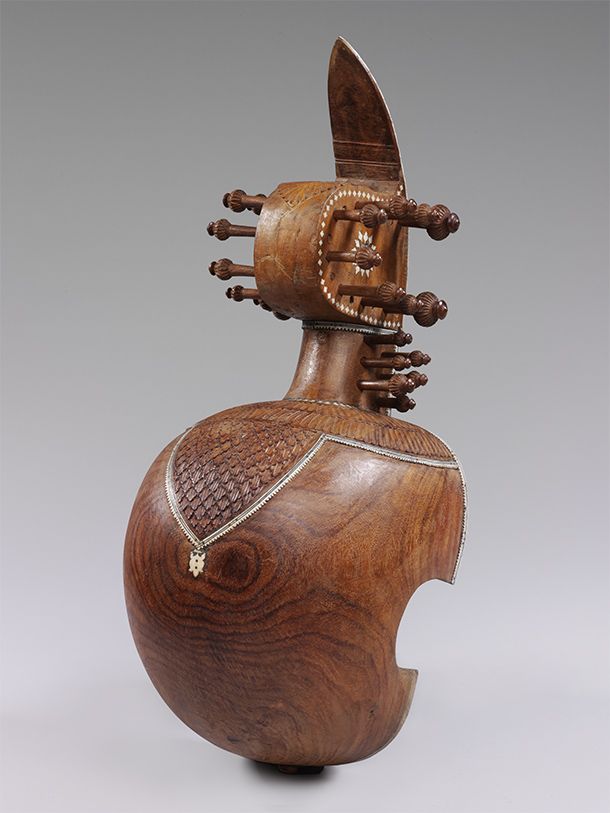