'Often your audience will create and elaborate on the artworks in a much more interesting way than you ever could do yourself - they make it wilder, more romantic, sentimental or perverse than your intentions were to start with' - Michael Elmgreen 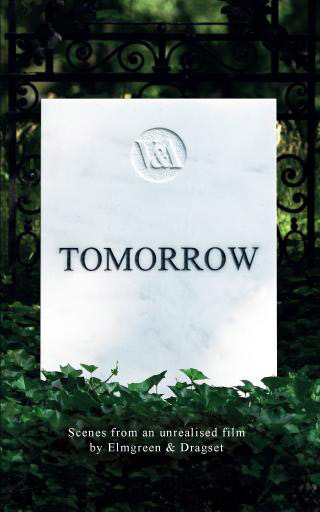 Cover of the script for 'Tomorrow'. © Elmgreen & Dragset

Occupying the V&A’s former Textiles galleries, Tomorrow is an immersive and intriguing installation which invites you to snoop around the home of fictional architect Norman Swann, piecing together his life and personality from choreographed details scattered throughout a grand but decaying apartment. A script - available for free within the exhibition - adds narrative flesh to the bones of rooms and objects, which together form a set for an as-yet-unrealised film.

Enter this carefully constructed interior and interpret the clues for yourself to create your own vision of the occupant and his story. Who is Norman, and how has he shaped and been shaped by his surroundings? What past scenes may have taken place here - and what happens Tomorrow?

We asked young writers, artists, designers, illustrators and students to share their interpretation of Norman and his life for the chance to have their work judged by the artists and published in V&A Magazine.

We are delighted to announce that Elmgreen & Dragset have chosen The Mystery of the Missing Watch by James Timbers as the overall winner, praising its "thrilling complexity". They also awarded a special mention to Luke Skarth-Hayley for Never After Tomorrow.