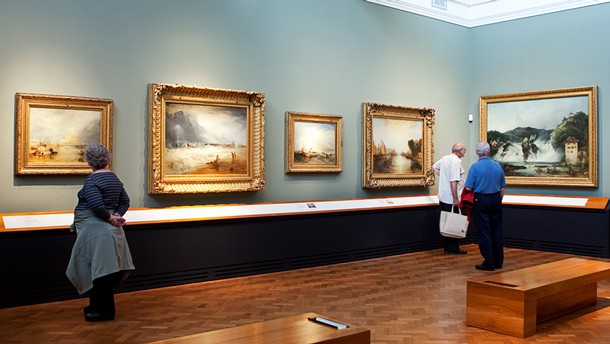 The Edwin and Susan Davies Galleries

In this room major landscape paintings by Constable are exhibited beside works by his competitor Turner and their contemporaries, including James de Loutherbourg, Peter De Wint, Francis Danby and James Ward. By the early 1800s, landscape pictures were hugely popular in Britain, and played a major role in the formation of a distinct British cultural identity. John Constable concentrated on the Suffolk scenery he knew best, while JMW Turner travelled widely, and emphasised dramatic effects. Others sought inspiration from the Old Masters, exotic or poetic subjects.

Room 87 is on Level 3 of the V&A South Kensington.