Behind the scenes: Conservation and audience engagement 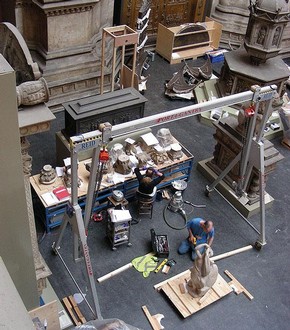 Figure 1. View into Gallery 46b where conservators worked on objects for the Medieval & Renaissance Galleries (Photography by Fi Jordan)

It is clear that amongst the museum-going public there is a fascination for the work that goes on behind the scenes. Increasingly conservators in museums around the world are spending time working in public gallery spaces in view of visitors. At the Museum of London, conservators treating timbers destined for the Medieval London display worked in a prominent position near the main entrance. In the Museo del Bargello in Florence, the conservation of Donatello's David was recently completed in an open workshop. At the V&A, conservators have been working on objects for the new Medieval & Renaissance Galleries in the Italian Cast Court whilst it was closed to the public. Visitors were able to view the work in progress from an upstairs gallery (Figure 1).

Conservation for the galleries has been highlighted to the V&A's audiences in other ways. From the initial planning meetings for the new displays in June 2002, the project concept team were keen to provide the public with insights into the work that would take place in the conservation studios. We felt it was essential to provide the public with information on the long-term treatments and to highlight the difference that conservation makes to objects.

We considered developing some touch-screen interactives to stand alongside key objects in the galleries. We thought, for example, that digital animation could be used to help visitors understand how the appearance of a medieval painted sculpture of the Virgin and Child had changed over time, or that short films could be used to reveal the complex installation process for large architectural objects. After discussion, it was decided that the project's online presence offered a more immediate, appropriate and effective way of addressing this. Both conservators and curators across the V&A have supported this desire to use the web to highlight work that the public would otherwise not see.

A number of potential case studies, where the conservation was likely to transform either the object's appearance or our understanding of it, were identified at an early stage. The treatment of these objects was documented through photography, before, during and after treatment. Curators or conservators wrote short summaries of each project (Figure 2). Four case studies had been completed by the middle of 2008 and added to the V&A's website. A number of others case studies have been added subsequently. 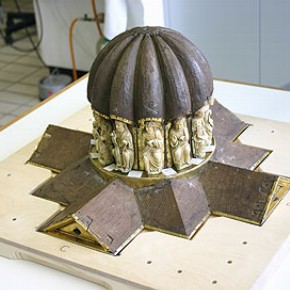 Figure 2. The examination of the Tabernacle from Cologne (7650-1861) was the focus of one online subject (Image courtesy of the Kunstgewerbemuseum, Berlin).

In October 2006 a Medieval & Renaissance Galleries project blog was established on the V&A's website.1 With fortnightly updates, the blog has allowed the Conservation Department to provide regular updates, photographs and summaries of their work to be posted almost immediately. The blog gives readers the opportunity to post comments and ask questions. Photographs of a large medieval quilt decorated with scenes from the legend of Tristan (1391-1904) were viewed over 700 times within twenty-four hours of posting on the website.

In addition to sharing their work online with the public, conservators have played an essential role in the development of many of the low- and high-tech activities that have been integrated with the gallery displays. For example, Elizabeth-Anne Haldane, Senior Textile Conservator, has embarked on a collaborative project to provide new insights into a tunic from Egypt made between 642-800 (291-1891) (Figure 3).2 It has been the focus of two blog entries. Elizabeth-Anne and the project team were keen for visitors to have the opportunity to try on an accurate facsimile of the tunic. It is one thing to see a tunic hanging on a form behind glass, quite another to pull it over one's head and to experience moving around in a garment Figure 4). We were keen that the replica should be as authentic as possible and the results of the intensive study of this object have helped us achieve that. The cost of commissioning real applied tapestry decoration was beyond the available budget but Elizabeth-Anne sourced a digitally printed alternative, which clearly establishes the link with the original object. The facsimile fabric was produced by Zardi & Zardi, the company who also supplied the digitally printed in-fills for the treatment of the Spanish Carpet (784-1905) (Hartog).

Each of the 10 galleries will include one original object that visitors can touch. More specifically, and particularly for visually impaired visitors, we wanted to include objects that exemplified some of the key characteristics of the main period styles. This posed particular challenges for the earlier styles such as Romanesque and early Gothic where options within the collections were limited. Conservators, curators and educators worked in close collaboration to find suitable objects able to cope with the rigours of repeated touching whilst offering visually impaired visitors as rich and rewarding a tactile experience as possible.

Conservators have made valuable contributions elsewhere. They have participated in study days organised in conjunction with the Open University, sometimes sharing the results of research before publication. They have provided advice about techniques such as tapestry weaving for new touch-screen interactives and have commented on the scripts for new How Was it Made? gallery films. Some have helped source materials such as Caen stone, imperial porphyry and limewood, which visitors will be able to handle in a partially worked format. 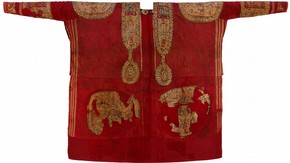 Conservators have contributed to the development of the interpretative framework for the new galleries in ways that were never envisaged when the project began. The replica of the Egyptian tunic, for example, would not have been developed without the involvement of the Textile Conservation Studio. By highlighting a number of varied and particularly interesting case studies online, the project team hope that it will have helped to enhance the visitors' understanding of the vital role played by conservators in the development of the Medieval & Renaissance Galleries.

The following Medieval & Renaissance Conservation Case Studies can be found on the V&A's website: (all accessed November 2009)

Conservation of the tunic has been supported by The Mercers' Company.

With thanks to Elizabeth-Anne Haldane, Helen Persson and Elin Simonsson, and to Zardi & Zardi for supplying the digitally printed fabric.

1. To view the Medieval & Renaissance: Past, Present and Future Blog, go to www.vam.ac.uk/vastatic/microsites/1265_frost/
(accessed November 2009)