Master Bertram's Apocalypse Triptych: To clean or not to clean

Chosen for a prominent position in the planned Medieval & Renaissance Galleries which opened in December 2009, the late fourteenth-century North German Apocalypse triptych (5940-1859) was re-examined (Figure 1). The altarpiece consists of a central panel with double-sided wings, surmounted by krönung. The outer panels present scenes from the lives of St. John, the Virgin Mary, St. Giles and St. Mary Magdalene; with the wings open, 45 scenes of the Apocalypse are presented. The scallop-edged krönung panels are painted and gilded with foliage motifs and contain small roundels with painted heads. In the early twentieth century, Alfred Lichtwark, the first director of the Hamburger Kunsthalle, included the V&A altarpiece in the oeuvre of Master Bertram of Minden, but this attribution was brought into question in the late 1960s due to its perceived lesser quality. This article will examine the ethical, cultural and contextual considerations involved in the decision of whether or not to clean the altarpiece.

The altarpiece, which was bought in 1859, had undergone major conservation and restoration treatment prior to its acquisition, including the transfer of the paintings from their original panels onto canvas. The original engaged frame had been refitted around the canvases and repainted. Through technical examination it was possible to discover a great deal about the original construction and the present condition of the altarpiece. X-ray images of the panels indicated the position of paint losses (Figure 2). In the lower centre of the central panel there were several large areas of loss. Two campaigns of filling are discernible: the older show light, the later dark on the X-ray image. These losses had been retouched during the previous restoration; the layers of dirt and discoloured resin varnish on the paint surface gave it a generally brown appearance and made it difficult to distinguish between the original paint and the later reconstruction.

The results of the technical examination were discussed with the curators of paintings. Building on the information gathered in a technical report produced by Lara Wilson (Paintings Intern) in 2005, the discussion centred around the question of whether or not to remove the non-original varnish and retouching. How should the value of the medieval original be weighed against the value of the restoration with its accumulated history? It was apparent that in the event of our removing the later restoration comprising as much as 80% or 90% of certain scenes, that there would not be sufficient information to enable us to reconstruct them; it would be unethical. Due to the large areas of loss and previous reconstruction, taking the decision to clean the altarpiece was far from straightforward. In broad terms, both the value of the previous restoration and the more practical and visual implications of leaving or removing it had to be considered.

For us to place a value on the previous restoration, it was important to understand when, where and why it had been done. We felt that any treatment that had occurred while the altarpiece was still a devotional object in its original setting, and that had been done to maintain religious meaning, would have more, or at least a different value than that done by a restorer in the antiques trade to make it more saleable as a decorative object.

All the evidence points to the restoration having been carried out in the trade, probably in the mid-nineteenth century, not long before it was purchased by the Museum. Its provenance before this is not known. We also had to consider whether the restorer knew more than we do today about what was missing. The iconography is based on illustrations in a thirteenth-century manuscript,1 it was possible that the same source had been used to inform the reconstruction. However, we can see from inaccuracies in the reconstruction, both pictorial and textual, that the restorer was not aware of the source of the text and compositions.

Having established that the reconstruction was likely to have occurred in a restoration studio rather than within the altarpiece's original context, we must still consider the value we place on it. Over its six hundred year history it has undergone several treatments. Each restoration was a product of the understanding and fashion of its own time and each superseded its predecessor. That the object has aged and will never be as it once was is a given, but by leaving the nineteenth-century restoration in place, we might preserve something of its story and acknowledge that all later interventions, being part of its history, have their own value. Nevertheless, we should be aware that whatever our decision is today, it becomes part of the same story, even if we should choose to do nothing. Undoubtedly, the notion of uncovering and presenting as much as possible of the medieval original without reconstructing missing passages is a product of the ideas of our own time.

Ultimately the question is whether retaining this particular historical restoration outweighs the potential to regain more of the colour and quality of the surviving original paint. Although it is not possible to have both restoration and original in a physical sense, it would be possible to fully document the nineteenth-century intervention, and reveal what does survive by the hand of Master Bertram and his workshop. 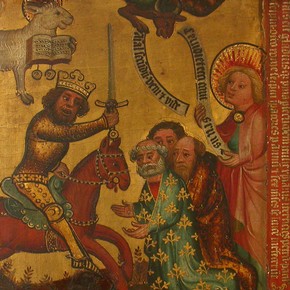 Figure 3a. A single scene before treatment (Photography by Rachel Turnbull) 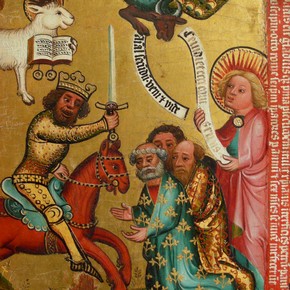 Figure 3b. A single scene after cleaning and digital retouching (Photography by Rachel Turnbull)

It was felt that we needed a better understanding of the condition of the original paint surface. In order to get a sense of the potential gain, as well as loss, in carrying out any treatment it was decided to carry out a cleaning test. The result was startling, revealing the excellent condition of the surviving paint with intact, unfaded glazes and fascinating subtleties of colour and technique. It enabled close comparison with surviving altarpieces in Germany and confirmed the original attribution to Master Bertram. Removing the later restoration revealed substantial areas of original paint that had been covered by the filling and retouching and also showed that there had been many inaccuracies in the reconstruction. What we had lost in the process was the nineteenth-century interpretation of the medieval scene and an integrated whole; what we had gained was 90% of the original paint surface in astonishingly good condition, and a firm attribution (Figure 3).

It should be pointed out that only cleaning the original, leaving the nineteenth-century restoration intact, was not an option. The tonality of the reconstructed areas matched the colours distorted by discoloured varnish and dirt layers. The many inaccuracies in the reconstruction meant a partial approach would give a confusing result, in terms of both mismatched form and colour. If the altarpiece was cleaned it would change from being an integrated object, albeit discoloured, to one clean but incomplete.

After weighing up all of the considerations described above, the decision was taken to clean the altarpiece. In the context of the new Medieval & Renaissance Galleries the choice was made to privilege all that survived of the medieval altarpiece, around 90%, in preference to an antiquarian interest in the object as evidence in the history of taste.

The display of the triptych with scenes from the Apocalypse, in the Medieval & Renaissance Galleries, has been supported by the American Friends of the V&A through the generosity of Sir Thomas R. Moore, New York.

1. M.R. James first noted that the composition of the scenes was closely related to illustrations in a thirteenth-century manuscript commentary on the Revelation of St. John by Alexander of Bremen of which a few copies survive. James, M.R., The Apocalypse in Art , (London, 1931) pp.66-8