In the final weeks of a major gallery project, it is often difficult to recall earlier days when life was calm and structured, and a ringing `phone did not threaten a potential crisis or disruption to an already over-revised and extended schedule. Happily the conservation aspects of the Tsui Gallery project were rarely a matter of stress and concern from the Far Eastern Collection's viewpoint. 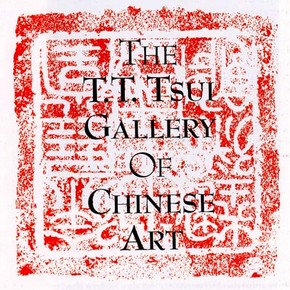 To recap for those unfamiliar with the story of the Tsui Gallery, a Hong Kong-based Chinese businessman named T.T. Tsui donated £1.25 million to the Museum in June 1988 for the creation and promotion of a new Chinese gallery. In effect, this involved the refurbishment and redisplay of the existing Chinese primary gallery (room 44), which at that time displayed Chinese and Korean objects, mainly ceramics due to the lack of any environmental control within the large, top-lit, Edwardian court.

The curatorial project team compiled the complete list of objects for installation in the new gallery and submitted this in January 1989 as the departmental bid for conservation work until after the gallery opening in midsummer 1991. This was to allow each section to assess the extent of their involvement and implement their own timetable for the work based on other commitments. Walkabouts with section heads to view and discuss each object produced a list graded according to the amount of conservation required ranging from 3 (a lot of work) to 0 (no work). It is worth noting that a cursory glance at an object through glass or in a frame occasionally proved misleading in terms of the anticipated work required. The new gallery was to display approximately the same number of objects as previously, but of a more varied nature and including a notable proportion which had not been shown before. Mention should also be made of the fact that minimal alteration was allowed by the curators to the object list after the preliminary design stage, often to the despair of the gallery designer. 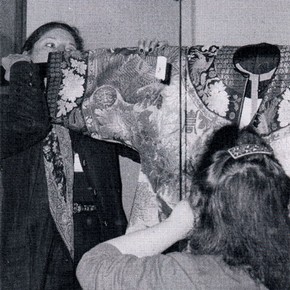 The selection of one person as conservation liaison on the project worked very well; for the Tsui Gallery this title fell to John Kitchin, Head of Furniture Conservation. Throughout the design process, close links were maintained with John and with the Science Section, so that conservation concerns were well represented and advice was always available. Presumably John also received all internal comments, complaints and queries concerning the project of which we remained blissfully unaware.

As befits a culture with such a rich ceramic tradition, including the invention of porcelain, there were still a large proportion of objects which required the careful attention of Ceramics Conservation. Fortunately this section was able to commence their programme of work almost immediately and a steady flow of ceramic objects traversed the Museum throughout 1989 and early 1990. They were also able to rescue the Museum on the day before the opening when T.T. announced that his 'favourite' pot was missing from the new gallery. The large, blue and white jar in question was hurriedly retrieved, cleaned and installed.

Ongoing discussions were held with individual section heads concerning aspects of conservation, particularly the mounting of specific objects. A large number of the 'difficult' objects were textiles. These included a 12 foot square, embroidered silk hanging which would originally have been suspended as a canopy; thankfully this method of display was rejected at an early stage. However a pair of woollen carpets made to be wrapped around temple pillars needed to be displayed as intended in order to make sense of the design. The often lengthy debates between curators, conservation staff, designers and case manufacturers, examining every potential method of mounting and displaying certain objects proved extremely worthwhile, particularly during the final stages when a refined solution could be implemented with confidence. The comment and experience of Glasbau Hahn, the case manufacturers, was invaluable, particularly as a number of the cases and case fittings required were 'unusual'. 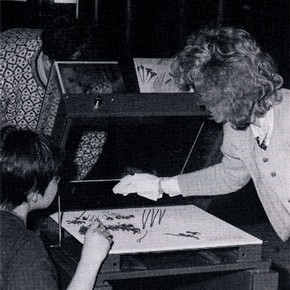 Resourcefulness is obviously a prime requisite of a conservator. Paper Conservation's solution to the problem of restraining a partially unrolled scroll in order to locate the image at the requisite height to miss the piece of furniture below or the shelf above resulted in scouring the museum for varying sizes of cardboard tube. Simple solutions often proved the most effective in terms of cost and time.

The intellectual study of the Museum's Chinese collection and its presentation in the Tsui Gallery is remarkable for pushing forward the boundaries of knowledge and appreciation of Chinese artefacts, but it should be recognised that the parallel material examination and conservation of the objects has in itself opened new areas of research. The July 1991 issue of Orientations magazine, which is devoted to the Tsui Gallery, contains two articles on the conservation and 'revitalisation' of objects by Sculpture Conservation. A separate project concerning the analysis of Han dynasty ceramics led to the presentation of a paper at conference in Taibei and two further papers for future presentation in Shanghai.

Collaboration with this section also resulted in an additional programme being offered on the video menu in the gallery. Titled 'Art Under The Microscope' viewers are invited to examine a selection of objects from the gallery shown under increasing magnification: travelling inside the glaze of a Jun ware dish or among the silk fibres of an embroidered sedan chair curtain. 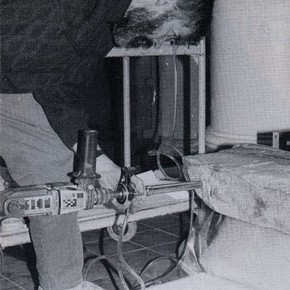 Similarly, examination and treatment of objects in Metalwork Conservation revealed previously unnoted detail, particularly on the delicate hairpins and wafer-thin, gold foil belt plaques. Doubts have now been cast upon the Qing dynasty date (c. 1750) of a large, gilt-bronze, seated Buddha due to the change of appearance of the image once layers of tarnished varnish had been removed, while the analysis of distinctive 'malachite' inlay on a bronze vessel lid revealed that the inlay was lacquer. Since altering the label for this object, a Chinese scholar has written to inform us of our error!

Due to the recurrent difficulties in transporting objects across the Museum to Conservation, which occasionally necessitated hurried sorties under threatening skies via the uneven surface of the back road, several large and less robust pieces of furniture were conserved either in store or during installation in the new gallery. Those items requiring more substantial work, such as a frame bed, which arrived at the Museum disassembled and complete with a length of huali timber for the fabrication of missing components, and the famous lacquer imperial throne, occupied much of the Furniture Conservation studio for months at a time.

Every gallery project is a unique experience but the value of transferring that specialist experience from one project to another and of maintaining that spirit of co-operation and communication across museum boundaries is inestimable. 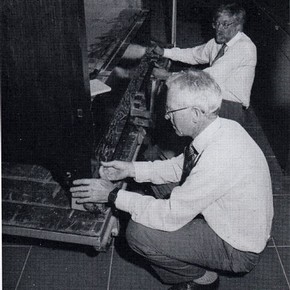 Most gallery projects will ultimately encompass every section of Conservation within the extended project team, with professional colleagues working together to achieve a more effective and cohesive result.

Perhaps the most important advice that I can offer from the Tsui Gallery project and which cannot be reiterated enough, is that the earlier a problem is recognised or a delay envisaged and advised the easier it is to minimise the potential upset as alternative arrangements can be made and schedules revised.

Thanks to a large number of people, this project proved a great success on the opening night!