Insulated from the migrations of ideas and methods which, by the sixteenth century, had given Continental draughtsmen a common technical inheritance, English artists were suddenly exposed to those influences in the seventeenth century; consequently, English usages stand apart from the mainstream of European development. As a result, those otherwise invaluable works on drawing techniques, Ames's revised translation of Meder's great study and Watrous's concise, materials-orientated book,1 give but a vague and distorted impression of English practice because of their emphasis on Continental texts; they cite only five English books and two manuscripts; the latter, as published transcripts, perhaps chosen for their convenience rather than their pertinence. Of the books, Haydocke's translation of Lomazzo only describes Italian usage,2 while the others are spoiled by the pervasive plagiarism of English seventeenth-century art publishing, all being plundered from earlier texts; even Alexander Browne's authoritative Ars Pictora is largely derivative.3 Of the published manuscripts cited, de Mayerne's is largely a recital of recipes given him by foreign artists,4 and Norgate's, written in 1648, contains a limited and outdated discussion of drawing.5 In short, these English sources reflect the practices of between thirty-five and sixty years earlier. 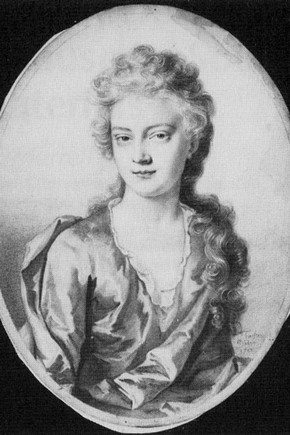 A full account of sixteenth and seventeenth-century English drawing techniques could probably be compiled from contemporary manuscripts, but the intention here is merely to show how reference to them has resolved some uncertainties of fact and interpretation. These notes are limited to lead point, graphite and silverpoint; materials which have caused confusion by their similarity in appearance as well as by the improvisations in the artists' vocabulary which resulted from the introduction of the two latter. The semantic confusion is typified in a post-Restoration manual, the author of which contrived to describe a piece of graphite variously as a 'pensil' (then properly a pointed brush), a 'pluminet' (derived from 'plummet', lead point), and a 'pen' in the space of two pages.6

Graphite naturally succeeded lead as a drawing point, but Ames and Watrous neither give a date for the transition, nor cite documentary evidence of the artistic use of graphite in England before 1650.7 Several sources provide a 'terminus a quo' of c1570: two manuscripts of c1560 describe the traditional use of lead point for the underdrawing of illuminated pages,8 but the 'Arte of Limming' of 1573 recommends 'blacke lead' for the purpose,9 and in some instructions given c1580 to the herald John Guillim, the painter Melchior Salabos suggested using 'blacke leade' in preference to charcoal for the underdrawing of a panel portrait, 'for the cole casteth a shadowe when yow shall woorke therupon with your coloure which the leade dothe not'.10 Lead point had evidently been found deficient for some uses, for in a manuscript of c1550 there is a recipe for making 'Drawing Pencells' from a mixture of ground charcoal and gum water which was sliced into sticks for use.11 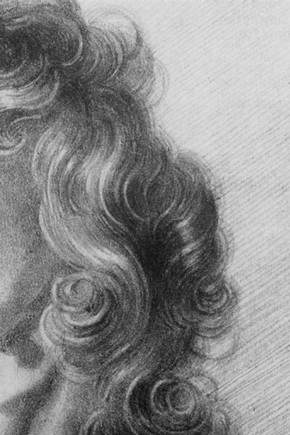 As yet, the most valuable source for early seventeenth-century English practice is a manuscript of c1638, written perhaps by the miniaturist John Hoskins.12 It includes the earliest known English reference to the commercial availability of wood-encased graphite pencils: '...you must not be without long peices of black lead the softer better, which peices fitt into geese quills, or hollow Instruments of brass or Silver, which you may sharpen with a fine file ... without soyling your fingers ... But the best way is to have pencils of black-Lead … inclosed within Cedar wood, which are to be bought ready made'.13 Used for the preparatory design of fine drawings on white paper, its advantages were that it made clear, precise marks, and that it could be erased neatly once the main lines of the drawing had been inked in with a raven's quill pen or fine brush, using a 'Crumme of stale white bred'.14

Neither Meder nor Watrous mentions the use of silverpoint by English artists but, ironically, Watrous dismissed an English reference to it as barely credible, in the misapprehension that it concerned pen drawing with a metal nib.15 The reference - Norgate's - was to a drawing made 'with a silver pen upon a large peece of Table-booke leafe'.16 Watrous was deceived by the terminology: other sources make it clear that in context, 'pen' meant 'stylus', and 'table-book leaf', a commercially-prepared tablet for metalpoint writing. The synonymity of pen and stylus is established by the drawing master's manual mentioned earlier, which recounts the the method of transferring a drawing with a carbonized back by pressing through, using a 'Stift or table booke penn';17 the paucity of English terms is emphasized by the use of the German stet (pin), described by another author as a 'needle sett in a Stick and blunt'.18 Again it is the 'John Hoskins' manuscript that is the most instructive, both on the 'silver pen', which is there called a 'pin', and on table-book leaves: ' ... if your desire leade you to draw on a Table-Booke Leafe then use a silver pin ... very neatly after the manner of hatching like a print, or the Limning way as you like best'; which suggests that English artists often used silverpoint with considerable freedom.19 This author adds a recipe for an alternative to table-book leaf, a mixture of calcined sheep' bones and gum water brushed onto paper, adding, '... but you cannot wipe out your drawing and draw on it againe as you may doe on a Table booke leafe'.20 De Mayerne describes the erasure of silverpoint from table-book leaves - which he calls 'papier a tablettes' - by passing a wet brush across them, and also gives the calcined bone recipe as an alternative.21 Casual references to table-book leaves in the 'Hoskins' manuscript bear witness to their availability as a stock stationery item: the writer suggests suggests using a temporary ferrule improvised from a rolled up card or table-book leaf for settling the hairs in brushmaking, and he notes that 'some doe limne (as I have hard) on white table booke leaves ... instead of the Abortive cards aforesaid'.22 He was mistaken in thinking that no parchment was involved, but it is true that after c1640 most miniatures were painted on parchment stuck to tablets prepared on both sides with a smooth white coating which occasionally bears traces of imperfectly erased silverpoint.23

Even within the security of miniature lockets, table-book leaves have a tendency to crumble, rind this friability probably accounts for the loss of many English silverpoint drawings such as those by Isaac Oliver, recorded by Vertue, and works by Sir Balthazar Gerbier similar to the Farnese Hercules described by his friend Norgate.24 In the absence of extant examples, it may be possible to compile a history of English use of the technique from manuscript sources.

An intriguing passage in Edward Luttrell's manuscript 'Epitome' describes mixed media drawings used by engravers which incorporate all the materials discussed above: 'Some shadow with black lead on fine vellome ... begin to lay in your faint shadows with a Silver pinn the second degree is window Lead the third degree is Black lead ... Deepen the Darkest shadows with Indian Ink butt gloss it over with Lead'.25 This may refer to the 'plumbago', the highly finished graphite portrait which became an independent and peculiarly English art form, with its own minor masters: David Loggan, William Faithorne, Robert White and Thomas Forster. Luttrell's tantalizingly incomplete description is the first piece of evidence possibly describing their methods; if more documentary information does appear, it can only come from manuscript sources.