Conservation & rotating displays in the Nehru Gallery of Indian art

The Nehru Gallery of Indian Art, a new permanent gallery of the arts of the Indian Subcontinent from 1550 to 1900 which was opened in November 1990, has to our delight proved to be a considerable success. Not only has it won media acclaim; it has also proved popular with the Museum's traditional public and is attracting increasing numbers of British South Asians as well as tourists from the Subcontinent. Furthermore it has succeeded in displaying a much greater number of objects than was shown previously without giving the impression of being overcrowded. But despite all of this, and despite the earlier redevelopment of the galleries of early Indian Art and of Himalayan and South-East 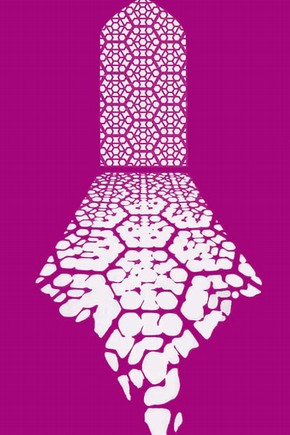 Asian art in Rooms 47b & 47a, the Indian and South-East Asian Collection still has only 5% or so of its total holdings on public display in the Museum. Although none of the Section's present staff was with the Museum in the days before 1955 when the Collection was on show in twenty large galleries in the buildings attached to the Imperial Institute,1 the memory of that past, the knowledge of the wealth of the collection and our own as well as the public concern that much more of the collection should be on display, strongly influenced the brief for the Nehru Gallery and the demand that it be designed to allow for easy rotation of material. But we had other reasons too. The gallery was to include a very high proportion of works on paper and textiles - both materials highly susceptible to damage from light.

Brian Griggs, the chief designer, developed a scheme for the display of paintings which allows us to change individual or sets of paintings without causing damage to wall surfaces. At the same time he worked closely with Textiles Conservation Section and the Technical Workshops to develop a range of textile mounting systems which would allow for the easy handling of textiles. We all discovered the delight of handling the lightweight board known as Gatorfoam and, with no regrets, said farewell to heavy, glazed, wooden frames mounted individually on the walls. Lighting was planned with care; lighting levels have been continuously monitored and we plan to upgrade the lighting as more sophisticated UV filtered light bulbs become available.

Of all the collections in the V&A the Indian and South-East Asian collection has the smallest number of items on open access to the public. Approximately half its collection is or will soon be housed at Kirtling Street. The other half - some three dimensional material and all the paintings and textiles - remains in South Kensington. Approximately 11,000 textiles and 5,000 paintings will soon be available once again to students and scholars in the splendidly re-appointed Study Room off Room 16a. Much of this material falls within the time-period covered by the Nehru Gallery and so provides a rich pool of material for display in the gallery. 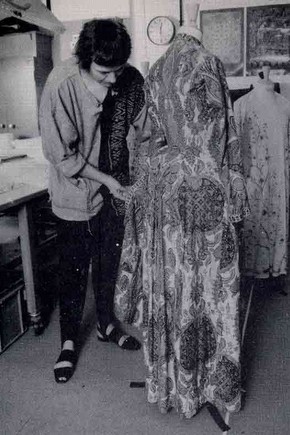 The rotation plan has, of course, important implications for the Conservation Department. Our initial aim was to change all paintings and textiles once a year. Although this was a commendable aim, we quickly realised that in practise it would place too great a demand both on the Conservation Department and on the Indian and South-East Asian Section. The fall-back plan, for an eighteen month cycle, has eventually extended to a two year cycle and we hope that this will now be manageable for all concerned as well as providing a reasonable viewing period for visitors to the gallery. The group of objects which forms the first rotation (94 paintings and 20 major textiles, to be hung in the place of material that has been on show from November 1990) was installed in the week beginning September 29th in time for the re-opening to the public on October 7th. The work for the conservation sections has been considerable. Planning for the selection of textiles and dress items and indeed work on some of the items has been in progress since the autumn of 1990 and some work for the next rotation has already started; the selection of paintings was finalised in early 1992 and actual conservation work and consequent re-mounting started in the early summer. Some dilemmas however remain unresolved. A few paintings in the collection have suffered too much from over-exposure in the past to allow for further display. Furthermore, the gallery is organised according to a scheme which allocates particular blocks of space (sections) to certain categories of material; in some cases there is a rich enough selection of material in the collection to allow for a very slow rotation of material; in others we may have only two items that can substitute for each other in the most difficult situations we have only one item or only one of the right quality or size. Clearly, as has proved to be the case with the European dress collection, we must monitor both the condition of the objects and (already controlled) light levels and include these items among desiderata to be acquired. 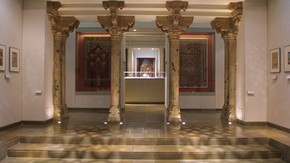 The requirements of the biennial rotation are of course only part of the total conservation need of the Indian and South-East Asian Collection. Besides immediate problems and the long-term conservation programme, the Collection both changes the display of material on show in Rooms 47a and b and lends actively to outside exhibitions. We still need to show more of our collection than can be displayed in our galleries in South Kensington. Furthermore, because of the range, quantity and quality of the material we hold, we are undoubtedly the immediate and most obvious port of call for borrowers of Indian material for almost all types of exhibition in the UK, and an essential lender for many international exhibitions. Over the next twelve months in addition to loans of individual items we are involved in two major loan exhibitions. We are sending to Japan a 150 object exhibition of arts of the Mughal period which will include objects of all media. We will also be the largest single contributor to an exhibition of Kalighat paintings organised by the South Bank Touring exhibitions. All of these activities are central to our purposes, and the support and skills of the Conservation Department are essential to their successful achievement.