The use of vacuum packing in Australia

From the middle of February I was working in Australia for just over three months based in the Preservation Branch of the State Library of New South Wales in Sydney, funded by an exchange scholarship between the V&A and the Ministry for the Arts for NSW. In addition to visiting other conservation departments in Sydney, such as the Australian Museum, the Australian Archives and the Art Gallery of NSW, I also spent time in Canberra, Melbourne, Adelaide and Darwin visiting institutional and private conservation organisations; in all I spent 14 weeks in five cities visiting 19 conservation organisations. This article focuses on one practical technique which I saw in various forms in different institutions around Australia. 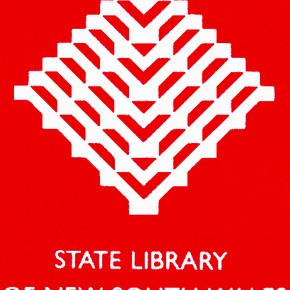 The State Library of New South Wales (SLNSW) is divided into two main collections housed in two very different adjoining buildings. The Mitchell Library is a grand classical building with a 'strong Rococo flavour', built in phases between 1910 and 1942. It contains collections such as manuscripts, maps, pictures and Australiana, which tends to be the older material. The General Reference Library is in a new building completed as part of the Bicentennial Celebrations in 1988. It comprises about 1.5 million items on all subjects and tends to be the newer collections.

The burgeoning interest in genealogy following the Bicentenary led to the establishment of a family history reading room at the library and to the increased use of newspapers as primary research material. Analysis of reader usage has shown that the social sciences are the most heavily used area of the library as a whole and specifically that newspapers are the most consulted material. Given the obvious physical instability of newspapers, there is a policy that a microfilm copy should be used, if one exists, in preference to the original hard copy.

It is being recognised in the library field that new technology can have an incremental impact on a collection; if a book or journal is translated into a microform, although one option is to deaccession the original, this is often not done. Therefore, instead of one unstable, acidic book or paper object, there is a microform, which itself has a finite life and there is still the unstable, acidic original. With the next step in technology such as CD-ROM and the digitisation of words and images, there is an awareness at the SLNSW of the potential preservation implications for at least three generations of information format.

The half a million newspapers in the SLNSW are in such demand that there can be queues to use the microfilm readers. Newspapers are notoriously unstable, therefore it is a priority within the library to microfilm them so that all the information can be accessed. There is a A$257,000 per year programme, overseen by the Preservation Librarian, to microfilm all newspapers, both current and retrospective. At the current rate of a million pages per year, approximately 70% of the collection of NSW newspapers has been microfilmed. The target is for all NSW newspapers to have been microfilmed by 2001, which will be a great achievement. But what of the original newspapers, which in line with the National Plan for Australian Newspapers, have to be retained? Rather than bind them up into books (which is costly, bulky and often unsuitable for brittle paper) or box them (which does not offer full protection) the SLNSW vacuum packs its newspapers.

Using a machine from the food industry (used to package, for example, turkeys) bundles of newspapers are put into plastic bags and the air is extracted. The bags are produced from 80 micron coextruded plastic: 70% linear low density polyethylene inside to enable sealing at a reasonably low flow temperature, 30% nylon outside to give toughness. The result is a brick-hard package, which can be easily stored and handled since it affords a lot of protection to the unbound newspapers. If the original newspaper has to be consulted, (usually for reprographic purposes, when the quality from a microfilm is inadequate for publication), the seal can be broken and the volume repackaged and resealed afterwards. The revenue generated from the reprographic work generally offsets the cost of resealing. Documentation incorporated with the sealed newspapers records when and how often the seal is broken; if more than twice it is referred back to Preservation for review as to whether a different preservation option is more suitable.

The vacuum packing machine is sited in the stacks of the new library building and is operated by library staff after instruction from Preservation Branch staff, who keep the machine maintained, bags supplied etc. The particular model at the SLNSW was noisy, having to be the heavy 'turkey-sized' machine in order to operate effectively on the large size of broadsheet newspapers. It could be used by two people at a time continuously and underuse at the library compared to heavy industrial application, was thought to be the cause of mechanical problems. Looking around the stacks, it seemed that the seal was broken more than the amount of reprographics would suggest, and it appears that the vacuum could break down if the plastic was creased during the operation or during rough handling.

Whilst the machine is interesting, what was especially interesting at the SLNSW was that it was part of a preservation strategy for newspapers whose implications ranged across many areas of the library, not just Preservation. Firstly, there was agreement between all the six State Libraries and the National Library as to collecting policies for current and historic newspapers, with each state retaining their own newspapers and returning other papers to the state of origin. Secondly the money for the microfilming project, which is the driving force behind the vacuum packing programme, is committed through a library-wide strategy, rather than being a specifically Preservation cost. Thirdly, whilst one of the main canon of the SLNSW is the accessibility of information, there is a library-wide policy that no-one can consult newspapers in their original form as long as a microfilm exists (despite the undoubted continued unpopularity of microfilms and the flow of objections). Fourthly, the process is carried out at a satellite work station in the stacks by non-Preservation staff. Fifthly, the whole programme was informed by accurate information about what readers were using in the library (this was achieved by a database project analysing slip returns by Dewey classification). 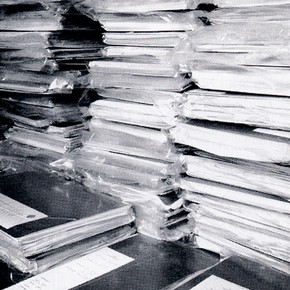 At the State Library of Victoria (SLIT) in Melbourne, there was a different type of vacuum packing machine, together with a shrink wrapping machine, used on different material to the SLNSW and for different reasons. The SLIT is housed in a magnificent 19th century building, with a glorious, soaring, circular reading room and has all the familiar 'challenges'.of environment and storage concomitant with inhabiting a listed building which has in many ways outlived its original function.

When I visited, the SLV was preparing to move parts of its collection, including the rare books, to a new storage area which would have automated 'cherry-picker' retrieval. In readiness for the move, in order to protect the largely unconserved books during that vulnerable time of moving, the Conservation Department was overseeing the vacuum packing and boxing of many of the rare book collection. The machine here was smaller and quieter, and again in use in the stacks, but operated by short-term non-library and non-conservation staff. The bags were made of coextruded Nylon 6 and Surlyn (a modified polyethylene). It was anticipated that the rare books would remain sealed in the vacuum after the move until a reader wanted them. Less valuable material was being shrunk wrapped in plastic with a heat sealer. In this machine, a volume is covered with plastic film and with the application of heat the plastic shrinks tightly around the book.

Shrinkwrapping film is biaxially orientated polyethylene, i.e. it has been stretched in two directions and therefore stressed so that when it is softened by heating, stresses are relieved by shrinkage in those same directions. The resulting pack is not as solid or hard as a vacuum pack, and has the disadvantage that the book is heated during the brief sealing process. For flimsy material or for volumes with weak edges or corners, boards have to be put either side to prevent cockling. Shrinkwrapping is cheaper than vacuum packaging and is not used on the rare books at the SLV, rather for books in the main stacks with loose bindings or loose spines in lieu of tying up with tape.

Applications for the V&A 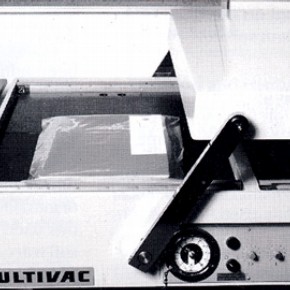 Such a programme of vacuum packaging as that operated at the SLNSW is obviously of no use for highly-used material, but is worth contemplating as part of a preservation strategy for unstable material which has been reformatted but where the original is to be retained. Some of the National Art Library's periodicals spring to mind, serials and catalogues being one area of the collection for which there is as yet no workable conservation solution.

Satellite work stations in the stacks for library staff is in line with a perceptible general movement towards the greater overlap of curator and conservator. Other manifestations of this at other institutions were a result of economic necessity but bore fruit; for example at the State Library of South Australia in Adelaide, staff reductions meant that conservation staff had to have spells as stack attendants. Leaving aside whether this was the best use of a conservator's time, working at the 'coalface' had the benefit of exposing conservators daily to the realities of handling and storage, and issues were raised and solved. By extension here, periods of secondment from Conservation to the Collections and the NAL and vice versa could be mutually beneficial, such as the experiment of a curator from Sculpture Section spending time in the Sculpture Conservation Studio.

Whilst at the SLNSW I tried using the vacuum packing machine on wet books, thinking that such a machine might be useful in a flood, as an alternative to freezing as a way of 'buying time'. I tried half a dozen sodden paperbacks and hardback books; the paperbacks were extremely misshapen as they were packaged, the hard-board bindings less so. The process did not make any of the shapes worse,,but neither did it improve them. After about six weeks, the seal on one volume had broken down. When I broke the seals on the others, the books were still wet but there was no mould. When I released the one whose seal had split, the book stank, although again there was no visible signs of mould. In the UK, Conservation by Design is marketing a vacuum sealer, from which not only can air be extracted, but other gases can be introduced. Is there any mileage for the insect pest control project being carried out by Textiles Conservation? Are there other applications apart from storage and 'disasters'? As the company also leases the machines out, it could be worth hiring one for a short period and experimenting with it.

I would like to thank the Ministry of the Arts for NSW for funding the scholarship; the Conservation Unit for help towards additional travel and the staff of the Preservation Department of the SLNSW for their extreme hospitality and generosity with time, in particular Alan Howell, Preservation Manager.