A curator's view of the ethics workshop

I was extremely pleased to be invited to attend the Ethics Workshop organised by the Conservation Department. It is greatly to be welcomed that conservators are encouraging an interchange of ideas between themselves and curators, and providing the opportunity for the latter to comment on their practice.

The two days were extremely well structured and brought into play a number of ploys to engage the audience. Short object-oriented presentations of discrete ethical problems by conservators and a few curators were subjected to analysis by Dr Susan Wilsmore, a consultant from SJW & Associates International in Bloomsbury, to draw out their wider implications. They were also complemented by a variety of sessions of different flavour, including group work and feedback, an intriguing paper by Daniel Alexander, Barrister-at-law, on how law on ethical matters is established, and relevant insights from a panel of professionals active in a diverse range of fields from dentistry to business. There was also plenty of open discussion facilitated by Susan Wilsmore and Jonathan Ashley-Smith, who created an enabling atmosphere conducive to the exchange and development of ideas. 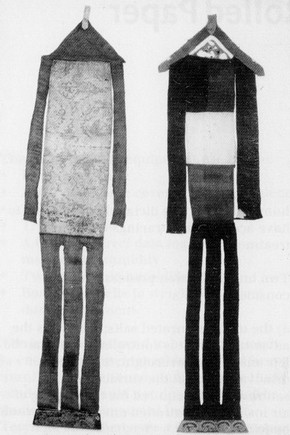 Fig.6. Buddhist Temple Banners: Is removing them from their own culture a reversible process? (click image for larger version)

Out of this richly textured programme common themes emerged. What any of us remember them as being will inevitably be influenced by our own agenda. Will my curator's memory coincide with those of conservators or will some fellow-delegates even wonder whether we were, indeed, at the same workshop? That said, the themes which were among many in need of more airing and which I would like to highlight are:

One characteristic that these themes share is that they are all brought into sharp focus by the institutionalisation of the object, itself a process which not only has a dramatic effect on any object's future history but also distorts (and indeed adds) to its meaning. Such musings are the bed-rock of object-based studies and should be more widely debated in the Museum, not only by a pooling of thoughts by curators and conservators but also by those involved in the study of art and design from a non-museum perspective. 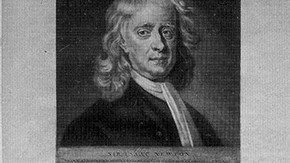 In addition I believe that these issues, which help to define both the physical and spiritual essence of any object, should also be presented to the public in the galleries. There are a number of ways in which this could be done. An exhibition could be staged; properly marketed it would probably be popular but after it was over, all that would remain would be a rarefied catalogue. Materials and Techniques Galleries might address the particular material not only in its peak of condition, whatever that is considered to be, but also illuminate the changes that occur over time, how these have traditionally been valued, what can be done to enhance or minimise them, and what effect these measures whether preventive or interventionist might have on the physical and spiritual life of the object.

The option I favour, however, is the devotion of a high-profile but not necessarily large space to a regular changing display of four or five case studies which would highlight similar issues through different object types and treatment. For example the dilemma of what to do about missing or terminally deteriorating parts could be as compellingly, although quite differently, presented by either Hendryk de Keyser's roodloft-figure of St John the Evangelist with the suggestion of his missing footsupplied by Charlotte Hubbard, or Otto Eckmann's chair made for the Paris Exhibition of 1900 with its reproduction of the tooled leather upholstery meticulously copied by John Kitchin. The rotted original would need to be shown nearby. Equally the impact of conservation on the spiritual emanation of an object could be as tellingly presented by the Eastern textiles sanitised with some regrets by Anne Amos to prolong their physical existence, or by the irreversible removal of corrosion products from South American archaeological metalwork in order to show as clearly as possible their appearance at the point of manufacture at the expense of that at any other period, questioningly presented by Leesa Vere-Stevens. Even if not everyone who looked at the display was engaged with the intricate complexities of every point made, most would have a much clearer understanding of the extent to which objects, once they have been collected by museums or by members of the public, have their natural histories, their physical make-up and their spiritual meanings altered.