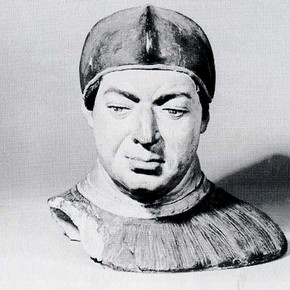 For the last two and a half years I have been working on the polychrome terracotta bust of Giovanni de'Medici (Museum No. A29 -1982). (Fig.1) The conservation of the bust entails a mechanical removal of two layers of overpaint from the face area. I have so far spent several hundred hours at my microscope, carefully removing the overpaints with a scalpel at a rate of approximately 1cm2 every two to three hours, and have therefore got to know the object intimately. However, the research and analysis was carried out earlier in the project by another V&A sculpture conservator, Annie Brodrick.

The bust, which is Florentine in origin, has been identified as Cardinal Giovanni de'Medici. The most likely date is between 1512 and 1513, prior to his election to the papacy (in 1513) as Leo X. The artist is unknown, although attributions have been proposed. 1,2 Thermoluminescence dating has confirmed the date at between 1493 and 1753. 3 It is a rare example of a Renaissance terracotta portrait bust which has retained its original paint, as many were stripped during the nineteenth and early twentieth centuries. The initial research provided valuable information regarding the materials and techniques employed, particularly in comparison to another V&A object, the polychrome terracotta portrait bust of Henry VII by Pietro Torrigiano, which was the subject of separate research. 4  It was Giovanni de'Medici who, as Pope Leo X, commissioned Raphael to provide the cartoons for a set of tapestries to decorate the Sistine Chapel in Rome. The bust has been chosen for display with the cartoons in the new Raphael Gallery, and it was therefore decided to continue with the removal of the overpaint from the face.

Since its acquisition by this Museum in 1982, the bust has undergone a transformation with the almost completed removal of the overpaint. Apart from a broken right shoulder, the bust has suffered no major damage since the time of its execution. Its state of preservation is remarkable.

The construction of the bust indicates a combination of a life mask, taken from a plaster mould and finished by modelling, and of sculptural modelling. A thin gap which encircles the face supports this theory. The rest of the bust appears to have been modelled as no cast lines have been found. The hollow interior of the bust shows clear signs of modelling, such as finger marks. There are wire marks on the underside of the bust where it was removed from the board on which it was modelled. The clay walls are between 2 and 3 cm thick, and two additional walls of clay reinforce the shoulders on the inside.

An extensive analysis has been carried out to identify the clay used in the execution of the bust.1   It is a loessic clay which has a high content of quartz and feldspars and a low clay mineral content. This particular combination of materials shrinks very little, if at all. The firing temperature has been established at between 500 and 800 °C. The terracotta displays numerous small firing cracks and several larger ones. The most obvious one runs from the top of the head, across the forehead and the left eye down to the left cheek. It has been suggested that the damage to the nose occurred during the cooling after X-radiographs have been taken to confirm the visual inspection of the bust.

A later filling, found in a damaged area below the chin and in several cracks, had caused disintegration of the surrounding terracotta. The filling has been analysed by Fourier transform infra-red spectroscopy (FTIR) and, although this was inconclusive, there is a strong chance it is a degraded plaster of Paris 5 . The filling has been removed where possible and the friable terracotta consolidated.

The original polychromy of the bust was carried out in egg tempera, with a possible addition of drying oil. 6  It appears to have been painted speedily using a 'wet on wet' technique with more attention to detail on the proper left side of the face, such as the beard and moustache stubble and the delicately painted lips. The addition of oil to the medium would have slowed down the drying time and facilitated easier blending of colours. The original polychromy covers the damage on the nose. The polychromy of the eyes is not original and later overpaints have been retained. The back of the neck was originally unpainted. The two layers of overpaint which currently cover it will be removed with dichloromethane.

The pigments used for the flesh tones are lead white, purple-brown ochre, red lake, a little red lead and a dark brown or burnt madder lake. The clerical cap was originally painted with dark purple lake which has darkened to black. A later black layer was applied in this area but no overpaint removal has been attempted. The red band of the cap was painted in vermilion and glazed with red lake. The original pigments found are consistent with the date of the bust 7 . 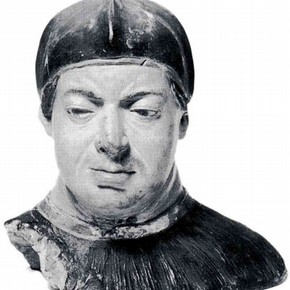 Fig. 2. After overpaint removal, before filling and retouching. (click image for larger version)

The extremely time-consuming overpaint removal has, over the years, constituted most of the conservation work. Two conservators have intermittently worked on the bust over periods of ten and two and a half years respectively. The only change in the conservation materials during that time has been the substitution of the consolidant, Paraloid B44, with Paraloid B72. Paraloid B44, where applied in a thicker layer over the uncovered polychrome of the face, has developed microscopic craquelure. As the reasons for this occurrence were not known, in 1993 it was decided to switch to a well tested Paraloid B72.

The projecting head and the lack of the original paint at the back of the neck suggests that the bust was intended to be seen in a niche from below. A display case has therefore been designed to provide a similar viewpoint, with the added benefit of showing the object in the round, at about eye level.