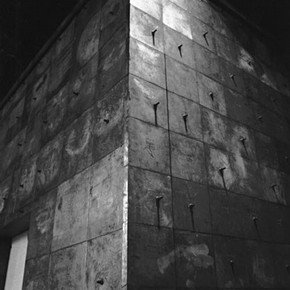 The name of the laboratory may be unfamiliar to you. It is dedicated to the memory of Michael Snow (1932-1990) in appreciation of his selfless support which enabled the Museum to start the reconstruction of the Research and Conservation of Art centre.

The new laboratories for the Science Group have enabled, for the first time since the Conservation Department was formed in the 1960s, all the scientists to work in the same geographical area. In the past we have been separated and spread across the South Kensington site of the Museum on up to five sites, separated by stairs and corridors. Bringing us all together gives a valuable opportunity to learn a lot more from each other and the total will be more than the sum of the individuals.

Based on the ground floor (level one) of the refurbished building, we share a corridor with the Museum's Photographers, Sculpture Conservation and Textile Conservation and so we feel very much involved. The accommodation is large, with separate areas for our desk-based work away from the bench based work; a division of tasks that, until now, could not be achieved. 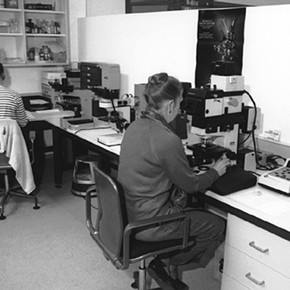 The design of conservation studios is now considered to be more complex than that of a hospital. Such is the complexity of services required that detailed planning and detailed implementation is a necessity. It is the post installation snagging that is proving to be the most personally testing period. The 'tweaking' and minor modifications that are required to get the accommodation fully functional is time consuming.

Enough of the building - let's turn our attention to the staff. Having come from separate laboratory spaces to one large space requires a change in many of the work practices that individuals develop over the years. Breaking down these established work practices is painful for all concerned, after all we do not willingly volunteer for change - it is usually thrust upon us. This again causes individual frustrations as systems must be adapted to encompass the new set-up. A period of around three months has been necessary to 'bed-in' and develop some of the new patterns of work required. There will be an estimated period of a further three or so months before everything - both the building and the new work practices - are functioning to an acceptable standard. 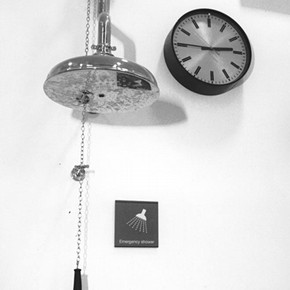 The future is the most interesting part of this project. We have established a core group of scientists who are building up knowledge and expertise about the collection and about how to best store and display it. The big question now is how to effectively and efficiently disseminate this information. Once again change is thrust upon us - this time in the guise of the computer. For many years now I have been requesting the provision of a fast and effective computer network. We need a network to spread the information we generate across the whole Museum and beyond. There are the obvious 'customary' techniques such as this Journal in which we can pass the word on. However, on another level, and with a more rapid-response, modern computer network we have the ability to communicate on a one-to-one basis at minimal cost over large distances.

So, we have the internal computer network that allows us to rapidly spread our reports to the people who need them and also maintain our own internal information management systems. Beyond the confines of the Museum we do have an obligation to a much wider audience and it is our intention to fully utilise the Internet to allow access to at least some of our files. This is most likely to take the form of access to the V&A's home page and then into copies of the abstracts of our reports.

I have attempted to give a brief overview of the moves with indications of the gains involved. The path of these changes is not always smooth but always interesting.