This is a question conservators at the V&A are regularly asked, the context usually being when an object in the collection is requested for an exhibition. The Conservation Department is called in to ascertain whether the object is in a condition to travel or can be made fit to do so. If all is agreed, the necessary work is carried out, the object's condition as it leaves the Museum is detailed and, finally, off it goes. 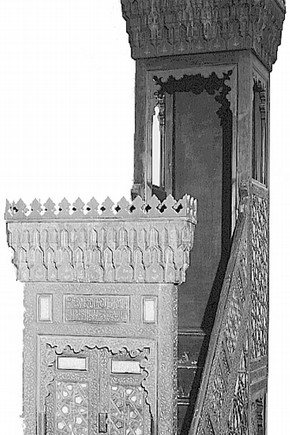 This procedure works for most objects, but when the question was asked about the Qaitbey minbar (Museum Object No.1050-1869) a different approach was needed. It is a wooden object standing approximately seven metres tall, built almost 500 years ago and whose principal decoration is a complicated geometric pattern made with joinery not even glued together, and one of the largest objects the V&A had ever considered for loan.

A minbar is a set of decorated steps used in a mosque from which the Imam leads Friday prayers and delivers his sermon. The Qaitbey minbar is elaborately decorated - the entrance doorway, sides, rails and access doors are an intricately joined moulded frame and panel structure with carved ivory panels at the centre of wooden panels, all in repeating geometric shapes. As Figure 2 indicates, the effect is mesmerizing. The frame and panels together become a panel which is bounded by large incised and painted beams. At the top of the steps is a platform topped by a cornice, within which is an octagonal support of similar construction on which rests an onion dome. This is ultimately topped by a bobble and crescent finial.

The minbar comes from Egypt and the incised Arabic calligraphy attributes the generosity for the minbar to Qaitbey, the Mamluk Sultan from 1468 to 1496 AD. It came to the Museum as an early purchase in 1869. Only about 60% is original, the rest being support structures built by the Museum's joiners. It was installed in its current position in the Islamic Gallery in the early 1960s and, except for occasional cleaning, had sat untouched until three years ago.

The Royal Academy requested the minbar as one of several objects from the V&A to be displayed in the exhibition entitled Africa: Arts of a Continent (4 October 1995 - 21 January 1996). Furniture Conservation, the Furniture and Woodwork Department, the Royal Academy, and Momart (the art movers who would ultimately be handling the disassembly, move and reassembly) met to discuss whether it was possible for the minbar to be moved and, if so, what  needed to be done. It was decided to proceed with the disassembly and begin a programme of consolidation and cleaning with the understanding that if, as we progressed, it did not look practicable, the programme would be cancelled. Momart was to disassemble it under Furniture Conservation's supervision, the procedure being photographed throughout. The 'Minbar Conservation Team' consisted of me and two independent conservators - Martin O'Connor and Clifford Deighton. The brief was to consolidate, clean and detail the condition of the object.

Initial investigations showed a basically sound structure, albeit with odd bits of bracing and a rocky plinth. The interior, until then virtually inaccessible, was profoundly dirty. The surface seemed to be relatively stable and clean despite its benign neglect. For all our concern, the minbar came apart without surprise or incident. The joinery held superbly, allowing a certain amount of flex while firmly holding together. The structural questions having been answered, we turned our attention to the surface. 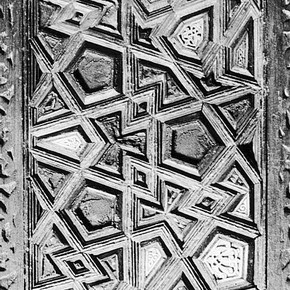 Figure 2. Detail of the minbar's side panel. Photography by Albert Neher (click image for larger version)

The cleaning tests quickly moved away from the use of solvents for several reasons. The practicality of cleaning such a large object out in the galleries with solvents of any kind presented unreasonable health risks and logistical problems. Also, the solvent tests were only minimally more successful than dry cleaning with a brush. Ultimately we settled on Draft Clean Powder (Conservation Resources (UK) Ltd) comprising of fine granules of rubber which pick up and hold dirt (initially developed to clean pencil drawings of graphite residue). The procedure entailed liberally sprinkling the granules on the surface, gently manipulating with a soft clean brush and then vacuumed. Two treatments left the surface very clean.

The incised ivory panels proved a puzzle. Some were the usual range of ivory colour, while others were differing shades of grey (Figure 2). We initially thought that a coating had been applied to those panels which had darkened with age. All attempts at cleaning failed to make any impression. At the same time we were puzzled by the texture of some areas of the painted surface, which was slightly blistered and had a 'cooked' appearance. It had clearly been in a fire, with areas of light and moderate scorching, but from the location of the burn marks the minbar was probably not assembled when it occurred. 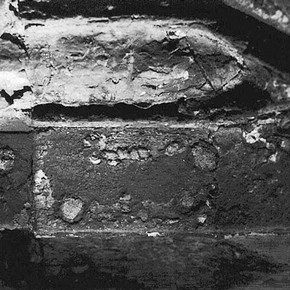 Armed with this knowledge, we stopped worrying about the ivory and concentrated on the painted surfaces. In spite of the fire damage, the general condition was good; only small areas of flaking needed consolidation and this was done with isenglas (a fish glue).

Another anomaly was that areas of the wooden structure had wet rot damage, suggesting that it had been standing in an extremely damp environment at some point. Again, damage was found in areas suggesting that the minbar was in pieces when the damage happened.

During the examination, two interesting features not mentioned in any of the records came to light. The first was raised decoration on the inside of the balusters which had been over-painted and only noticeable in strong raking light. The second was the surface of the octagonal structure holding up the onion dome. Hidden inside the cornice, its surface was mostly obscured and is probably original (Figure 3) - a gesso-like coating with evidence of paint and gilding, now damaged by age and fire.

It was a bold decision by the Museum to attempt the loan and both the exhibition and our understanding of the minbar were enhanced. Apparently inspired by its success, the question came: 'Can it go...to Berlin?'