Judging by the fact that more than 450 delegates attended this conference and many were turned away, it is obvious that lots of people do indeed care about modern art. This symposium was the culmination of the work of the Foundation for the Conservation of Modern Art, which was set up in the Netherlands in 1994 to investigate the possibilities in the field of conservation of non-traditional objects in contemporary art. This extremely well organised symposium, which was spread over three days, reflected the project itself in the following ways:

A wide variety of objects were discussed; these objects presented a range of ethical and aesthetic problems, as well as problems relating to the materials themselves. An interdisciplinary approach was taken, with conservators, curators, art historians, scientists, legal experts and philosophers contributing papers. Methodologies and models for registration, documentation and decision-making in conservation were proposed.

The symposium's main venue was the concert hall of the Royal Tropical Institute in Amsterdam; a comfortable chamber with magnificent carved wood decoration. After the opening sessions described the project, problems and several of the objects studied, delegates were transported in the early afternoon to the Museum Boijmans Van Beuningen in Rotterdam, where the ten pilot artworks studied throughout the project were on exhibition. Many materials were represented in these pilot objects ranging from plastic, rusting iron, birds, fabric, herbs, fluorescent tubes, to asbestos and red velvet. The oldest object was '59-18', a polyurethane foam sculpture by Henk Peeters dating from 1959. The foam is badly discoloured and degraded. 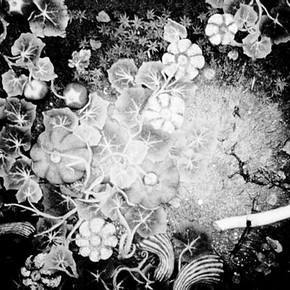 The most recent piece was 'One space, four places' by Tony Cragg, made in 1982 from many different types of waste material picked up from the Rhine basin. It was interesting to see what decisions and progress had been made on the conservation of the brightly coloured polyurethane foam 'Still life of water melons', by Gilardi (Figure 1), which I had been invited to see two years previously.

The programme for the second day was divided into a morning session of presentations, an afternoon comprising of 17 separate workshops, and a 'Directors' Forum' in the evening followed by a buffet in the Stedelijk Museum. The workshops were held in various locations and brought together participants interested in particular aspects of modern art conservation for discussion.

The opening speakers for the final day of the symposium had the unenviable task of addressing a depleted audience thanks to the generous hospitality of the previous evening. 'Development of a decision-making model for the conservation of contemporary art' was not the ideal early morning eye-opener but posed a challenge to those who had availed of the previous night's free-flowing refreshments. However, many gave up the fight altogether, as speaker number two debated the finer points of Aristotlean versus Platonic philosophies regarding decision making. The best presentation of the day, in fact, of the entire symposium must go to Koen Limperg, a lawyer, whose witty slides and deadpan delivery  made the legal aspects of conservation into an extremely entertaining 25 minutes. If he ever gets bored with the law, a career as a stand up comedian is assured.