A Brief History of Quilling 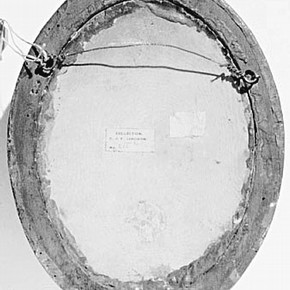 There is scarce information about early quill work dating from before the middle of the seventeenth century. Travellers have been reported as having seen examples of these intricate designs in old churches throughout Europe. It is noted that early quill work was first used as  decoration in religious houses as early as the Medieval period. Monks and nuns had an immense knowledge of inks, paints and gilding and wanted to decorate the screens and panels in their monasteries and convents to imitate the metal filigree work which had originated during the Byzantine period. Quilling adapts well to mosaic designs.

In 1495 England had its first paper mill which played a significant factor in the development of quill work. Paper, being far less expensive than precious metals, was cut into thin strips which were rolled into assorted shapes then arranged together in elaborately constructed designs. Once painted and gilded, if viewed from a distance, the quills could imitate metal filigree. Designs have been found in English churches and religious houses dating from the fifteenth century up to the reformation in the sixteenth century. It is thought that close examination of early panels and screens in churches throughout Europe may show early surviving quill work. 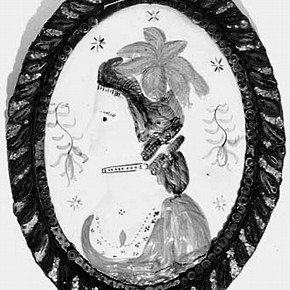 A revival of decorative panels and elaborate designs surrounding miniatures followed in the seventeenth century. Paper filigree appears to have been a substitute for expensive paintings during the reign of Queen Anne. A rekindled interest developed among young ladies  in the eighteenth century who would practise quilling, along with other handicrafts, between social events. During this period professionals taught the craft and sold their own finished work. Objects from this phase include tea caddies, framed panels, ink trays, cabinets.

There appear to have been many revivals of quilling in America with a particular interest in the decoration of sconces - candlesticks.  Whenever metal filigree became fashionable there was an awakening interest in the use of paper as a substitute.

The Eddison Collection of Theatrical Material

The quilled frame belonging to the ceramic plaque of Sarah Siddons (Museum No. S.1071-1996) is part of a collection of theatrical material accumulated by the actor Robert Eddison (1908-1991). The collection includes prints, drawings, watercolours, books and ceramics of Georgian theatrical material, most of which is rare and of national importance. Robert Eddison was a great classical actors' actor who cared for little else other than the theatre.

The ceramic plaque is a portrait of Sarah Siddons (1755 - 1831), an outstanding  actress of the English stage who had a great effect on her audiences. She excelled at tragedy.

Conservation of the Quilled Frame

The object  is made up of three components: 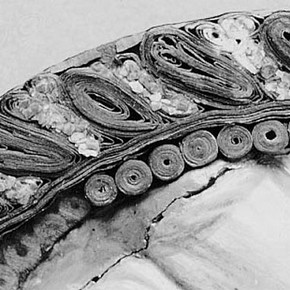 When the object arrived in the studio it was in very poor condition. The frame was split: lots of quills were missing and those remaining were very dirty (some being decorated with small pieces of shell). The ceramic plaque had an old infill repair on the lower rim, and the back board was attached to the frame with sealing wax.

Close examination showed that the infill was also made from sealing wax and was attached to the backboard. Luckily there was a large gap separating the sealing wax and ceramic allowing easy removal of the backboard and old repair without inflicting any further damage to the plaque or the frame. The plaque was taken to Victoria Oakley (Head of Ceramics & Glass Conservation). The old infill had been made too big for the plaque, forcing the frame to split at the top, which had caused stress to the paperwork in the surrounding area. Tim Miller (Senior Furniture and Woodwork conservator) repaired the frame using a glue solution of Hoechst MowilithTM DM132 39-9363. 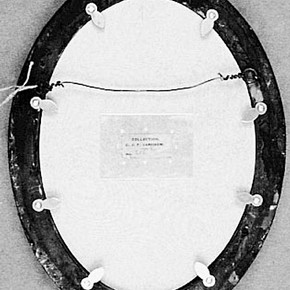 Pauline Webber (Head of Paper Conservation) advised on the cleaning and conservation of the existing quills. Most of the surface dirt was too ingrained to remove, although slight cleaning did brighten the quills up without drastically changing their appearance. They were cleaned using a cotton wool swab moistened with saliva. The swabs were made small enough to allow access in and around the coils. Some of the dirt and grease was removed by swabbing with saliva (containing a mild enzyme). The quills were quite difficult to treat as the object is so small. Great care had to be taken not to apply too much pressure as the edges of the paper were already frayed and could be easily damaged further. The small areas of shell on the quilling will be dealt with at a later date.

It was decided to replace the missing areas of quilling with new quills. Any papers that were used in repair were chosen for their similarity in weight and texture to the existing papers. Examination of the underside of the loose quills showed the original colours of the quills (blue and cream) and that the round quills were made up of two pieces of paper. To make the new quills mould-made papers were toned to a shade of blue and cream as near as possible to the original colour. The papers were cut into long strips which were the same width as the existing quills (3mm). Traditional quilling seems to have been made using 3mm wide strips, giving depth and a 3D effect without being too bulky. The strips were lightly pasted with wheat starch paste then rolled around my improvised quilling tools - a straightened out paper clip, a pin and a small bradawl! After many attempts the quills started to roll out. 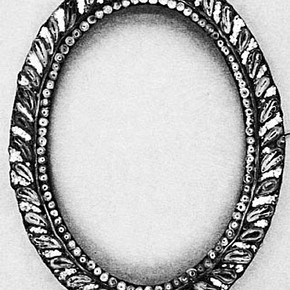 The cream paper was coiled first, cut when enough had been rolled and then the blue paper followed covering the outer edges. Different size quills were made to fit the different parts of the frame. The ends were secured using wheat starch paste and when dry they were toned with watercolours to look like the existing quills. Any odd shaped quills were made, then coloured in the same way.

Any loose pieces of paper or slightly unattached quills were secured and any loose original and replacement quills were attached to the frame using wheat starch paste. The outer edge of the frame had a paper border. Areas where paper was missing were replaced with a modern 'antique' paper, toned to the shade of the surrounding area then attached using wheat starch paste.

The label on the backboard was removed using water, dried and pressed, then encapsulated in polyester and attached to a new backboard using BevaTM . The new backboard has been cut from hardboard which, after consultation with Pat West (Framing specialist in Prints, Drawings and Photographs Department), is held in position using sliding clips (Figure 3). The clips have been screwed into the verso of the frame to avoid any banging of the frame which may have upset the quills, the repaired split in the frame and possibly break the ceramic plaque as it would have to have been in position if it were being framed in the standard way.

The frame and plaque will be reunited in Ceramics Conservation.Victoria Oakley's suggested treatment for the plaque loss is to make a new infill for both aesthetic and safety reasons. The filling will be made from synthetic fillers such as All Purpose PolyfillaTM (a cellulose reinforced plaster of Paris) and Fine Surface PolyfillaTM (vinyl acetate co polymer mixed with organic mineral fillers), supported temporarily by dental wax whilst drying. It will be levelled and smoothed to the desired finish then retouched by hand using acrylic paint to match the adjacent areas.

Other Examples of Quilling

On display in the V&A British Art and Design galleries there are various examples of quilling. A quilling kit containing all the necessary implements is on show together with examples of tea caddies, trays and panels.

Thanks to everyone who helped.