An investigation into the archival properties of colour photocopies and inkjet prints: Summary of a project undertaken at Camberwell College of Art as part of a BA in Paper Conservation, Spring 1996

Anna Hillcoat-Imanishi
Graduate of RCA/VA Conservation Course 1998, MA in the Conservation of Indian and Southeast Asian Art on Paper 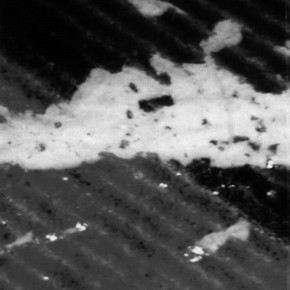 Figure 1. This crack in the image layer of a colour photocopy occurred after folding the paper just twice. Note the splintering of the brittle toner. (magnification x60 approx.) (click image for larger version)

Colour photocopies and inkjet prints are part of our everyday life as economical and accessible ways of colour reproduction for the individual. Both of these technologies have been designed specifically for the small scale office reproduction market or the personal publication market.

They also find wide distribution through their use by experimental artists, designers and text creators and by almost everybody as a cheaper alternative to photograph enlargement and poster production. The most important exhibition in this context was Electroworks, sponsored by the Xerox corporation.1 David Hockney has also extensively worked with the medium.2

Although a large volume of colour photocopies and inkjet prints are produced every day comparatively little is known about their production, their behaviour in normal environmental conditions and their reaction on exposure to light, humidity and pressure. Their ageing characteristics and their storage needs are also unknown.

This is due to the relative novelty of the technologies: both processes have existed for less than thirty years. Because of their popularity and use by artists and designers, their characteristics and archival properties merit investigation. Works of art, documents or ephemera produced with one of these methods can pose serious problems for conservators and curators.

A series of experiments was therefore conducted to the test the reaction of colour photocopies and inkjet prints to everyday environmental conditions3 and selected paper conservation treatments. Additionally, the project aimed to establish the characteristics of colour photocopies and inkjet prints with regard to their structure, distinguishing features and preservation requirements. The experiments were performed with an image reproduced using a dry tone colour photocopying machine by Canon®4 and an inkjet printer connected to an Apple Macintosh® computer.5

From the results of the experiments one thing has emerged with clarity: colour photocopies and inkjet prints are fragile and complex objects.

Inkjet prints, due to the use of dyes in their fabrication, are extremely light-sensitive, with severe colour changes occurring during an exposure to a  Microscal® light fastness tester 500 Watt bulb for 176 lux hours. Dry toner colour photocopies, on the other hand, are almost lightfast when exposed for 178 lux hours. Light exposure also severely discoloured the paper supports. 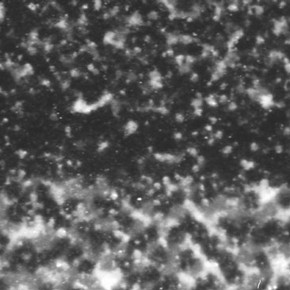 Thermal ageing at 80 oC produced no visible damage to the image on the inkjet prints but the paper support had deteriorated. Colour photocopies however reacted very strongly to prolonged exposure to 80 oC, with fusion of the toner resulting in a highly glossy surface. If the temperature had been higher the toner could have melted completely, resulting in bleeding of the image. Although the surface characteristics are changed, there are advantages to a melting of the toner: the plastic image layer is more flexible, the image/paper bond is stronger and the image is less prone to abrasion. In both cases the paper supports had yellowed badly and were less flexible than before thermal ageing.

Although thermal ageing is an extremely artificial test of the archival characteristics of an object (a print will probably never experience prolonged temperatures of over 80 oC) it can still offer useful guidelines. In this case it is obvious that the toner is not fully fused when the copy is produced, leaving the image layer vulnerable to toner flow under pressure or at increased temperatures. This explains the blocking (sticking together) of stacked colour photocopies. The toner also contains significant amounts of polyvinyl chloride and plasticisers which can soften other plastics in close contact with a colour photocopy.

The pH of inkjet prints was compared to that of blank inkjet paper and this indicated that the printing inks were slightly acidic. The pH of the dry toner colour photocopies could not be measured because the pigment layer was not water soluble.

The measurement of the paper/image bond with smudge-, peel- and fold-resistance tests revealed that this bond was weak. The image layer of dry toner copies was very brittle, showing a glass-like splintering when folded (Figure 1). This was underlined by poor performance in peeling and smudging tests.6 Inkjet prints also performed badly in the peel- and fold- resistance tests. 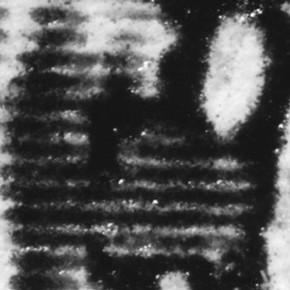 Figure 3. The striated surface of the image layer on a colour photocopy. (magnification x60 approx.) (click image for larger version)

This led to the discovery that the inks were not resting on or in the paper surface but in a crystalline coating on the paper which is designed to prevent bleeding and smudging of the inks on image production. It also aids in drying and building a crisper picture when the print is produced. This coating, however, can very easily be disturbed through abrasion or moisture due to very poor bonding with the paper sheet surface.

Relative humidity (RH) sensitivity tests revealed that the specific papers used for both techniques are very moisture-sensitive and cockle vigorously with rapid rises in RH. Cockling was first observed at a rise of 8%. This is probably due to the shortness of the fibres used, glazes, coatings and fillers in the paper. Furthermore, the water-impermeable image layer of the colour photocopy did not allow the paper to relax completely upon increases in RH and so stresses were built up within the object at the interfaces of plain and printed paper as well as underneath printed areas.

These stresses could, if prolonged, lead to permanent distortion and even fibre failure in the affected areas. Inkjet prints also had difficulty with relaxation: during the test cockling occurred between the heavily and lightly printed areas of the sample. But the washing experiment indicated that complete relaxation of inkjet prints was possible on longer exposure to high humidity.

After completing the washing experiments the following conclusions were reached: washing an inkjet print or a colour photocopy is harmful due to the irreversible damage water causes to both object types. The manufactured surface characteristics are damaged or destroyed. Inkjet inks are extremely fugitive. On drying, distortions are created within the paper support of colour photocopies and cracks in the toner layer are likely on exposure to water. This is due to the difference in rate of expansion between the paper fibres and the impermeable toner layer. Friction drying7 was revealed as the best drying method for both inkjet prints and colour photocopies as all other methods tested resulted in too much ink loss, blurring, excessive cockling or shrinking.

Finally, some repair and retouching methods were tested on the samples. The application of water-based adhesives was problematic as cockling and poor adhesion were common. Due to the nature of the paper, even repairs using the same paper as the supports showed up very strongly. Attempts at retouching using watercolours and colour pencils gave similarly poor results because the surface texture and the ink distribution pattern created by the printing processes could not be recreated (Figures 2 and 3).

I am indebted to Dr. Bob Thompson of London College of Printing and Distributive Trades for encouragement and invaluable information.