Wednesday 30th September saw a lively meeting of the UK Conservation Scientist Group at the V&A. The topic was 'Showcases and Web-based services'.

As the new Science Education Officer at the British Museum, I went along to find out just what a group of Conservation Scientists talks about. The title did fill me with a little trepidation. Was I really going to spend six hours hearing about showcases? However, once there I quickly realised that for anyone working in Museums, questions about showcases are serious. If we want to conserve the collections and allow public access, the choice of transparent display casing, as perhaps showcases should be called, and their internal fabric is of key importance. All in all it is a tricky job to find a compromise between cost, design criteria, available materials, timing and protection of the objects from humidity, pollution and the showcase materials. I now look at showcases with a different eye and sometimes find myself forgetting  to look at the artefacts!

We discovered that there are a number of web initiatives that will lead to improved networking among scientists and will provide on line access to publications and for educational purposes, including virtual museums, the Royal Society of Chemistry site, and a large range of data-bases.

All this plus a tour of the labs and workshops of the V&A.

Traditionally, it seems in some circles, it has been accepted that x-ray diffraction (XRD) is the instrument to use for identifying minerals. Recently, a 17th century casket was brought to Science and Information Section for analysis. A material covering the object  was thought to be micaceous, though some doubts had been expressed. Not having immediate access to XRD it was decided that we should use our Fourier transform infrared spectrometer (FTIR) to shed further light on the nature of the material. FTIR was in fact ideal; not only would it have identified any polymer present (therefore saving embarrassment!), it was also suited to identifying mica. Mica has characteristic OH-stretching near 3622 cm-1 and a couplet at  825 cm-1 & 750 cm-1 due to  Al-O-Si vibration. Polarising microscopy may also be useful for identification, though this would require more involved sample preparation and interpretation.

FTIR, like XRD, does require a sample from the object. This was obtained from a small fragment of material that had detached itself from the objects' surface. A standard potassium bromide (KBr) disc was prepared for FTIR analysis, though care was taken in grinding since, if the material was mica it could abrade some of the mortar and pestle into the sample. The resulting spectra produced a good match for mica, both against our reference samples and those described in the relevant literature. 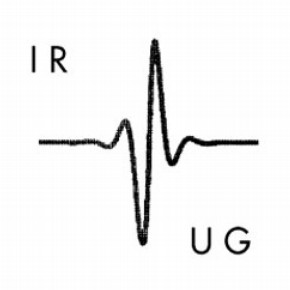 The third international meeting of the InfraRed Users Group (IRUG) was held at the Winterthur Museum, Garden and Library, Winterthur, Delaware, USA, between 28-30 May last year. Apart from the nearly twenty presentations, covering topics from new, rapid sampling techniques through to search algorithims used with spectral libraries, the meeting included a spectral interpretation workshop and finished with a half day business session.

The group has now elected a steering committee and a panel of editors to validate in excess of 1000 spectra in the IRUG's database of infrared spectra submitted by members. The database will be compiled for the next meeting (Maastricht, Holland November 1999) and will be made available to members.

For further information, please visit the IRUG web site, sponsored by the Philadelphia Museum of Art, at URL:www.irug.org.