So that's why Textile Conservation has such a Big Studio! - Tapesty Washing at the V&A 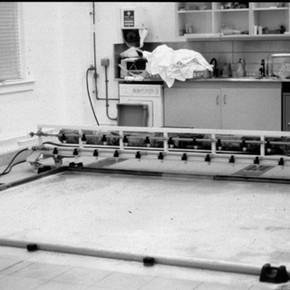 The Textile Conservation Section moved into their new purpose-built studio in December 1995 (See V&A Conservation Journal 20, July 1996). The studio is separated into two areas - a 'wet' area and a 'dry' area. This article focuses on the wet area, the new equipment designed to assist in the washing of large textiles and the first tapestry washed in the new studio.

Approximately one third of the total studio space is designated as a wet area. This is located at one end of the studio and is bordered by a series of drains set into the non-slip tiled floor to prevent any movement of water into the dry area. A wash table is located here, but for very large objects such as tapestries, the table is wheeled out and a wash bath constructed on the floor (figure 1). Tapestries by their very nature are large and often weak, especially when wet. Specialist equipment and a large space are required to allow such objects to be kept flat during washing and to minimise handling whilst wet.

Equipment & construction of the wash bath

When constructing a wash bath on the floor, plastic tubes are used to form the walls and a large piece of strong polythene is used to make the floor. The size of this bath can be varied to accommodate different sized objects. The bath is filled with water using a hosepipe connected to a de-ionised water supply. Previously, the textile was rinsed either by hosing, or walking a spray bar connected to a hose up and down the bath. This was slow and cumbersome, so with the move to the new studio plans were made to improve this operation. A lightweight mobile gantry with spray bars attached was specified by the V&A and constructed by Borley Brothers, Cambridge (figure 1). 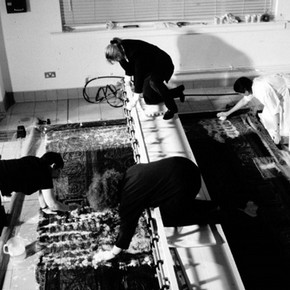 Figure 2. The gantry in use, sponging the tapestry. Photograph by V&A Photo Studio (click image for larger version)

The gantry, which is made from powder coated aluminium, is strong enough to support two conservators allowing access to the centre of the tapestry during washing (figure 2). The wheels on the gantry can be locked into position to prevent any movement when someone is standing on it. The two spray bars, each fitted with fifteen nozzles, are connected to the main de-ionised water supply (figure 3). The rate of flow can be varied and each nozzle can be switched on and off independently to accommodate different sizes of textiles. As the gantry is mobile, it can be pushed up and down to distribute the water evenly over the object.

The dimensions of the studio limited the length of the gantry to 4.5m; this in turn limits the size of tapestry that can be washed. The critical measurement is the height of the tapestry as this is at right angles to the warps. When rinsing it is preferable for the water to flow in the warp direction as the warps are the strongest part of the structure. If the water flows in the opposite direction the pressure may break the weaker wefts causing the warps to split apart.

It is calculated that the largest tapestry, which could be washed completely flat on the floor, is one with a maximum height of 3.7m. The gantry can then pass over the tapestry with an overall clearance of 30cm at the sides to accommodate the walls of the bath.

History of the tapestry 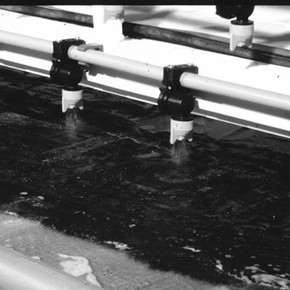 Figure 3. Detail of the nozzles on the spray bar (click image for larger version)

The wet cleaning of textiles, including tapestries, is no longer a routine treatment at the V&A as it is an irreversible process and because the conservation profession now has more knowledge about the potential damage which may be caused by washing. An extremely dirty tapestry, chosen as one my projects and undertaken during the second year of the MA course in Conservation in 1997/8, provided the first chance to use the floor of the wet area and try out the new gantry.

It was an early 17th century all wool tapestry (Museum No. HH 522 1948) thought to have been made at Mortlake which at the time was the centre of the English tapestry industry. It measured approximately 3.5m in height by 2.6m in width. The tapestry had been sent to the studio for cleaning prior to photography. It is to be included in a catalogue of English tapestries currently being written by Wendy Hefford who has recently retired from the V&A Textiles and Dress Department.

The tapestry is mainly composed of patterning with quite a small allegorical cartouche in the centre. Although little is currently known about the tapestry, it is interesting because it is largely intact. The remaining tapestries in the series from which this belongs have all been altered, or cut down. This is the only tapestry left in its original condition apart from a few minor patches.

The colours on the front of the tapestry were faded in comparison with the reverse but they were remarkably bright for a tapestry of this age. However, heavy soiling occurring on both sides, which made the tapestry feel stiff and brittle, obscured them. There was also a large disfiguring stain in the upper part of the tapestry, which may have been caused by water damage.

The tapestry was generally weak including large holes probably caused by rodents and some moth damage. The heavy soiling was contributing to the general acidity of the textile. Vacuuming alone did not remove the soiling so the decision was made to wash the tapestry. It was also hoped that washing would improve the visual appearance of the tapestry for the forthcoming photography and improve its flexibility allowing further conservation work to be carried out.

Weak areas were supported with net and slits stitched together to stabilise the tapestry prior to washing. Extensive tests were also carried out to ensure that the dyes were water fast and would not bleed during the washing process. The washing solution that was chosen was one of a number tested during this project. The basic solution consisted of the detergent Synperonic N1  and sodium carboxymethyl cellulose, which prevents soil re-deposition. Due to the nature of the soiling on the tapestry and the concern that the pH of the bath would drop when such a soiled object was placed in the water, triammomnium citrate was also added to the solution.

Triammonium citrate acts as a buffer, maintaining a pH range of between 6.5 and 7 in solution. It also acts as a chelating agent for metal ions and helps to break up particles into smaller pieces and encourages them to disperse. Washing solutions containing triammonium citrate have been successfully used at the National Museums and Galleries of Merseyside for the cleaning of textiles2. It is more commonly used in the conservation of paintings where it has been found to remove both organic and inorganic particulate matter, which had proved difficult to remove with other solvents3. 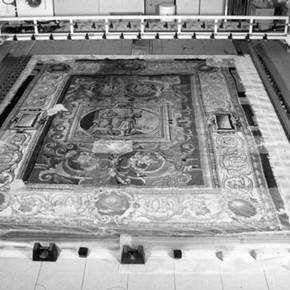 Four people were involved in the actual washing of the tapestry. It was allowed to soak for an hour each in a bath of half-strength washing solution then full strength solution. Following this the tapestry was sponged all over to agitate the dirt and rinsed repeatedly (figure 2).  Both sides of the tapestry were treated in this manner, though care had to be taken to avoid any felting of the wool through excessive agitation. The baths and the sponging treatment all released a considerable amount of soiling from the tapestry.

The tapestry was thoroughly rinsed then rolled up in white terry towelling to soak up the excess water. The bath was then dismantled and plastic pallets covered with a layer of monofilament mesh were put in its place to make a raised platform for the tapestry to sit on so that air could circulate underneath (figure 4). The tapestry was unrolled face side up onto the pallets and left to dry.

The tapestry was vastly improved after the wash; it was cleaner, less distorted and felt soft and flexible to the touch. Unfortunately the stain at the top of the tapestry was not completely removed and is more obvious now that the surrounding areas are clean. However the benefits to the overall condition of the tapestry far outweigh this visual distraction. The tapestry is still structurally too fragile to be displayed and would require a full support before this would be possible. The primary value of this object is as part of the study collection and it is unlikely that further treatment will be undertaken in the near future.  The washing process took nearly ten hours to complete and the tapestry dried out in approximately sixteen hours. All involved were happy with the facilities and the new equipment.

With thanks to Val Blyth supervisor for this project and to Lynda Hillyer and Albertina Cogram for helping with the wash.

Manufacturers of the gantry