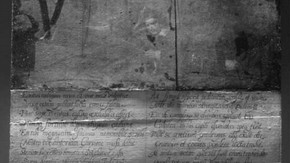 In 1945 the Museum acquired an unusual English, 17th Century oak panel painting (W19 -1945) from Hill Hall in Essex. The painting consists of two parts: a picture panel depicting a man grasping onto the hind legs of a stag; and a panel with twenty lines of verse describing the event,( Figure 1). It tells the tale of Colonel Sir William Smith (1550-1626) of Hill Hall and how he gained a reputation for bravery when he chased a stag, which had strayed into his grounds. As the stag attempted to escape its hunter, it fell into a pit and so did the hapless Colonel Smith. Seizing his opportunity, Colonel Smith grabbed hold of the stag's hind legs and as it leapt from the pit, he held on and was dragged out too. Being unarmed, he beat the animal with his fists and tied it up with his garter. And so the story was committed into verse by Robert Wroath, a poet and neighbour of the brave Colonel. 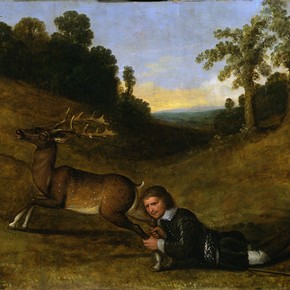 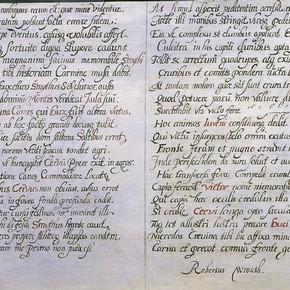 A Man Grasping the Hind Legs of a Stag, unknown artist, 17th century. Text in Latin by Robert Wroath. Museum no. W.19-1945

Structure and Condition of the Paint

The painting had severe structural problems mainly due to its crude panel construction. The whole object was made up of five pieces of oak of varying sizes and widths. These had all been butt joined together as seen in the diagram below.

The join between the image panel and the verse panel did not appear to be original since the upper part of the letters of the top line were missing, suggesting it had been planed down. 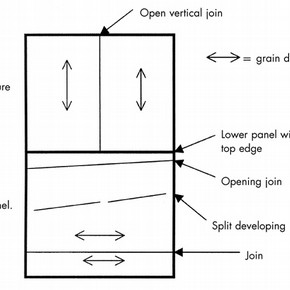 An X- radiograph of the join showed that it had originally been reinforced with metal dowels but these had since been cut when the two panels were separated. When they were re-glued, the join and the edges of the whole panel were reinforced on the reverse with a series of wooden battens. These were attached with animal glue. By joining together two panels with conflicting grain direction, problems within the structure were always going to arise because of the stresses caused by expansion and contraction of the panels in response to environmental changes.

This was compounded by the series of battens on the reverse. Also, as the top panel had a concave warp and the lower panel convex, the stresses produced caused the splits in the panels.To prevent further damage, the series of battens had to be removed to allow the panels to find their 'natural' shape again. The movement in the wood had caused flaking and loss in the paint and ground layers. Layers of overpaint were found along the joins and a discoloured varnish covered the whole surface.

Before any structural work took place, the flaking paint was consolidated with isinglass. The varnish was removed with a mixture of Stoddard Solvent and propan-2-ol (5:3 ratio); the overpaint with an Industrial Methylated Spirit (IMS) gel. To protect the paint layer a brush coat of Ketone N varnish was applied followed by a facing of Eltoline tissue adhered with Beva 371. Areas along the joins and splits remained uncovered so that it was possible to check they were flush before allowing the adhesive to set. The panel was laid face down onto a Plastazote® cushion and the wooden battens removed by injecting IMS with a syringe at the point where they joined the back of the panel. Once all the battens were removed, the join between the two panels failed and they were separated. The top picture panel divided into two when its vertical join failed and the lower verse panel also separated into two horizontal pieces. All the glue around the edges of the panels was softened using water gelled with Laponite and removed by a cotton swab. 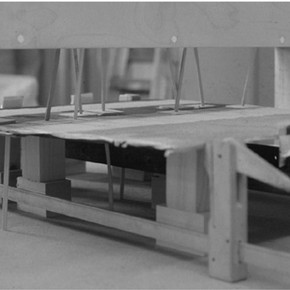 The panels were then placed in a humidity chamber at 54% RH1 for three weeks to allow them to adjust to ideal environmental conditions. Once stable, the panels' shape would be maintained by framing them in a microclimate of the same conditions. To glue the panels back together a 're-joining' jig was constructed2  (Figure 2). This consisted of a wooden bridge that spanned the join or split that required re-gluing. The panel rested on a series of blocks keeping it equidistant from both the table and the 'jig bridge'.

Thin wooden sticks were positioned above and below the panel wedged between the table and the bridge. They were cushioned with paper and silicone release paper. By exerting a little pressure at strategic points they provided a simple method of allowing small adjustments to be made to either side of the panels to achieve an accurate level join. Sash clamps were used to close the join or split. By using a cold setting fish glue the working time was extended to thirty minutes and allowed longer handling of the panels to achieve the best join.

With both the image and verse panels now re-joined it was decided not to glue them back together as the structural problems caused by the grain of one panel running perpendicular to the other would recur. Although the join was not original, the remains of the metal dowels indicated they had once been one complete piece. A photograph from a 1905 edition of Country Life featuring Hill Hall showed the picture displayed as one piece in its current frame3 . Although, as this frame is not original to the panel, it was felt that careful framing of the two panels together would be the solution to their display.

The facing and varnish were both removed using Stoddard Solvent and an isolating layer of MS2A varnish in white spirit was applied. The joins in the panels were filled with a mixture of chalk bound together with Mowiol 4-98 (Polyvinylalcohol) in water. Retouching of the fills was carried out using egg tempera with dry pigments. Three words in the verse panel had to be left incomplete because insufficient original paint remained to replace the words correctly. Despite help from Latin scholars no one could determine what the words should be to fit both the meter and the meaning of the verse.

Cross section analysis and XRF were used to determine the technique and pigments used by the artist. These indicated the use of a white chalk ground to cover the panels followed by a grey oil priming. The blue pigment used in the sky was found to be smalt. This was commonly used in the seventeenth century being much cheaper than ultramarine but by the 1730s it had been overtaken in use by the discovery of Prussian blue. In the foliage the artist employed a combination of lead tin yellow, azurite, vermilion and earth colours. Lead tin yellow was in common use until the mid-eighteenth century.

The pigments suggest that the painting is more likely to date from the seventeenth than a later date.  Infrared Reflectography and XRF analysis of the red lettering in the verse panel revealed them to be painted in two different pigments. The red letters on the left side contain vermilion, red lead and earth pigments whereas the red letters on the right side only contain red lead. There doesn't appear to be any clear reason why this should be, perhaps just an artist's whim. There is a large s pentimento clearly visible when viewed with Infrared Reflectography. The original position of Colonel Smith was further to the right of the picture. Had he remained there his legs would have ended up crushed into the composition. The artist realised his mistake and moved him accordingly. 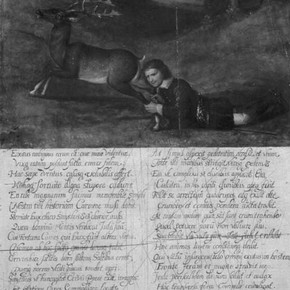 Figure 3. The panel after treatment (click image for larger version)

Since the two panels were not going to be re-joined it was important that their framing would maintain the integrity of the object and not produce any obvious changes from its original display. The frame was not original so it was felt it could be modified to accommodate two separate panels. An L- shaped wooden strip was cut to fit across the width of the existing frame and was countersunk into the rebate providing a 'shelf' for the top panel to rest on. The strip was lightly gessoed and painted black to match the frame and to minimise its visual impact.

The slips of the frame were lined with velvet ribbon and Plastazote® blocks were placed in all the corners to allow for any movement in the panels. The panels were held with brass strips. A microclimate was created for the panels by achieving a good seal between the frame, the low-reflective glass and a non-porous backboard. The frame rebate was lined with aluminium barrier foil attached with Beva film to minimise air transfer.

I am grateful to Raymond Marchant, Simon Bobak and Tony Reeve for their advice; Katharine Donaldson and Fran Downie; Jeremy Morse for his translation of the Latin verses (If you wish to see the full verse please contact the painting conservation dept).

1. Goddard, P., Humidity Chambers and their Applications to the Treatment
of  Deformations in Fabric - Supported Paintings, The Conservator 13,
1989.