Training matters: My experience in the painting conservation section 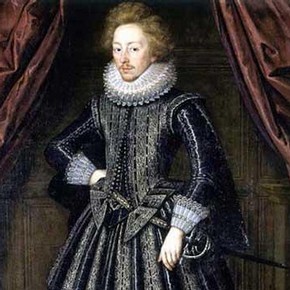 For the past ten months, I have been fortunate enough to be given the opportunity to treat one of Britain’s national painting collections. After completing an MA in 20th century art and theory from Goldsmiths College in 1997 and receiving my diploma in the conservation of easel paintings at the Courtauld Institute of Art in 2001, I was keen to gain further practical and theoretical experience in a museum environment. During the past three years, I have spent my summer vacations working for private painting conservators in London and volunteering for three months at the Tel Aviv Museum conservation department. My internship in the V&A, lasting for ten months, has allowed me to be involved in a variety of activities and responsibilities related to the collection. These are both practical and theoretical, and include a research project as well as the care and treatment of paintings.

Arriving in October 2001, I was fortunate to observe – and indeed participate in – the last (but very hectic!) few weeks of preparation leading to the opening of British Galleries. Treating gallery paintings as part of a large team, responsible for the preservation, documentation and presentation of these historic and aesthetic objects, was very exciting. Working in a museum environment enabled me to discuss treatment options not only in relation to the object’s physical stability, but also in terms of its presentation within the Galleries’ context, an aspect lacking in most treatments done in the private sector. Among other objects, I contributed to the very last stages of treatment of a 17th century full-length portrait of ‘Dudley, 3rd Baron North’ (P.4-1948), aiding with over-paint removal, filling losses and retouching. 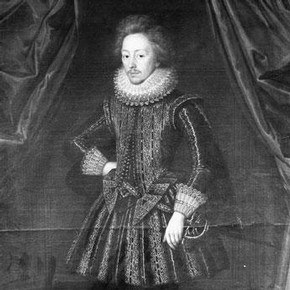 This object is of particular interest to me, since it is also the focus of my research project. The research is an important and integral part of the internship, and usually occupies one day a week. This project is concerned with the attribution and history of presentation of this full-length portrait by an unknown artist, via the technical investigation of its materials and techniques. The identification of materials and techniques and their use in technical art history is of particular interest to me, and is an aspect I hope to further pursue in the future. The painting (figure 1) dates from c.1610-18 and is one of the best examples in the Museum’s collection of full-length Jacobean portraits. Nevertheless, the fact that it is not signed, and that it has gone through some major changes in its appearance, prompted the investigation of its history of production and presentation.

The use of xradiography, infra-red photography and the identification of pigments and layer structure via microscopy is the core of the current research. The enlargement of the composition, repainting of the floor and the figure’s garters and the addition of a canopy at the top of the composition are all later interventions (figure 2). While the decision to restore the painting to its original proportions had been painstakingly taken by Nicola Costaras and Fran Griffin, who restored the painting during 2000-2001, the current research is concerned with the dating and historical context of these changes, and the attribution of the painting to an artist or studio. In order to achieve this, we collaborated with Museum professionals, notably Lucia Burgio from the Science Section, who kindly analysed all cross-sections with Raman spectroscopy, and outside sources, primarily Sarah Cove, independent painting conservator, and the Department of Conservation and Technology, Courtauld Institute of Art. 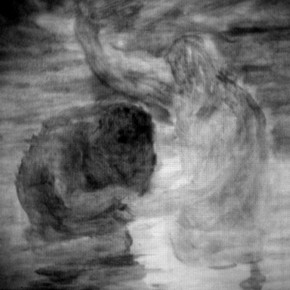 Figure 3. Infrared refelectography detail of John Linnell, Halt by the Jordan, 1849 (1845-1900); two figures in the river that cannot be seen with the naked eye. Photography by Sharon Tager (click image for larger version)

The final, but primary, aspect of the internship in the painting conservation studio is the practical conservation work. Usually, interns are given one major treatment project to work on, and other smaller-scale treatments. My experience is slightly different, since the studio’s main project at present is the examination, preparation and subsequent treatment of 45 19th century British paintings, travelling to an exhibition in Japan due to open in August 2002. An exhibition of this magnitude is a good opportunity for the studio, and myself as an intern, to survey a large section of the collection.

This is done as systematically as possible in order to determine whether the painting is safe to travel (for example, is it flaking?), its aesthetic appearance (is varnish removal necessary?), its documentation and its history of treatment and production. The survey also allowed for some interesting technical discoveries: for example, an examination with the infra-red vidicon of a painting by John Linnell entitled ‘Halt by the Jordan’ (1845-1900), and dated to 1840 and 1849, revealed that the artist has chosen to change his baptising scene nine years after the composition was initially completed (figure 3). Linnell himself was originally a Baptist, but later in life abandoned all religious denominations, preferring to rely on his own personal interpretation of the scriptures. Perhaps this shift in faith can be held partly responsible for his pentimento of the figure of Philip baptising the eunuch.

The variety of paintings included in the Japan loan has enabled me to familiarise myself with the different British painting styles in the 19th century, and with their diverse conditions and subsequent treatment options. Treatments included consolidation of flaking paint, several strip-linings, local canvas repairs, surface cleaning, varnish removal, retouching and frame fittings. It is the practical experience of performing these treatments, in the context of museum-standard preventive conservation, together with the constant advice and guidance given by my peers – that has made this internship professionally and personally gratifying.