Preservation or Intervention: an Indo-Portuguese Cabinet 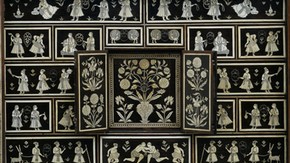 Figure 1. The interior of the cabinet. Photography by Nigel Bamforth. (click image for larger version)

A late 17th century Indo-Portuguese rosewood, Coromandel wood and ivory cabinet (Poteliakhoff Loan 2001), exemplifies the skills attained during India’s Mogul period. As connoisseurs and patrons of the Arts and Crafts, centres such as Sindh and the Deccan supplied objects from the hands of these Mogul-inspired craftsmen with their finely interpreted designs and stiff formalised flora, a progression from the earlier profuse designs of Islamic provenance.

Though 89 major pieces of ivory and considerable lengths of stringing and banding were missing, the majority of the remaining inlay and veneer were well adhered to the carcase. The inlaid ivory was 1.25mm thick with saw marks on the underside and edges.

As the object had undergone only one major restoration in its 300 years, a fact evident from the consistency of the inlay replacements and carcase repairs, conservation treatment with minimum intervention was envisaged. The re-laying of loose and friable material without necessarily inserting replacement ivories, and the supporting of damaged and fractured carcase timber would stabilise the object. However, discussion with the benefactor established that, as part of the prerequisite of his generous bequest, the object was to be restored to its former glory. 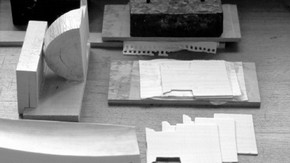 The cabinet was considered generally sound and only minor structural repairs were required to areas of hinging and corner timbers. The conservation/ restoration treatment would focus on the aesthetic appearance of the object, and the replacement of the decorative inlay.

The traditional approach to the replacement of inlay uses ivory taken from other ivory artefacts, such as carved tusks or brush backs. This would not be distinguished as readily as the more ‘socially acceptable’ polyester resin synthetic ivory. However, as a source of ivory was readily available and the benefactor wished to return the object to as near an original condition were noted, traditional methods were used.

The Journal of Indian Art1 records the original technique employed for inlaying decorative ivory. The ivory was cut to the required design and then slices were sawn horizontally to the veneer thickness, thus producing several identically sized decorative elements (Figure2). These shapes were placed onto the object’s timber surface to complete the overall design and scribed around ready for removal of material, the inlaying of ivory and subsequent engraving.

The losses to the stringing and banding on the cabinet were numerous and irregular, and treatment was influenced by the unstable nature of the surrounding material. Each area of loss was dealt with independently with the replacement ivory and timber prepared accordingly.

The ivory (carved African tusk) was hand sawn into sheets to conform to the general thickness of the object’s ivory. Missing motifs, scrolls and floral inlays were transcribed onto paper by taking a pencil rubbing; this was then glued to the ivory sheets, sawn around with a jeweller’s saw and filed to fit into rebates. Historically an ari or bow-saw would have been used, stretched like a bow string on a wooden frame. The motifs were then glued in place with Canadian fish glue, and Melenex was placed over the replacement ivory and weighted to prevent ivory distortion during the moisture evaporating and drying process.

A production timber stringing,water stained to match the original with alternating ivory in strips of two differing widths completed the ivory-timberivory inlay requirements. Preparing the complex geometric banding by glueing alternating sandwiches of sheets of ivory and prepared rosewood sawn to the thickness of the inlay proved satisfactory in providing blocks of inlay. The fragile and vulnerable material adjacent to the losses was consolidated with injected dilute fish glue and water (60:40). Filing the ivory and timber stringing to comply with adjoining material dimensions completed the preparations before final glueing took place. The geometric banding was centred within the stringing and completed the inlay. 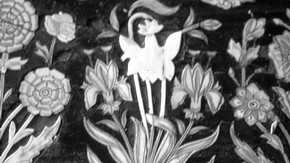 A stable, reversible adhesive with good adhesive and cohesive characteristics was required to re-lay the ivory. Historically, adhesives found in these cabinets are natural gums sourced from tropical plants, acting not only as an adhesive, but also as a gap filler. Research into adhesives used in the modern day treatment of Indo-European objects showed that both traditional and modern materials are used, including traditional hide and fish glues, the modern synthetic poly vinyl acetate (PVA), cellulose nitrate and also epoxy resins.

PVA, when tested, appeared to penetrate the engraved material too deeply, thus tending to discolour the surface. Epoxy resins, being virtually irreversible, were discounted. The liquid fish glue not only resembled the traditional adhesive, but also offered a long working time important for laying the banding, and provided good reversibility and colour.

To identify the contemporary material from original, discussions with the curator established that engraving of the ivory should not be undertaken. Confirmation from the benefactor is awaited. The physical repairs are well documented and there is a photographic record of the object before treatment.The cabinet is now complete and ready for display in the V&A Nehru Gallery, as well as being a fine exhibit for the Exotic Encounters Exhibition in 2004. The cabinet has be en returned to its former glory by using the procedure, techniques and materials of former times. Although the conservator sought to fulfil the role of ethical intervention, he is happy to acknowledge that by complying with the brief, the long term stability of the object is now ensured.