Encounters with paper conservation: the treatment of a Chinese painted silk dress

'Encounters - the meeting of Asia and Europe 1500-1800' - was one of the V&A's major exhibitions of 2004.  A diverse selection of artefacts was chosen to illustrate the exhibition themes of 'discoveries', 'encounters' and 'exchanges'.  The subject of this article, a mid-18th century sack back dress and petticoat made in England from silk imported from China, epitomised the theme 'exchanges', which explored the influences of the trade in luxury goods and the fascination with each other's diverse cultures (Figure 1).  Appropriately the conservation of this costume has been about exchanges of ideas, methods and techniques between paper and textile conservation resulting in an unusual but successful treatment. 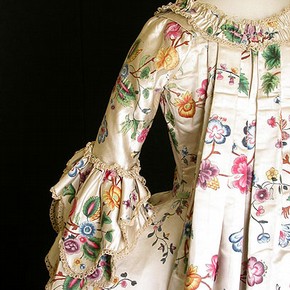 Figure 1. Detail of the back of the dress, after treatment. (click image for larger version)

Painted silk is a rather impractical dress fabric and not surprisingly the silk showed signs of a certain amount of damage through wear. The paint on the bodice had worn away completely in places exposing the warp threads and at some point repair patches had been used to fill in holes under the arm.  Parts of the costume, such as the skirts of both dress and petticoat, which were not fitted so closely to the body and less subject to wear from abrasion, were in much better condition although there were many small splits in the silk, all in green painted areas.  A detailed assessment of the condition revealed that the costume had been altered at least twice in its lifetime causing further damage to the silk.  There had been a number of attempts to repair the splits in the silk over the life time of the costume ranging from stitching to adhering patches to the reverse using a dark brown resinous adhesive.  All of these treatments had both failed and caused further damage to the silk.  This article focuses on finding a new, safer and visually less intrusive method of supporting these areas of damage.  Adhesives were chosen as the main method of attaching support patches to the silk in order to avoid stitching through the painted surface.  Fortunately the paint surface was not actively flaking, so consolidation was not deemed necessary.

A review of literature on Chinese painted silk costume had revealed that splitting of the silk ground fabric in areas painted green was a common problem. 1 This has been attributed to the use of the copper-based mineral malachite to produce the characteristic bright green colours in Chinese painted silks.  There was concern that an aqueous treatment would exacerbate the problem by creating an environment where copper ions would be released promoting further degradation of the silk.  It was therefore necessary to identify formally the green pigments present.  Lucia Burgio, of the V&A Science Section, analysed paint samples from both the dress and petticoat by Raman microscopy, and optical microscopy to determine their composition.  The light green samples were identified as malachite and the dark green samples as a mixture of malachite and indigo.  The white pigment used was lead white.  All the pigments were found to be in good condition and showed no sign of degradation.

The use of heat-setting thermoplastic adhesives would have avoided the use of moisture, however the support fabrics that are used with these adhesives are very sheer and lightweight.  As the costume was made from a heavy silk with the added weight of the paint layers it was considered that a more robust support fabric would be required.  There is a well-documented history of paper being successfully used as a support material for textiles.  In this instance it would provide the strength and firmness required and could be attached with a variety of adhesives including starch and modified celluloses.

The Paper Conservation Section at the V&A was consulted about the project. Following discussions on the concerns about aqueous-based adhesives applied to the malachite paint, it was agreed that although wheat starch paste would provide a stronger more flexible bond, Klucel G®  (hydroxypropyl cellulose) had the advantage because it was soluble in both water and organic solvents.

The conservation of the dress was carried out as a joint project with Gordana Car, intern in the Textile Conservation section. We were interested in a method used by Paper Conservation to produce a pre-prepared paper film that could be solvent re-activated in situ.  Extensive tests were carried out to find a combination of paper type and adhesive concentration that would work for textiles.  Five different weights of Japanese paper were selected for the tests.  Experiments included dissolving the adhesive in IMS (Industrial Methylated Spirits), or 50:50 IMS and water, or just water.  The smoothest film produced was with water alone.  After initial tests three papers were chosen and tested with aqueous adhesive concentrations from 2% to 10%.  The adhesive was brushed onto a polythene sheet, then the paper was gently laid on top and smoothed down (figure 2). Once dry, it was peeled away from the polythene.  The samples were adhered to silk using a solvent re-activation technique common to textiles where IMS vapour is applied onto the silk through Sympatex, a semi permeable membrane.  This method was very quick, requiring approximately 2 minutes to activate the bond between paper and silk.  The silk and paper samples were (subjectively) assessed for peel strength and flexibility and checked for staining of the silk by the adhesive.  The lightest weight paper tested, Tengujo, with Klucel G® at a concentration of either 8% or 9 % worked best giving a smooth flexible sample.  At 10% the adhesive stained the silk in places.

The paper films worked well for the small splits in the painted silk, but another method was required for areas with more extensive loss where silk was required to infill holes; or where there were loose threads which needed to be stitched to a support.  A combined adhered and stitched technique was devised by modifying a technique previously developed to adhere textile infills to a Tudor embroidery in the V&A's collection. 2 A free film of Klucel G®  (3% w/v in 75% IMS: 25% water) was cast onto polythene.  Once dry the film was carefully peeled off and attached to one side of the textile infill/support with IMS solvent vapour to make a one-sided adhesive film.  In this project selected areas of the support fabric needed to be free of adhesive where it was filling an exposed area of the object.

To do this a template was made of the patch and tissue shapes were stitched to the support to mask off the chosen areas when the adhesive was applied.  Once the tissue was removed a partial adhesive patch was made (figure 3).  These patches were also adhered to the object with IMS vapour applied through Sympatex.  Supplementary stitching, (laid thread couching) was carried out in areas without paint to secure loose threads.  Normally couching would begin and end in strong undamaged areas.  In this instance couching was only possible in the damaged areas so the adhesive film performed the function of securing the patch.  In the case of very large splits where there were areas of plain silk, couching was carried out where possible in order to maintain the flexibility of the patch rather than using large areas of free film. 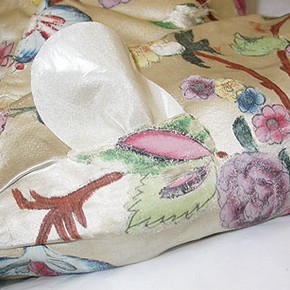 Figure 3. Inserting a patch of silk with Klucel G® free film on the upper side. (click image for larger version)

There were pros and cons to both methods described.  The paper patches blended in very well and were scarcely visible on the reverse but they worked best where there was little flexing of the fabric.  Splits along the front pleats of the bodice were supported with paper patches.  The advantage was that the patches were thin and didn't add much bulk to the pleats but the paper was inclined to peel off when the fabric was manipulated in order to treat different areas or to re-pleat the fabric.  In some instances extra Klucel G® was added as a free film to adhere the paper, or a combined stitched and adhered silk support was used instead.  The silk and free film patches worked very well to infill areas of loss and as a base to stitch loose threads to. The free film of Klucel G®  and the silk patches were more strongly adhered to the object than the paper film but were not as flexible.  Also the free film was more difficult to prepare and as each patch was individually made involving several processes they were much more time-consuming to prepare. By contrast the paper film could be quickly prepared in advance and water cut to size as required.  Although it was somewhat unusual to use a combination of different methods and substrates on one object, each was suited for the purpose and the use of one adhesive provided a degree of consistency.