William Blake (1757-1827), whose literary output is widely studied today, was regarded primarily as an artist and printmaker in his own lifetime.

On 17th September 1927, the leading Blake scholar Geoffrey Keynes wrote to Eric Maclagan, then Director of the V&A:

The American dealer, Gabriel Wells, recently bought the palette used by Blake during the brief period when he used oils. He put it in an exhibition at the Burlington F.A.C. where it attracted a good deal of attention (tho' relics of this kind do not excite me much!). It seems to have a good pedigree.

Wells has now gone back to the U.S.A., and wishing to give the object to some public institution, has left it to my discretion.

The Vict. & Albert seemed to me to be the best place, tho' Binyon suggests that the London Museum might also have a claim. Would you express an opinion? It can go to the Vict. & Albert if you wish.

In the above quotation, Keynes referred to the 1927 exhibition at the Burlington Fine Arts Club commemorating the centenary of Blake's death. Of modest scale but superlative quality, this was accompanied by a deluxe illustrated catalogue, and included a fragment of a copper plate for Blake's America, and a plaster cast of the artist's head formerly owned by the son of George Richmond (1809-96), a leading member of 'The Ancients', followers of William Blake who included Samuel Palmer (1805-81). 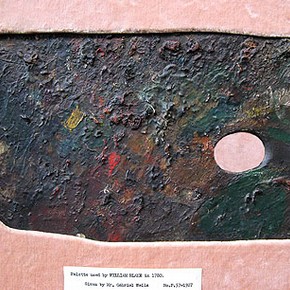 Figure 1. Front of the palette (click image for larger version)

The palette, (figures 1 and 2), not in the catalogue, was evidently a late addition to the 1927 exhibition. Its owner was a Blake dealer of some repute. Keynes was told that the palette had belonged to the dealer Francis Harvey, who handled numerous works by Blake during the 1860s, including some from the studio sale of Frederick Tatham (1805-78), another of 'The Ancients', who had inherited Blake's studio contents from the artist's widow.

The palette was received in a presentation case, today labelled 'Palette used by William Blake in 1780. Given by Mr. Gabriel Wells'. There is paint on both sides and it is inscribed around the thumb-hole on the 'reverse'  'William Blake/28/Broad Street/1780'. Blake submitted his entry to the Royal Academy in 1780 from that address, and moved shortly afterwards. Basil Long, then Keeper of Paintings at the V&A, concluded that 'the authenticity of the relic appears reasonably likely', and recommended its acceptance as a gift. 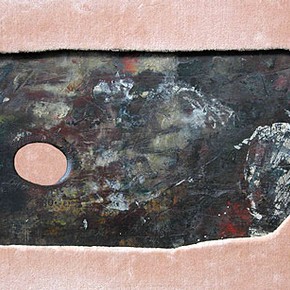 Figure 2. Reverse of the palette (click image for larger version)

We analysed material from this palette towards the end of a research project on Blake's temperas, watercolours and colour prints1, to compare them with Blake's painting materials. The analytical methods used, namely polarising microscopy, energy-dispersive X-ray analysis, FTIR microscopy and gas chromatography, are described elsewhere2 . There was no evidence to suggest that the palette had been re-used after a long interval, or that the paint was inconsistent with an 18th-19th century date.

It resembles oil paint, and because of the inscribed address it has always been assumed to date from c.1780, the brief period during Blake's training when he used oil, a medium he strongly criticised and therefore avoided for the rest of his life. Analysis confirmed that it includes linseed oil in many colours, poppy oil in some, and a mixture of these, or possibly walnut oil, in others. These oil types are typical of artists' oil paint both hand-ground in the late 18th and earlier 19th centuries, and supplied in tubes later in the 19th century. It is surprising that in this palette the poppy oil, known to yellow less than linseed oil, was not strongly associated with the white and blue paint that would have benefited most from it.

At least one shade of yellow and one of orange lead chromate were identified with optical microscopy,  and supported by EDX and FTIR results. These pigments could not have been used by Blake or anyone else c.1780. Yellow lead chromate (also known as chrome yellow) was patented in 1814, and a pale yellow shade has been found in a Turner oil painting exhibited early that year, while the darker yellow and orange shades were probably available only later, in the 1820s.These remain the earliest occurrences of lead chromate in the British collection at Tate, and in the literature on British art. Zinc white was also detected on the palette. This pigment was produced in a useful form for oil medium in 1834, the earlier variety being too transparent for the purpose. The traditional form of Prussian blue, found here, was used by J.M.W. Turner c.1800-1840s. Constable (1776-1837), in contrast, was using the modern, fine-grained form by the end of his life, as indeed was Turner (1775-1851). The Pre-Raphaelites used the modern form in the early 1850s, and the traditional form has never been identified on Tate paintings of later date. The other pigments found on the palette (lead white, chalk, gypsum, barytes, bone black, umber, Mars colours, vermilion, talc, kaolin, natural yellow ochre, red lake and natural ultramarine) were available throughout Blake's lifetime and well beyond. These observations suggest a date of use of c.1834-45 for the palette.

The connection with Harvey implies that the palette was in existence by the 1860s, a period when Blake had a small following, and his work fetched correspondingly low prices. Nevertheless, the possibility cannot be excluded that it is a deliberate fraud, of mid 19th century date. If it has a genuine connection to Blake, it could have been used by one of 'The Ancients', who had acquired it from Blake's widow, herself an artist. Our limited analyses of the paint used by Richmond and Palmer have shown that, like Blake himself, they used a mixture of animal glue and plant gums in their paintings during his last years, in the 1820s.Few of their later works have been analysed, but a Richmond Self-portrait of 1853 is catalogued as in oil, so their use of this medium is possible. The only certain conclusion is that the paint on the palette could not have been used by William Blake.