The ethics checklist - ten years on

Ten years ago, we could never have predicted the resounding success of the "Ethics Checklist". Drafted initially for our own use, it was first introduced to the profession by Jonathan Ashley-Smith at a conference at The British Museum in 1994. It has since been the subject of a number of articles and appeared alongside other decision tools in a recent textbook.1 Most gratifying of all has been the continued popularity of the Checklist, recommended and widely used, within the profession and beyond, in the UK and internationally.

It was called the Ethics Checklist because it grew out of discussions about the principles upon which the conservation staff at the V&A were basing conservation practice at that time and an expressed desire on the part of individuals for guidelines on decision-making. After wide consultation a working group produced a tool that provided a common set of criteria that would help conservators feel more confident about their decisions. It was based on the assumption that good decision-making is the first step of ethical practice.

Why is the Checklist so popular? In the answer to this lies both the perceived strength and the weakness of the Checklist: it is "common sense" that should come naturally to a professional conservator and a convenient 'aide memoire' that contains most of the things a conservator should consider in a single list of questions. In addition, its potential as a teaching tool for staff and students was recognised from the outset. Although never formally adopted as Museum policy, today it is a requirement specified in the Museum-wide documentation system. It was always intended that it would be re-assessed on a regular basis, as things changed within the Museum, the conservation profession and in the larger world of cultural heritage.

It troubled me that while the Checklist had stayed the same, the context in which conservators were making decisions had changed. A preliminary survey of V&A conservators revealed that the Checklist was still considered to be of practical value but could also be usefully updated. Respondents felt that it needed to reflect new developments. The emphasis on access to collections in Museum funding agreements and the emergence of a project culture were making new demands on conservators. Part of these developments was an inclusiveness in decision-making, the need to work across teams and beyond the walls of the Museum. These, in combination with changing staff demographics and a greater reliance on contractors, were transforming the context and nature of conservators' work. At the same time, museum codes of ethics and decision tools, such as the Burra Charter2 , were being revised to reflect these developments and to give increased prominence to the consideration of cultural values and significance, the recognition of less tangible aspects, and respect for diversity. The concepts of risk and sustainability, considered jargon in 1994, had become familiar to conservators. All of these were factors suggesting a need for a review. 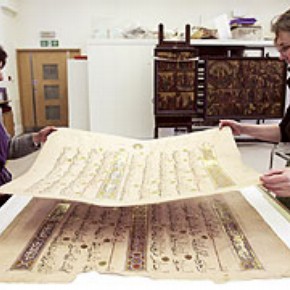 There was also evidence that the Checklist was not used regularly and that newer members of the Department were not aware of its existence - no one could find it! We thought its structure could be improved and the whole made more easily accessible by creating an electronic version.

To find out if we could develop a decision-making tool that improved on the current one, a research group was set up in the Department. The outcome was a revised Checklist that would be piloted in the Department to evaluate its effectiveness and then launched on the Internet.

The purpose of the Checklist was redefined. Although originally intended to be applicable to all conservation activities, we decided to acknowledge that in reality it deals with the relationship between conservator and object or objects, and is most often used for treatment decisions. Although it is not a policy it should act as a filter, invoking the Department's culture. It should be made available to the public and used to describe how conservators approach their work. It should not be used for training only; practice should compare favourably with what we teach (and preach!). The name Ethics Checklist should be kept as it reflects its role as a decision tool within the ethical framework of professional conservation practice.

The new Checklist is situated on the intranet, formally within a V&A procedures manual and is supported by other documents such as codes, guidelines, standards and legislation. Together these documents will provide an ethical and legal framework for the V&A conservator. The wording of the Checklist was altered, but in most cases only slightly. Using the Burra Charter as a model, a commentary on each question was incorporated to assist the user. The glossary was expanded to include new words that may be unfamiliar. Words that were dismissed in 1994 as jargon, such as "stakeholder" and "risk", are now well-understood and were incorporated.

The pilot study gave an indication of whether the proposed changes were appropriate for the Department's needs. While many respondents echoed the old 'crie de coeur' that it was "common sense", they admitted that it did aid decision-making and was especially useful for projects presenting complex problems or requiring a lot of intervention. One respondent said, 'Although I would usually consider all of the things on the checklist anyway this would not necessarily be in such an ordered way'.3 Another reported, 'The Checklist helped consider each repair on its individual merits'. Its usefulness in training was reiterated. Generally people found the Checklist clear and easy to use, but recommended some specific re-wording. 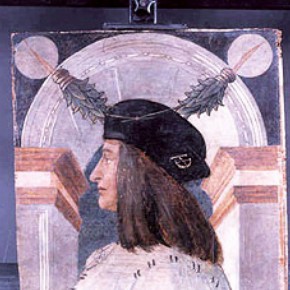 The wisdom of developing an online interactive version was considered. Current levels of computer access and configuration within the Department prevent conservators from working on computers near objects. 'With only one PC in the studio shared between four conservators, it wouldn't be used'. While the research group was enthusiastic about the extra documents and commentary of the new Checklist, the single A4 sheet of the old Checklist was preferred by some respondents. 'The document is very clear, but a shorter "quick-reference" version should accompany this version'. Appending the single-sheet Checklist as a front page seemed to be an acceptable compromise.

Just as in 1994, it was recognised that the context in which conservators carry out their decisions and do their work has an impact on those decisions and actions, so in 2004 the research group realised that the Checklist was of limited use in addressing these issues. Under-resourced projects resulting in few interventive treatments being carried out in the Department were felt to have ramifications both for the care of collections and for the maintenance and development of skills. One conservator put it this way, but it was a common feeling among respondents: 'This treatment is fairly standard and indicative of approx. 75% of all treatments undertaken.' In answer to the question: 'Did the checklist help you in the decision-making process?', 'In all honesty, no, in this case due to external factors such as lack of time to treat the object as I would have wished.' Just as in 1994, conservators were concerned about their lack of influence in 'the continuum of decision-making' - the decisions being made before the conservator encounters the object and after it leaves his or her care - leads to conservators feeling disempowered. 'Some aspects, such as preventive conservation in the galleries, are difficult for individual conservators in a big museum to control … although it might be possible to consider preventive conservation measures ... and to make suggestions, whether or not these are acted upon may be out of the individual conservator's hands. It is therefore difficult to make treatment decisions which are dependent on the implementation of preventive conservation measures.' We recommended that consideration be given by management to concerns voiced by conservators in the current study. 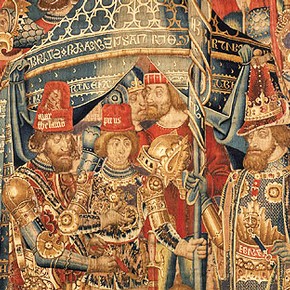 During the process of this research, suggestions were made for possible future projects and much consideration was given to developing a training version that would be visually interesting, available on-line and interactive. By creating a non-linear, image-based diagram, we thought we could encourage a different kind of interaction with the questions. When first considering a diagrammatic layout the questions appeared to fall naturally into groups, but on reflection, any attempt to impose an order was proscriptive and went against the philosophy of the Checklist. The interactive version is still in development and, in the meantime, the Checklist questions remain in the form of a list (please see Appendix 1 to view the first page of the Ethics Checklist).

In the end, I have to admit, very few changes were made to the Checklist. I like to think that this was due in part to its enduring value as a tool for conservation decision-making. The V&A Conservation Department "Ethics Checklist 2004" can be found at: www.vam.ac.uk/res_cons/conservation/advice/policies/index.html