SurveNIR for souvenirs on paper

Paper has been the medium for sharing designs, drawings, writings and scores for centuries. Our libraries, archives and museums house billions of documents with information on virtually all human activities. Luckily, paper is by far the most long-lived material among all information carriers in common use, even nowadays. However, this has not always been the case.

Due to the particular production technology introduced soon after the industrial revolution, paper produced between ca. 1850-1990 is unstable due to its inherent acidity. Acids have a strongly corrosive influence on cellulose, of which paper fibres are composed. As the demand for paper was high and raw materials were in short supply, low-quality fibres from straw, wood, even peat earth were used. While the expected lifetime of paper produced prior to 1850 is several thousand years, the lifetime of acidic paper is ten times less than that. Thus, many documents from the beginning of the 20th century are already too brittle to be handled safely. Potentially, we are facing a real catastrophe: it is estimated that approximately every eight out of ten books in Western collections are acidic! If no measures are taken soon, information from the era of revolutions in science, art and politics may well be lost within the next century or two. 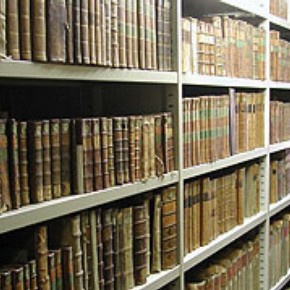 Figure 1. Millions and millions of paper-based objects worldwide are in need of conservation treatments (image by M. Strlič) (click image for larger version)

Fortunately the European Commission is funding projects to research the possible strategies for extending the lifetime of paper. In order to apply a conservation measure, we first need to assess the state of preservation of an artefact. We need to know its acidity, mechanical stability and composition. A variety of tests are usually applied to obtain this information, yet they are time-consuming, and may even interfere with the object's integrity. In many cases this is not acceptable - if you owned a Michelangelo drawing, you would like to know its stability without sacrificing a piece of it for research. If you owned a 10-million volume library, you would want to survey its state of preservation effectively and in the shortest time possible, without taking out each book from the shelf (Figure 1).

Non-destructive analysis may solve such dilemmas. To provide a solution, a group of researchers, conservators and collection managers from seven European countries gathered in the frame of the project SurveNIR, coordinated by the University of Ljubljana, Slovenia. Since August 2005, their primary aim has been to invent an instrument to help the conservator to obtain the necessary information about a paper artefact without using chemicals and without sampling. This innovative technology will be based on near-infrared spectroscopy. This means that for a short moment the artefact will be illuminated with harmless low-intensity near-infrared light in the wavelength region 800-2500 nm. The spectrum reflected from a measurement spot of a few millimetres in diameter will be collected and analysed using tailor-made software (Figure 2, showing a first-generation prototype instrument), which will compare it with those obtained from several thousand model samples. Such comparisons can be performed using chemometrics, a branch of chemistry dealing with the manipulation of a large number of chemical data. This complex statistical operation will take only a short moment. Before the book is even put back on its shelf, the data will be already available to the conservator, who will be able to make straight away an informed decision on which conservation procedure to implement. 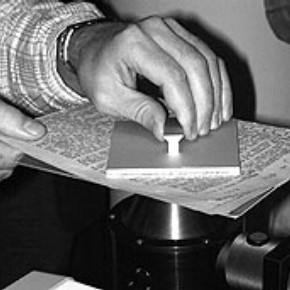 Figure 2. Non-destructive assessment of paper properties could be as easy as this in the near future (Image by M Strlic) (click image for larger version)

In the SurveNIR project the contributions of specialists from the British Library and the Victoria & Albert Museum, London, will be prominent. The instrument, later to be marketed by the German Zentrum für Bucherhaltung, Leipzig, will be validated in their selected collections (Figure 3). More such validation studies will be performed in the Netherlands, Sweden, Denmark, Croatia and Slovenia. But why study whole collections? It is important not only to evaluate the condition of single artefacts, but also look at the bigger picture. Collection managers want to know what proportion of a collection is particularly endangered, or visitors' access to what documents should be restricted. If such data are available, it is possible to set priorities, to make preservation plans and thus plan funding more responsibly. Using the new SurveNIR instrument, we will be able to survey whole collections in a time-effective manner, without harming the artefacts. By analysing a well-selected representative sample out of e.g. several million volumes, reliable information about the state of preservation of a whole collection can be obtained. Thus the project will aid in planning preservation and conservation actions on the level of a whole institution, even a country.

Currently, researchers are working on the production of SurveNIR software, which is a major task in itself. In order to obtain the spectral, chemical and mechanical information on more than 1500 model samples, more than ten researchers are analysing the model samples in the laboratories of the Victoria & Albert Museum, the Zentrum für Bucherhaltung, the National and University Library, Ljubljana, and the University of Ljubljana, day by day. This enormous amount of information will then be incorporated in the software. The simplicity of this approach, the absence of chemicals, the multi-analytical character of the technique and the user-friendly procedure should be the very strongest features of the SurveNIR instrument and this analytical approach.

The paper manufacturing technology introduced largely after 1990 has led to the production of better quality, slightly alkaline material. Although we now live in an era of electronic communication, the consumption of paper has increased by 35% in the past decade. The expected lifetime of electronic information carriers is a few decades, that of software even shorter - and it can be already a real challenge to open a Word document produced ten years ago, while written information on paper remains the most universally accessible. Sad but true: if information is not accessible, it is useless.

SurveNIR on the internet: http://www.science4heritage.org/survenir/

The project is co-funded by the European Commission, 6th Framework Programme, contract no. SSPI-006594. The work is the sole responsibility of the authors and does not represent the opinion of the European Community. The Community is not responsible for any use that might be made of the data appearing herein.