As part of the removal of objects from the Theatre Museum in Covent Garden, London, following its closure in 2007, a small number of theatre set models needed to be packed for long-term storage. The models were of varying size and weight, constructed from a range of materials and in various states of condition. The project called for tailor-made housing that was low cost, light and strong, would provide protection from impact and dust, readily allow access to the objects and could be easily closed again to maintain efficient protection. While the housing could be prepared in the conservation studios at the V&A, measurement of the models, assembly of the housing and packing of the models had to be done at the Theatre Museum. 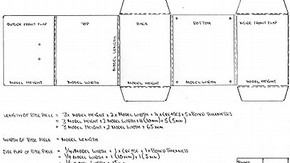 Figure 1. Template for the base piece of the box. (Illustration by Julian Pendlebury) (click image for larger version) 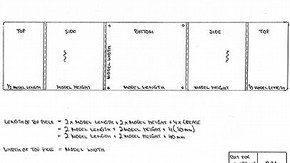 Figure 2. Template for the top piece of the box. (Illustration by Julian Pendlebury) (click image for larger version)

Given the limited time frame and the requirement to work on-site, a single, simple box design was called for and a number of prototypes were tried. Correx® board, previously used within the Department, met the requirements for a strong, lightweight and durable material. The size of most of the models, and of the supplied board, meant that a design based on two pieces of Correx crossed at right angles was used. The board was hand-cut and creased by placing it, weighted, on the edge of a bench and bending it round on the crease line.

Care was needed during measurement as the provided board was not perfectly square. The thickness of the supplied Correx board was 5mm and it was estimated that 10mm of board was taken up in each crease, which meant that extra tolerances had to be built into the design (Figures 1 and 2). Four or five rivets were used to join the 2 box-pieces. This riveted double-thickness created a strong base from which the rest of the box rose. All corners of the board were rounded. Occasionally, the supplied sheet would not be long enough, and so an additional length needed to be riveted on, completing the front flap.

Despite the additional time required in their making, the sheets were cut to create small flaps on the sides; they provided a more efficient closure and helped maintain the box's shape. However, instead of being tucked within the box, they were left on the outside preventing possible abrasion against the models contained within, and for general ease during closure. It must be noted that the boxes were not designed to be stacked. 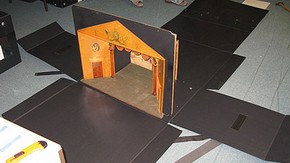 Figure 3. The model was placed onto the base of the housing, facing the front to ensure the contents could be viewed without having to open the box completely. (Photography by Merryl Huxtable) (click image for larger version) 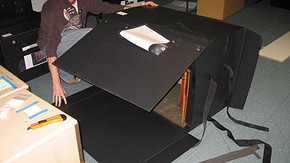 Figure 4. First the sides and then the front and back of the box were lifted into position. (Photography by Merryl Huxtable) (click image for larger version)

Standard disc and cord closures were found to be unsuitable as the softness of the Correx board meant that the discs sank into its surface, making it difficult to loop the cords around them. It was therefore decided that long strips of polyester webbing with Velcro® sewn onto their ends should be laced through the walls of the box to wrap around and close it. Velcro is incredibly strong and allows quick and easy fastening and refastening. The use of webbing also gave additional support to the housing.

To ensure the box lay flat when open, one piece of webbing, which was fed between the two riveted layers at the base, wrapped the box vertically, while two separate strips of webbing ran horizontally around the box joining each other at the front and back. Lacing the horizontal strips of webbing (more or less a third from the top seemed to work best) through slots in the board ensured that they were positioned correctly and in no danger of being misplaced when the box was opened. It also helped correct the problem of the walls bowing slightly under their own weight. Ample lengths of Velcro (200-300mm) were sewn onto the ends of the webbing, which allowed for some adjustment and ensured good adhesion. 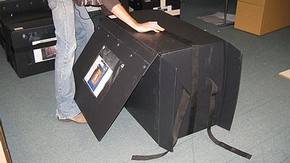 Figure 5. the webbing running vertically around the box was fastened. (Photography by Merryl Huxtable) (click image for larger version) 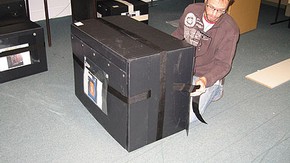 Figure 6. The two pieces of webbing running horizontally around the box were joined and then tightened, ensuring the side flaps were pulled tight (Photography by Merryl Huxtable) (click image for larger version)

A Melinex® sleeve was riveted onto the front flap to allow for an A4 size sheet bearing the object's photograph and relevant information. It was hoped this would reduce unnecessary opening of the box. Riveting only the top two corners of the sleeve also allowed the horizontal webbing to be easily secured underneath it.

Undoubtedly, as with every design, improvements could be made. There was concern that the webbing around the box would be used inappropriately as a handle resulting in the Velcro separating. Generally, however, user tests showed the design was easy to use. The box provides good closure, but is not totally sealed. This may be beneficial in terms of preventing an enclosed environment, but it does mean that the object is not completely protected against, for example, pest attack, pervasive dust or fluctuating relative humidity, control of which could be provided by other means or good housekeeping. Overall it was felt the design was successful and fulfilled the remit of the project.

I am grateful to Merryl Huxtable, Jane Rutherston and Anne Bancroft for their help and support.