Conservation 'on a roll' 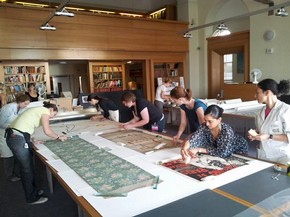 Figure 1 - Everyone gets stuck into surface cleaning. Photography by Ella Ravilious

In August 2011 a team of twenty museum staff and volunteers took over the Prints and Drawings Study Room and turned it into a paper conservation workspace. In that time we carried out interventive conservation treatment on 143 objects from the Rolled Object Store. A large number of other objects were also unrolled and pressed flat in preparation for improved storage. The project was an opportunity for volunteers to help accomplish tasks that would otherwise have been difficult to resource. This article summarises these achievements and what participants gained from the collaborative project.

The Rolled Object store is down one flight of stairs from the Prints and Drawings Study Room and it contains predominantly prints and designs on paper which have been stored rolled, due mainly to their large size, for some time. Examples of objects from the store were surveyed in April 2011 and found to be fragile with some too brittle to unroll and identify. A conservation project to improve their condition was given the go-ahead for 15 – 26 August 2011 whilst the Study Room was closed to the public for the annual stocktake. 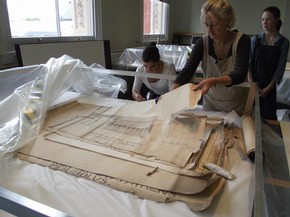 Figure 2 - Relaxed objects are taken out of the humidity chamber. Photography by Melanie Keable

With the project limited to two weeks it was important to recruit some extra help. Knowing it was going to be an interesting project discovering the insides of rolled objects I encouraged participants from The Institute of Conservation internship scheme to get involved. In addition conservation students from Camberwell College of Arts and The Centre for Textile Conservation, Textile History and Technical Art History, staff and volunteers at the museum and outside volunteers kindly gave their time to the project (Figure 1). Two people came from as far away as Liverpool and Devon.

Two large, pre-fabricated humidity chambers (made by V&A Technical Services) were set up in the Study Room. Under supervision from Susan Catcher, Senior Paper Conservator, and Lucie Page, Paper Conservator, the volunteers worked together surface cleaning objects brought up from the store. Some objects were flexible enough to be opened out flat for surface cleaning prior to humidification. Others were very brittle and impossible to unroll dry. They needed to be relaxed by gradual introduction of moisture in the humidity chamber in order to reveal what was inside the ‘rolls’. The objects were then laid out whilst still damp and pressed under weight to dry flat.

The objects from the store ranged from Morris and Co. wallpaper samples; stained glass designs by Christopher Whall; architectural plans for Crystal Palace and some cartoons by F.W. Moody for the exterior of the Henry Cole Wing. There was a wide variety of media too; tracing papers with graphite and ink-drawn architecture plans and product designs, wallpapers with flock - a wool powder used to create imitation velvet patterns, and fabric pattern samples painted in gouache and watercolour. A lot of the objects which resisted being unrolled without humidification had a greater degree of structural damage which became evident once opened out. Many of these more degraded objects were made of poor quality, lignin-containing paper making them innately more fragile (Figure 2). 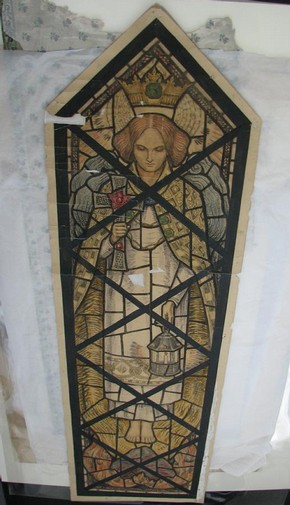 Figure 4 - The object is finished and ready to be photographed. Photography by Lindsey Gibson

The efficiency at which we were able to complete objects was helped by using a ‘conveyor belt’ system with objects in various stages of treatment. This approach kept the project dynamic and interesting as it meant new objects were frequently being uncovered. Whilst some were being humidified other objects underwent surface cleaning or repairs using mainly wheat starch paste and Japanese paper. One of the stained glass window designs by Mabel Esplin for Khartoum Cathedral was found to be so badly damaged it resembled a jigsaw puzzle. It needed humidification to open it out and inside a lot of various sized fragments had become detached (Figure 3). At first we were not sure how much of the object we had as it had been rolled up with other similar window designs all with individual pieces missing. After cross matching fragments almost every part of the object was located and it was pieced back together (Figure 4).

Ella Ravilious, Curator of Documentation & Digitisation, set up a Picasa Web Album where everyone could upload images and videos from the project to share amongst each other. It was interesting to see what people had been working on and to realise the variety of material unearthed from the Rolled Object store. The project generated a lot of interest from visiting museum staff and a feature on the Victoria and Albert Museum Facebook page. ‘Behind-the-scenes of a conservation project’ was a wall post added on Tuesday 23 August 2011 receiving a lot of positive comments and over 499 ‘likes’ at the time of writing. All this publicity benefits both the Museum, demonstrating a successful and inclusive project, and the volunteers who can use opportunities such as this to network and further their continuing professional development.

In conclusion, approximately 67 rolls containing some 459 objects passed through our hands during the two-week project. All the objects undergoing full conservation treatment from humidification to repair have also been photographed and many objects have now been made accessible. The Rolled Object Store itself has also been cleaned and tidied allowing for better, safer storage of the remaining rolls. None of this would have been achieved without the hard work of staff members and the large number of volunteers. It was a great opportunity to share knowledge across disciplines, from paper to textiles conservation, in a sociable environment whilst gaining valuable practical conservation and object handling experience.

I am grateful to Ella Ravilious, Susan Catcher and Lucie Page for organising and leading a fantastic project and for their constant encouragement and expertise throughout.

All other staff and volunteers involved: