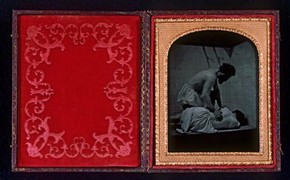 During their earliest period, the first photographs were one-off, singular, direct positive images (Figure 1). William Henry Fox Talbot (1800-1877), one of photography’s foremost proponents, was the first to realise the importance of the negative as part of a two-stage, image-making process, whereby multiple positives could be made from a single negative.

By placing a sheet of paper coated with light-sensitive silver salts in a camera and exposing it to light, Talbot produced, by further development and fixing of the latent camera image, a negative (calotype) of his subject. The negative, when placed in contact with a similarly sensitized paper and further exposed to light, inverted the values of the negative to produce the positive print.

It is testament to Talbot's discovery that, in the main, his negative/positive process has remained central to the evolution of the medium (Figures 2 and 3). Although technologically improved, today’s gelatin-silver negative would still be recognisable to Talbot as a direct descendant of those early paper negatives. 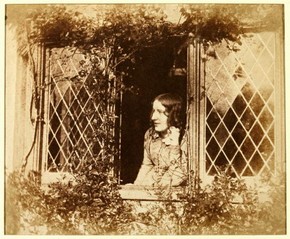 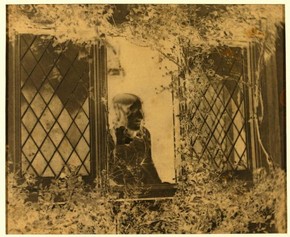 A negative is basically image-forming light sensitive salts (colour negatives incorporate dyes) suspended in a binder or emulsion of collodion, albumen or gelatin which is carried on a paper, glass or film support. The negative image is generated in a camera and the positive print is produced through either the 1:1 contact process or enlargement. The contact print retains a reputation for detail and quality and is often understood as the purest form of artistic as well as technical intent within the photographic medium.

A negative is a unique master. In the course of a life’s work, it is not unusual for a photographer to generate tens of thousands of negatives. There have been, and remain, a multitude of formats from the commonly known 35mm roll films to large sheet and plate material. The negative continues to be an important tool, playing a central role in a hybrid digital analogue production. There is a growing interest in some of the earlier processes by contemporary artists/photographers keen to explore areas of the traditional analogue processes.

The conservation and care of photographic negatives is based on understanding the stability and behaviour of the particular materials involved, for example:

Poor processing, whether by a commercial lab or the photographer, can have a significant impact on the stability of photographs. This is particularly relevant to the problems associated with the instability of acetate and nitrate film.

As with all photographic material, housing and environmental conditions play a crucial role in their preservation. For instance, many of the original packaging materials used by photographers are often of poor quality, which can have a detrimental effect on the  condition of the negatives. In addition, the sheer quantity of negatives in an archive will have a considerable impact on addressing conservation issues and the implementation of a preservation strategy.

In the early decades of the medium (1840s to 1890s) the two-stage negative positive process underwent rapid technological and material advances. This was shaped by a small group of chemist-inventors driven by the twin concerns of improving image quality and reducing the length of exposure time of the paper negative. These improvements were achieved by the introduction of glass as the negative support and the move from the single layer paper negative to the two layer (binder and support) wet-collodion process.

The arrival of gelatin emulsion in the 1870s saw the first instance of the integration of the light-sensitive silver salts into a binder (emulsion) layer. Initially a hand-coated process, the gelatin dry-plate soon became the first commercially-produced negative. This significant development, coupled with faster reacting printing papers and advances in camera technology, allowed for the enlarging of photographic prints, freeing the photograph from the earlier 1:1 contact print process.

The early 1900s saw a further defining moment in the evolution of the negative with the introduction of nitrate film. Once the preserve of a relatively small number of dedicated practitioners, photography was now made available to a wider, mass audience. Initially used in the motion picture industry, nitrate was the first commercially available, flexible, plasticized film base. 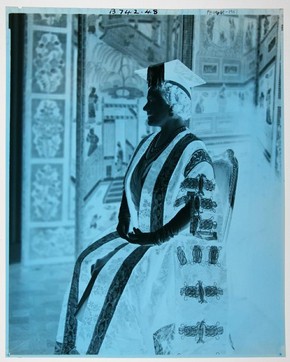 As the flammability and chemical instability of nitrate became recognised, cellulose acetate, known as ‘safety film’, was introduced as a replacement. Unfortunately, cellulose acetate also proved to be chemically unstable and the associated deterioration (known as ‘vinegar syndrome’) had a major impact on the photographic legacy of the mid to late 20th century (Figure 4). Colour film was first commercially available from Kodak in 1942. Essentially, this was similar to the monochrome negative, but with the colour image formed by the inclusion of three emulsion layers comprising cyan, yellow and magenta dyes.

Many of the processes, from the gelatin dry-plate, nitrate and later permutations of acetate, remained in use and overlapped through the 20th century. Nitrate was finally discontinued in the late 1940s. Due to the stability of the glass support, gelatin dry-plates were still favoured by some architectural photographers as late as the 1960s. Acetate remained in use until the early 1970s when chemically inert polyester became the material of choice for the majority of photographic negatives.

There is no doubt that the digital era has had a dramatic impact on the landscape of traditional photography. It has even been claimed that the photographic negative will not survive as a means of production and that it will be seen as an anomaly, a short-lived blip in image production, as we return through the digital process to the direct-positive image. Whatever the outcome as a means of production, it is certain that the negative, and in particular the considerable problems associated with the instability of both nitrate and acetate film, will remain a pressing concern for the conservator and those entrusted with the care of photographic material.

Further information on negatives
Lavedrine, B., Photographs of the Past: Process and Preservation, 1st ed. (Getty Conservation Institute, 2009).