Punch and Bunny: conservation of a pop-up theatre book 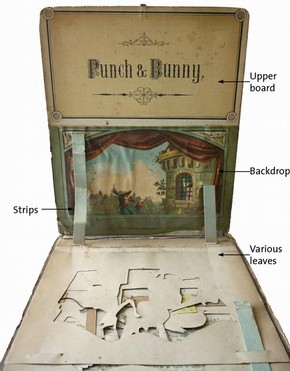 Ask any children about pop-up books and they will probably tell you they had the most incredible experience reading one. What seems nowadays to be an inexhaustible source of entertainment was originally a tough challenge for the creators of these books.

Over the years artists, paper engineers and book designers have continually defied the two dimensional limits of the leaf by adding tabs, flaps and other movable parts to produce the pop-up. The earliest known examples are the ‘volvelles’ or revolving discs. Developed in the 13th century, they were used to demonstrate the changing star patterns in the sky. ‘Metamorphoses’ or ‘harlequinades’, produced in the 18th century, were the first pop-up adaptations made specifically for children. These books employed a system of flaps which opened upwards or downwards to reveal hidden images or text. At the turn of the 20th century, movable books evolved into more sophisticated pop-ups; varying in designs these often limited editions were still quite experimental.

The object is made up of two boards hinged along the head edge. When opened, a mechanism of card strips raises the inner leaves to create a multi layered stage set with the proscenium arch at the front and the back drop lining the inside of the upper board (Figure 1). The proscenium arch leaf includes a tab which operates a mechanism that moves Punch’s arm and leg whilst pulling the bunny back and forth (Figure 2). At first, the principle seems rather simple, however, numerous parts are required to make the book work and when one of those is damaged, the whole system collapses.

When the book arrived in the studio the strips of card supporting the leaves were detached, creased and weak and the leaves were no longer able to stand upright. The back drop, drummed to the upper board, was tearing and suffering from planar distortion. Moreover, the movable parts of the mechanism were not operating properly when pulling the tab. 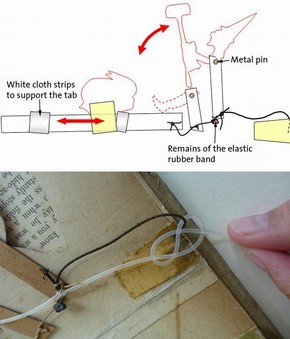 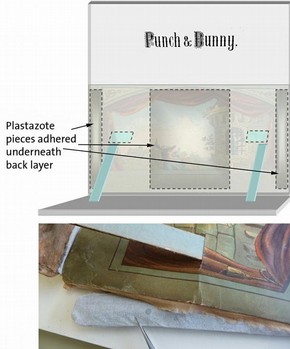 After a brief condition assessment, it quickly appeared that it would be necessary to undertake full conservation, which would involve reconstructing the book, in order to restore its original function. Due to the book’s complexity, it was important to understand the mechanics of the structure and the function of the individual parts. A diagram was drawn which helped identify the places where tensions, pressures, and frictions were causing damage (mainly due to inappropriate design and bad handling):

To be conserved the book was taken apart. The strips and the leaves were released mechanically from the boards, their tears and weaknesses repaired and supported with matching toned Japanese paper. The boards were then relaxed using Gore-Tex® and flattened under weight.

The badly damaged back drop was lifted using a steam pencil and a thin spatula, the dense layer of animal glue was reduced with moist cotton buds and it was then humidified inside a Gore-Tex® sandwich in order to relax and flatten the paper. After drying under weights, the tears were repaired with a medium weight Japanese paper and lined with a light Tengujo paper using thin wheat starch paste. 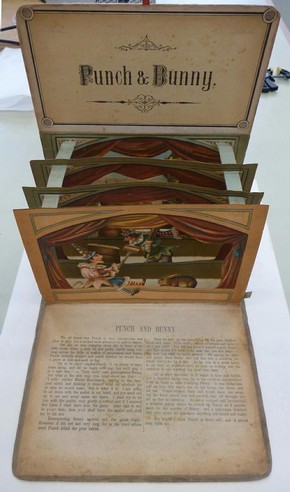 Figure 4 - Punch and Bunny after conservation

After conservation, although still needing to be handled with care, the book is able to be opened and closed without elements tearing or breaking. The layers and the mechanism have regained their role and the object its meaning (Figure 4).

In order to repair such an unusual three dimensional object it was necessary to consider, adopt and adapt both traditional and new materials which offer the necessary qualities. The complexity of this object provided the opportunity to experiment to find an innovative solution through research and discussion with colleagues in the Conservation Department.

I am grateful to my colleagues in the Book, Paper and Preservation Conservation Studios.