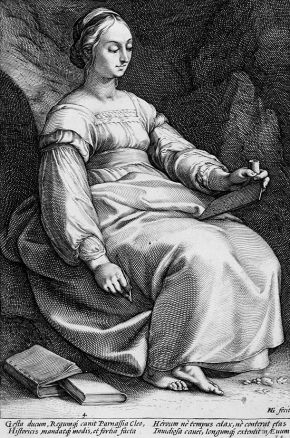 Welcome to this year’s edition of the V&A Online Journal. Our seventh issue features writing from current Museum staff, external scholars and practitioners, and graduates of the V&A/RCA MA in the History of Design.

This issue presents a series of exemplary object studies, which move from the micro to the macro through a variety of material translations and transformations. With ease, our authors embrace the full spectrum of the Museum’s Collections, draw on materials from the 3rd century to the present day, and span the distances between the Silk Road and the V&A’s own environs in South Kensington.

We start with Roisin Inglesby’s investigation into the mysterious story of an ‘orphan’ object. This unique 17th-century embroidery depicting Mary Magdalene was left in the V&A’s Textile Conservation Studio, only to be rediscovered in 2006 during a routine audit. Inglesby uses the artefact, about which little is known beyond what the object itself reveals, to produce a deft examination of the subtly coded material culture of domestic devotion in 17th-century England.

Like Inglesby, Nick Humphrey considers the transmission of design ideas from print to other media. In his essay, a 16th-century games box is shown to playfully mimic the appearance of the printed page, enacting a translation from paper to the more enduring surfaces afforded by wood, ivory and bone. Humphrey explains how and why this imitation was entirely deliberate, as he traces the multiple printed sources for the object’s complex decorative scheme to give a clearer sense of the box’s design, manufacture and social uses.

Material translations are also at the heart of Danielle Thom’s study of an 18th-century ceramic quart mug. Here, multiple shifts – from print to ceramic, from flat to three dimensions – inflect the meaning of the polemical scene depicted on the object. By teasing out these modifications, Thom restores to view the mug’s distinctive ritual, political and performative functions within Protestant masculine sociability in 18th-century Britain.

Melissa Hamnett addresses another aspect of the V&A’s early 20th-century history: the development of the Museum’s new façade on Cromwell Road, designed by the architect Sir Aston Webb and completed in 1909. Hamnett sets the scene in this first of three essays about the Aston Webb extension, establishing the project’s wider social, cultural and political currents. In doing so, she shows the shifting alliance between architecture and sculpture that informed the façade’s development, most notably by looking at the emergence of the New Sculpture. Parts two and three will appear in future editions of the V&A Online Journal.

The issue finishes with a contemporary building site, as Lina Hakim and artist Liam O’Connor reflect on the material transformations the V&A is currently undergoing. As the first Exhibition Road Drawing Resident, O’Connor spent a year documenting the construction of the V&A’s major new temporary exhibition space, due to open in 2017. His practice, both at the V&A and during a previous residency at the British Museum, uncovers the many tiny gestures involved in projects on this scale: performances and material traces that remain crucially hidden in the finished buildings.

As Andrew W. Mellon Postdoctoral Research Fellow at the V&A, Hakim’s presence points towards another exciting development in the 21st-century Museum: the V&A Research Institute (VARI) Pilot Project. Generously funded by a grant from the Andrew W. Mellon Foundation, VARI has invigorated how we think about the Museum’s Collections during a yearlong programme of workshops, experiments and conversations. In proposing innovative models for object-focused collaborative research, VARI is absolutely at the interface of history, theory and practice.

The V&A Online Journal aims to provide a forum for research papers from scholars inside and outside the Museum, in a bid to promote dialogue and open up new ways of interrogating material culture, current design practice, histories of design and all other related fields. Provided that submissions meet the academic standards set by our Editorial team and peer reviewers, we welcome articles for future issues on the history of art, architecture and design relating to the V&A’s collections, public programme or institutional history; features focusing on new acquisitions or objects linked to V&A exhibitions; reflections on the educational or creative industries role of the Museum and reviews and previews of V&A publications, conferences or displays.

Further details on submission are available on the Submission Guidelines page and we can be also contacted at vandajournal@vam.ac.uk.

We would very much like to thank our authors and all who contributed to the successful production of this issue.