“Libraries gave us power,” sings James Dean Bradfield on the Manic Street Preachers’ track ‘Design for Life’. “Then work came and made us free,” he continues. “What price now for a shallow piece of dignity?” 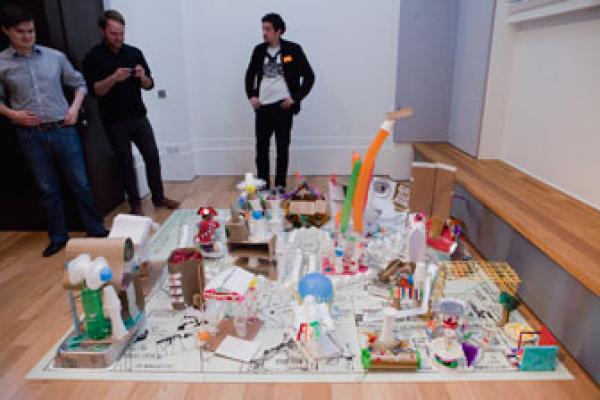 The song goes on, and on, before it begins to repeats itself, but the point is that our ‘Design for Life’ workshop began at 1.30pm on Monday with similar revolutionary zeal, challenging our school-aged participants to design a new suburban neighbourhood for a community of flexible workers. 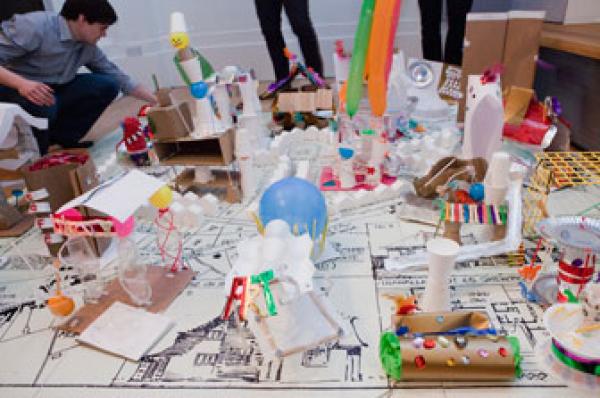 We commissioned each group of six to transform a typical communal building or meeting place into a new design that took inspiration from the galleries at the V&A. The building assignments ranged from the community staples, like a library and a local playground, to an aspirational outdoor concert area; nevertheless, every structure would play a crucial role in our master urban plan, which would only be realised at the end of the workshop when we would assemble each group’s model on the giant neighbourhood floor plan laid out in the auditorium. 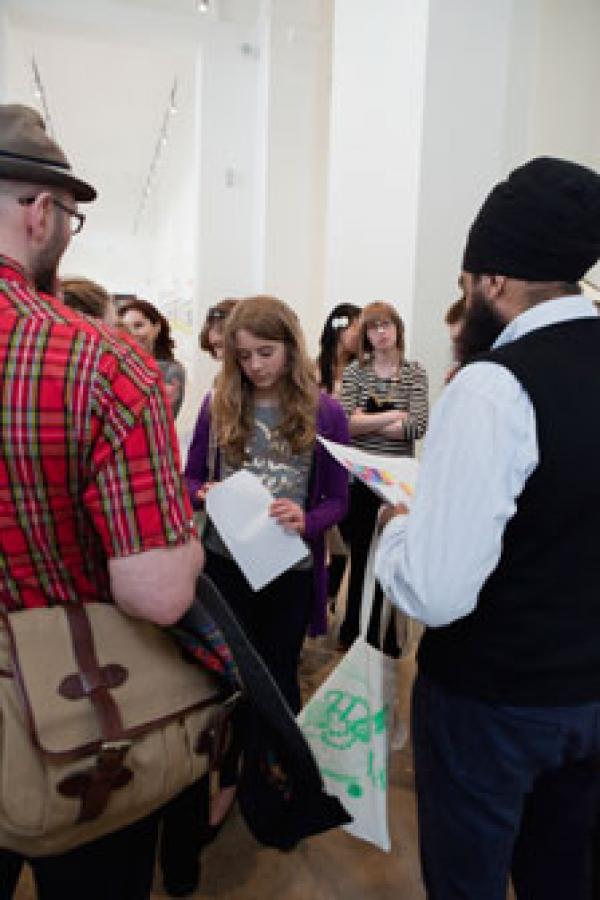 In the interests of fairness, we allotted the model structures to each group using a tried and tested method of impartiality and temporary suspense: the trusty mystery brown envelope. 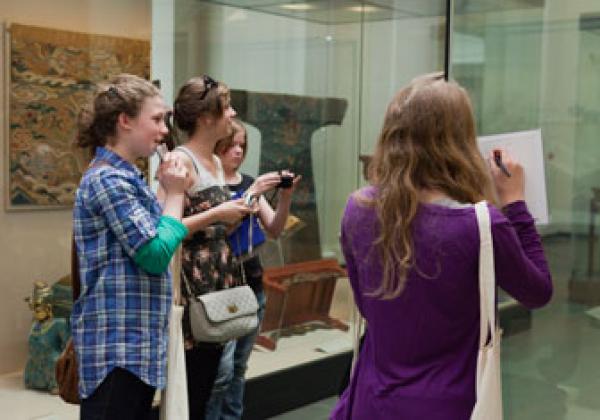 With their torn-open brown envelopes in hand, we packed the kids off to explore the V&A’s galleries for inspiration, instructing them to return to the Sackler Centre in an hour to create a model of their building assignment. 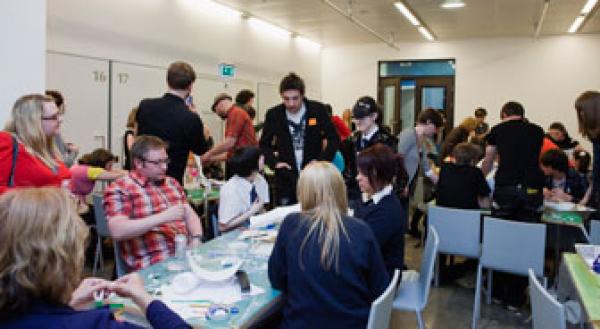 Erin O’Conner arrived when the kids were in the process of ripping and sticking and gluing their models together and she bravely went from group to group to uncover the design and creativity behind the mad scenes. 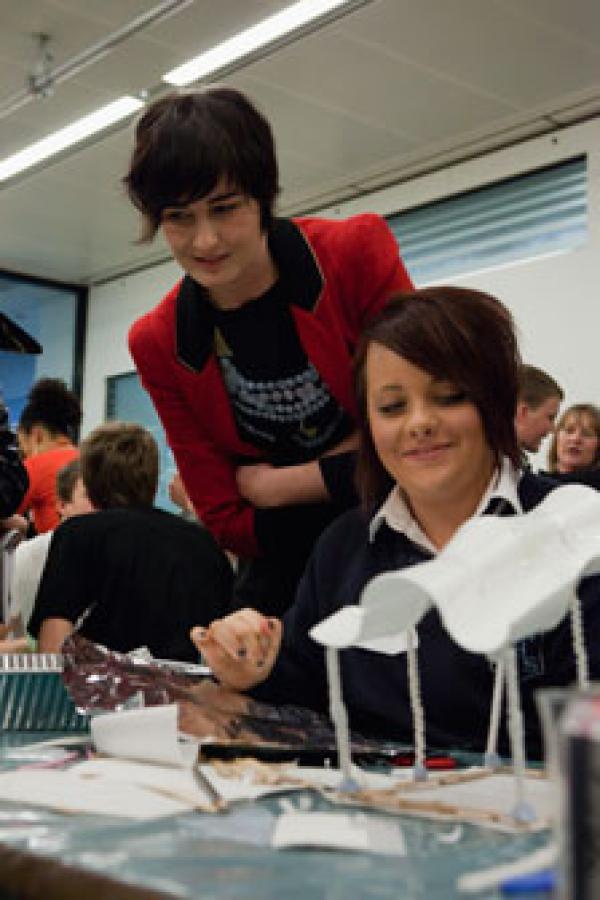 Our guest judge singled out the roof of one of the designs for particular mention. She likened the Styrofoam coffee cups cut in half to a design by David Adjaye. High praise indeed, though a difficult compliment to explain to a group of children more familiar with the other more famous David.

THERE GOES THE NEIGHBOURHOOD!

As the kids continued to work on their models, we had a good chat with Erin and took part in a group photo – sucking in our cheeks and trying not to look like grinning idiots in the close company of a super model. 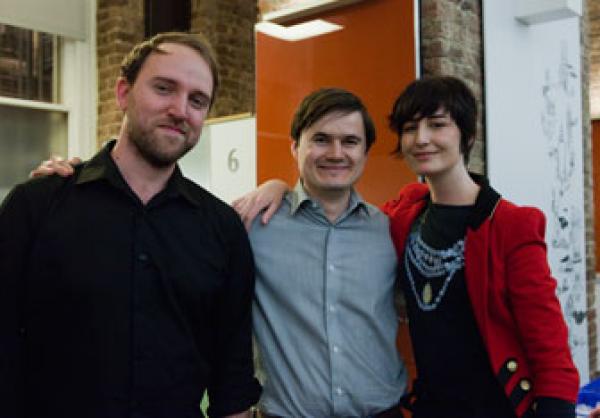 When the designs were finished, each group brought their model to the auditorium, where we placed them together on the floor plan to form a model neighborhood. 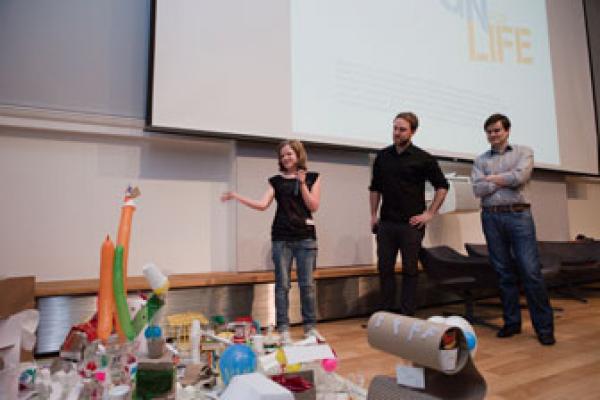 The end result was an eclectic mix of buildings of different sizes and different materials. Putting the case for rational urban planning to one side, we invited a representative from each group to come down to the front of the auditorium, mount the podium, and talk us through their designs. 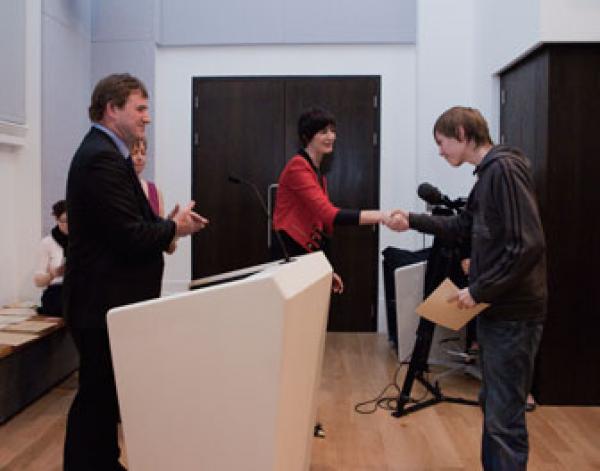 Following the presentations, Erin and David Anderson, Director of Learning and Interpretation at the V&A, recognised the efforts of our young participants and awarded each of them with a certificate to commemorate their taking part in the Design for Life programme. And if that was not enough, the kids were treated to the additional reward of a Q&A session with Erin, David and aberrant architecture.

The main question the kids wanted to ask was why Erin, David and the members of aberrant had chosen fashion and architecture for our respective professions. 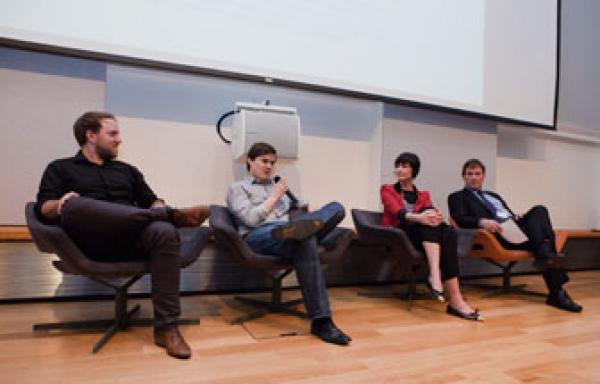 Erin found this question to be straightforward enough. As a model, she recounted the moment she was discovered as a tall 16-year-old standing out from the crowd. David went next and he explained his childhood passion for constructing odd shapes out of Lego and making a Blue Peter-inspired paper-mâchémess of the Thunderbirds’ Tracey Island.

As you might imagine, this is every architect’s default back story when addressing young children, so it left aberrant architecture in a bit of a bind. 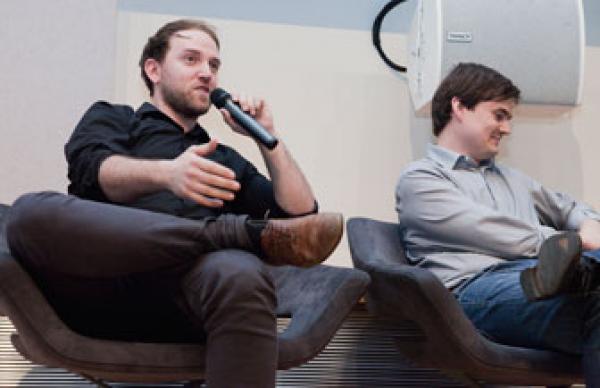 Not to worry. Step forward Kevin Haley, the would-be distant relation of the Brothers Grimm, who remembered a fascinating tale about his younger self, lying in bed, dreaming about becoming a fireman. But whilst the kids listened to Kev tell his noble story about the firehouse being his true calling, everyone else at aberrant was amazed that we had never heard this story from him before. More concerning still, it was the first that Kev had heard of it as well.

He later told us that he had cracked under the pressure. Faced with an auditorium of kids grinning with anticipation and wide-eyed with the idealism of youth, the fireman story had been the first cover story to come to mind. As we had all previously thought, Kev’s original ambition was to become a computer programmer, but in a momentary panic, he had lied about his genuine childhood career choice in case it sounded too geeky in front of the kids!