“Unlike many a would-be politician, our entry hopefully looks a lot better than it sounds…”

The aberrant team has been all over the map this week. Much like an electioneering MP, we visited an Italian enclave in central London, we knocked on doors in our local community and we even addressed an audience in the regions.

The aberrant tour began on Wednesday morning when we called in on Nigel Coates, our former professor at the RCA, who has recently opened up his new studio around the corner from the V&A. Later that day we went to a private view of the Ron Arad exhibition at the Barbican Centre, which was being hosted by Vitra, the furniture designers.

The following morning we were invited to the Italian Cultural Institute in Belgrave Square to witness the London press launch for the upcoming Venice biennale. 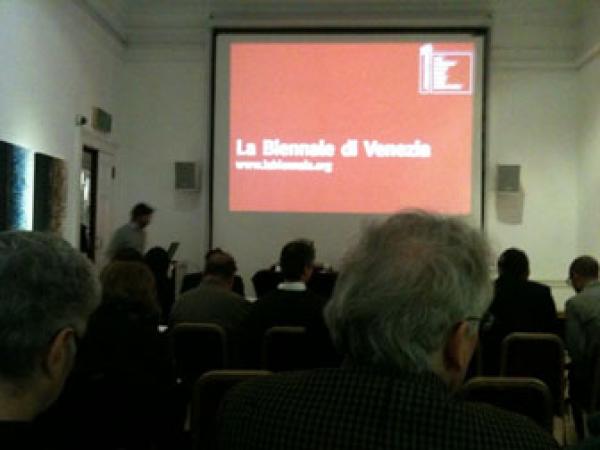 Introducing the biennale’s theme of ‘people meet in architecture’, Kazuyo Sejima, the curator of this year’s exhibition, said: “The twenty-first century has just started. Many radical changes are taking place. In such a rapid-changing context, can architecture clarify new values and a new lifestyle for the present?”

On Thursday afternoon we travelled down to Cardiff University to give a lecture to the Welsh School of Architecture. We were met at the station by two student reps, Nathan and Katherine, who whisked us away to the school and gave us a whistle-stop tour of the department. In return, we delivered a lecture about our Gordon Wu project and our V&A residency, which – to unashamedly blow our own trumpets – was later described as “really great”, “very different” and “a very refreshing outlook on architecture”.

Whilst some of us might have been gallivanting around Britain, the aberrant architecture engine room was kept firing in the studio as we still had to finalise our submission for the Royal Academy of Art’s summer exhibition: a diptych featuring a street row of houses. 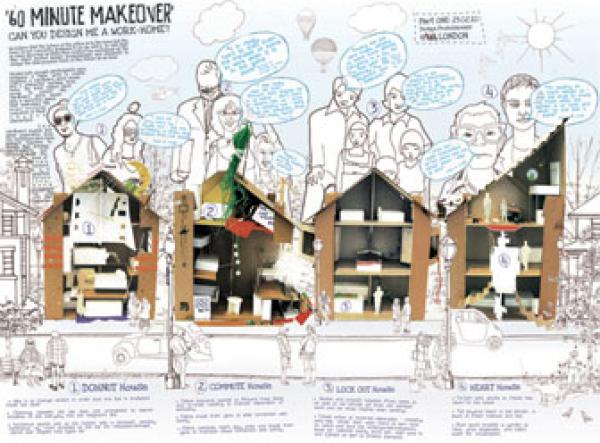 Each number on the street is emblematic of the live/work homes that were designed and built by the participants in the various workshops that we have been running at the V&A. In addition, the characters that live in each of the multi-functional live/work homes are displayed above the rooftops alongside a selection of their home-working grievances. 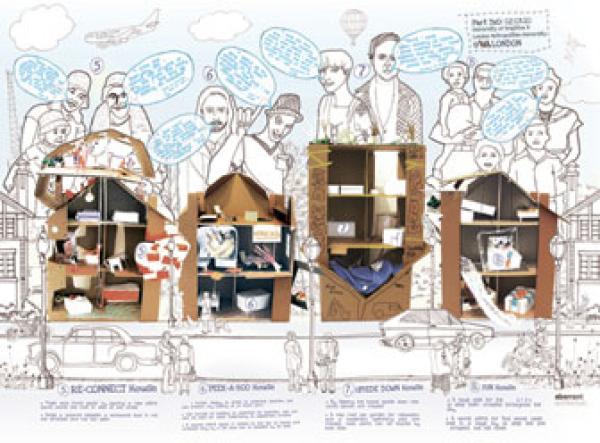 But unlike many a would-be politician, our entry hopefully looks a lot better than it sounds. Therefore, come the selection day, we hope that the judges will vote for it to be hung!