It is surprising how quickly we got used to working on the busiest shopping street in Europe. 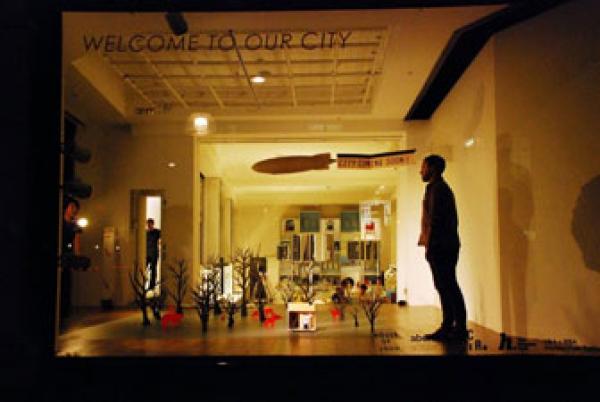 After pulling two all-nighters in Selfridges – operating under the cover of darkness to facilitate the changeover from the previous occupants of the Wonder Room Windows to our own ‘Welcome to Your City’ installation – the aberrant/house of jonn coalition was revealed to the public on Wednesday morning.

In The Public Interest

Sitting in our temporary studio, gazing out at the shoppers walking up and down Oxford Street, we spotted Sarah Brown, the ex-Prime Ministers wife, who gave us a cursory glance as she walked past. 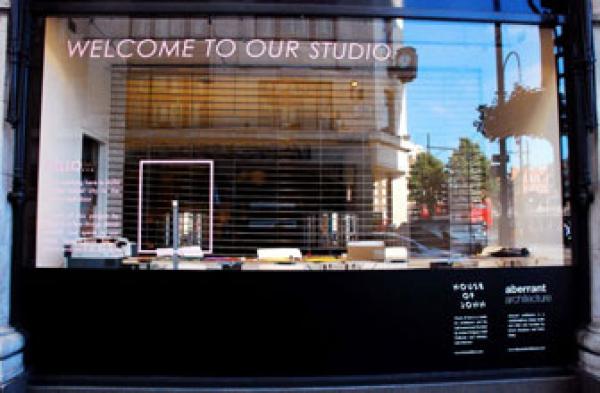 But former first ladies aside, we have been overwhelmed by the public interest in our interactive project. 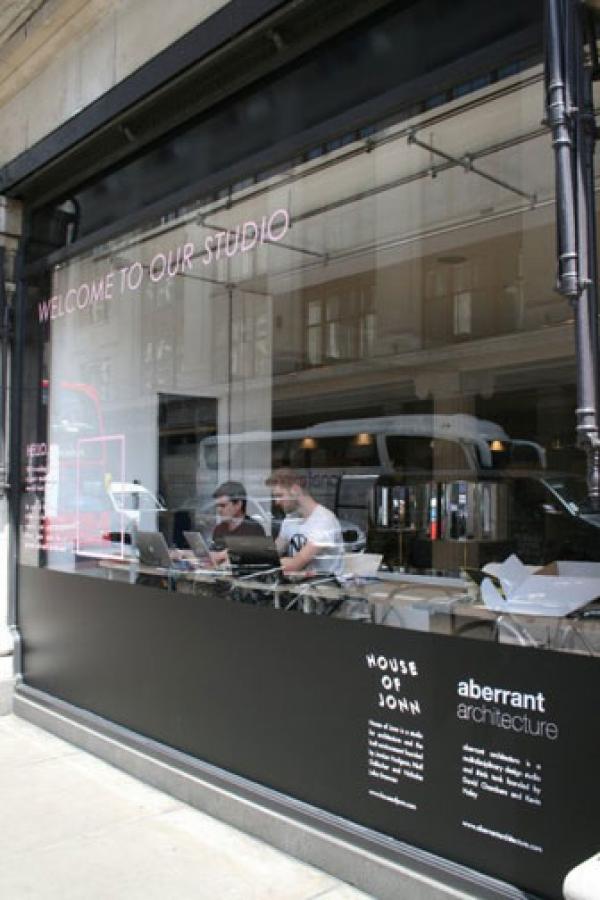 On the weekend, we had a visit from a band wanting to use the installation in an upcoming music video, and a mother and her son actually got off their bus to get involved with the project.

Our street team have been asking people what they love and loathe about London, before leading them around to the corner to be shot by our cameraman (but not before letting them do their hair in the window). The photographs and the comments will be included in the cityscape, taking up residence in a house or flat within the installation. 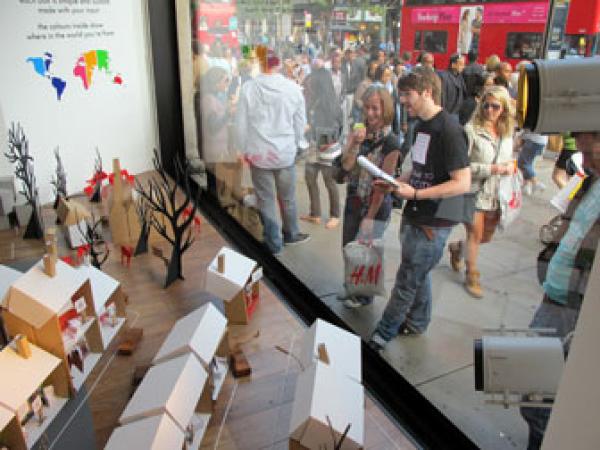 As consummate professionals, we are above publishing funny-looking photographs of people for a cheap laugh. On the other hand, we have received a number of funny comments about London that deserve to be aired, if only anonymously.

In the first four days of the project, London has been described as “More interesting than Devon” and the “Best City to be a gay man”. 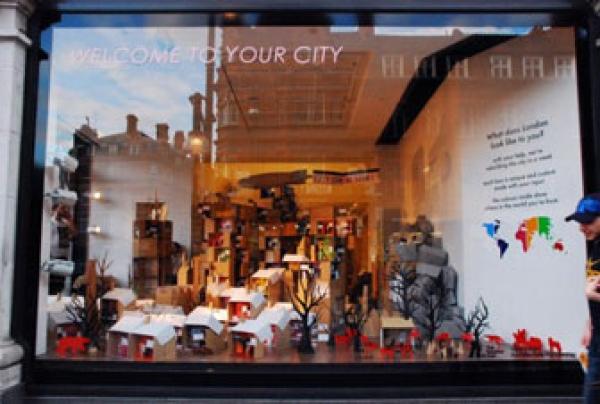 Amongst the many plaudits the capital has received for being a liberal, multi-cultured, world city, one man from Alabama was “having a hard time understanding accents,” but loved that “everyone speaks in English.” Another equally tolerant person loved multi-cultured London because it has no Londoners.

Some people are too easily pleased, such as the person who loves the “Electricity, lights and people” in London, or the tourist from India who praised London for its “management”. 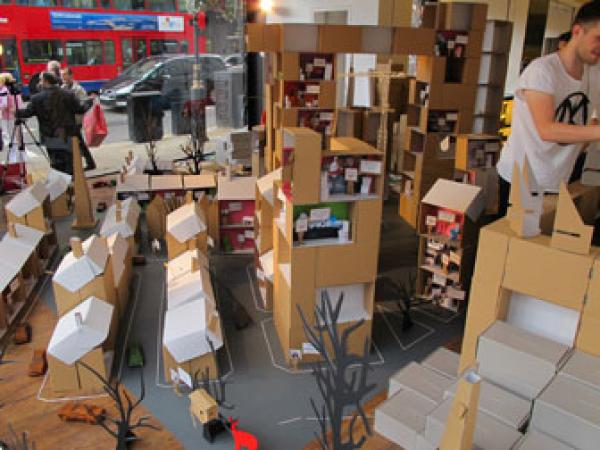 But the comments have not all been positive. There have been mixed results. One guy, for example, loved London because he had found a severed finger in the capital. A girl from East London said she loved the city because “no one seems to care about anything”. And a Gallic-sounding contributor loved London because “it is so close to Paris”.

Of our pick of the criticisms London has received, most of which were about the weather, the crowds and the public transport, one girl helpfully told us: “I get real bad hay fever here”.

However, the final word on the love/hate that people have with the capital has to go to the person who said: “Traditional materials give you more pattern”. Exactly what we would have said.

“The t-shirts have been designed for our street team, the vinyl graphics for the windows have been ordered, and the press releases sent out…” The Shop Plan All...