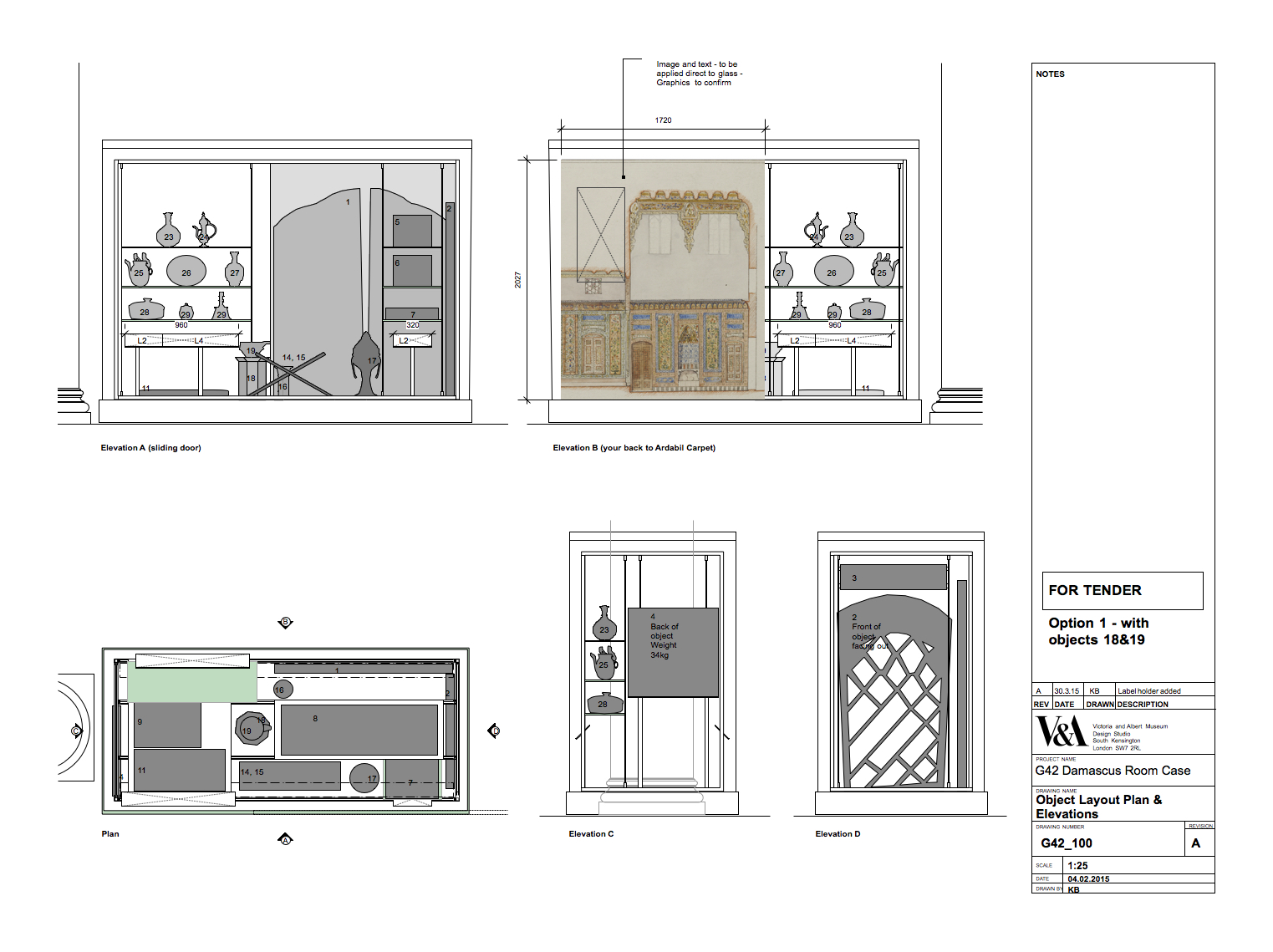 I enjoyed working with Mariam on the Damascus Room case. Despite the relatively short amount of time to design and deliver the project, the design process itself was reasonably straight forward, and helped by Mariam’s clear direction in terms of objects and approximate layout.

The aim was to reuse and enhance the existing case in the gallery, which up to now has been used for costume displays. The Damascus Room display included a combination of objects that were to be suspended, shelved and positioned on the floor. This simple objective was complicated by the constraints that the supporting components could not be fixed into the base or top of the case, and that the case could be used to display a variety of object types in the future – whatever they may be…

It was clear from the start that a freestanding internal structure would need to be designed to support the objects for this display, and so I started off by coming up with a few ideas for this. These evolved around the rough layout for this display, factoring in additional shelving for future exhibitions.

In terms of the material we decided on to build the structure, powder coated steel is not only strong but conforms to the Museum’s conservation requirements, as it is considered inert in terms of its chemical interaction with objects. I wanted to keep the structure as visually lightweight as possible yet strong enough to support heavy objects, and decided to use the 30mm steel square sections that have been used elsewhere in the gallery.

We explored a few ideas on how the rails could work to allow rods, cables and label holders to be positioned flexibly anywhere in the case, and decided on both a continuous channel track and predrilled threaded holes. I then concentrated on the object layout and worked with the in-house graphics team to determine the large image, introduction text and label sizes. 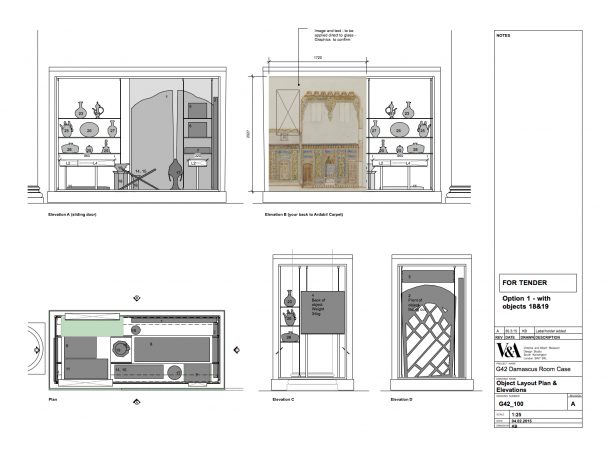 Once the internal team approved the layout and concept for the internal structure, I developed the drawings and produced detailed plans of the components, which were then issued for contractors to tender. 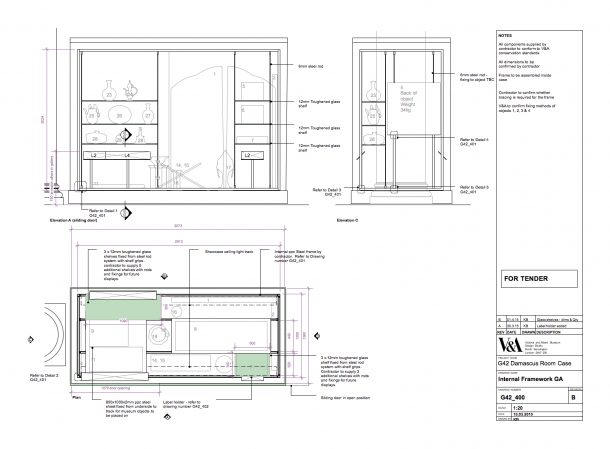 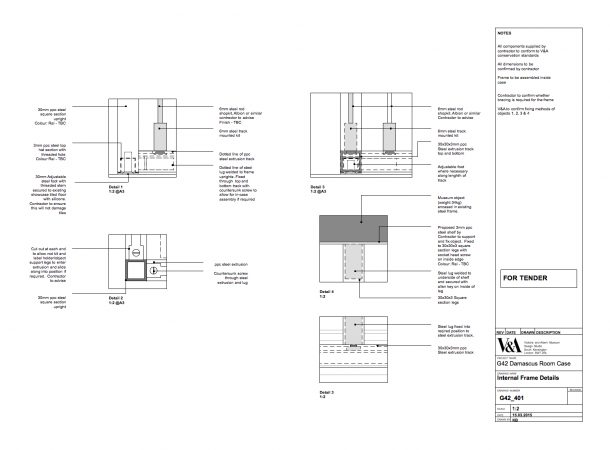 Benchworks were the successful contractors and they stepped up to the challenge of the quick turnaround. We met with the whole team to discuss the structure and how it would be assembled in the case, with the complication that the case door is only able to slide open half way. Matthew Clarke from V&A Technical Services advised how the objects would need to be secured to or from the structure, and provided Benchworks with sketches of what would be required.

The structure arrived on site and was assembled on the Friday (with some minor technical hitches along the way), but Benchworks worked hard at overcoming these during the installation. It was then all ready for Mariam and her team to set to work and position the large objects in the afternoon and the rest of the objects on the Monday ready for the opening on the Tuesday. Pictures of the installation process and the completed display can be found at Mariam’s blog here.