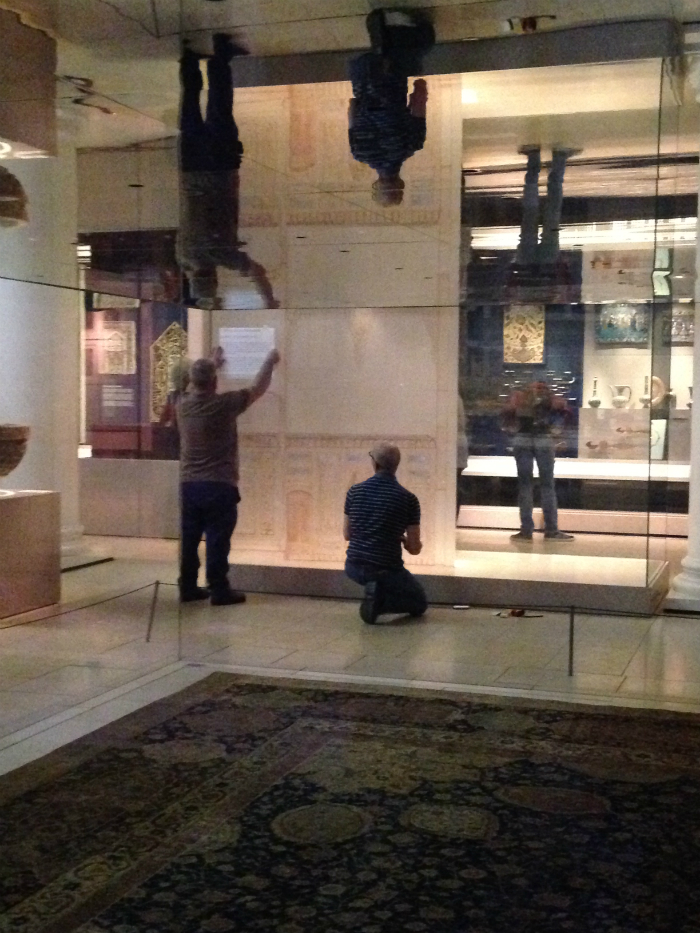 The Damascus Room display was ready just in time to coincide with yesterday’s conference, Culture in Crisis. We thought you might like to see how we put the display together!

First, Phil Collett and Keith Hartnell from the Museum’s Print Unit installed the graphics. The watercolour sketch we have used as a contextual image for the display is a drawing in the V&A’s collection by James William Wild, made in 1847 of the interior of the house then occupied by the British consul in Damascus. The image hopefully provides a lure to the display as well as disguising the rather uninteresting backs of the cupboard doors that sit on the other side of the graphic. 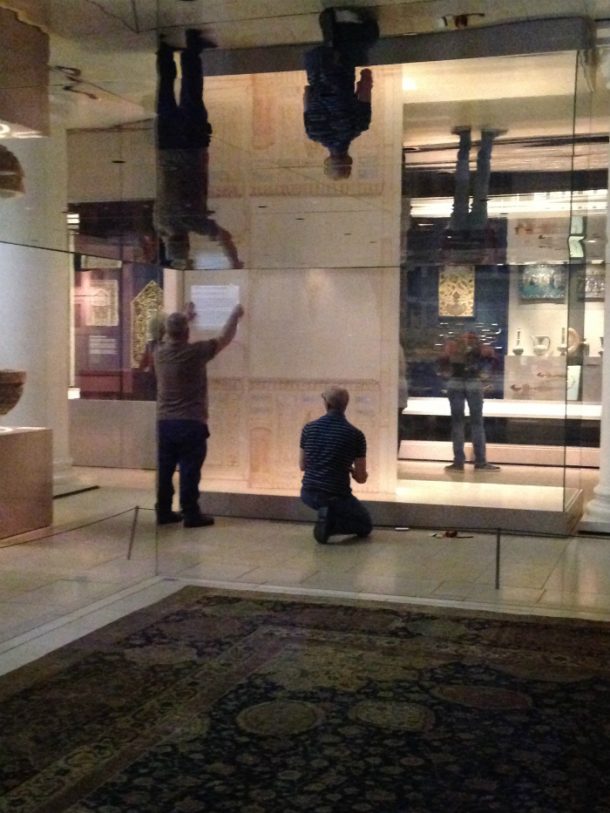 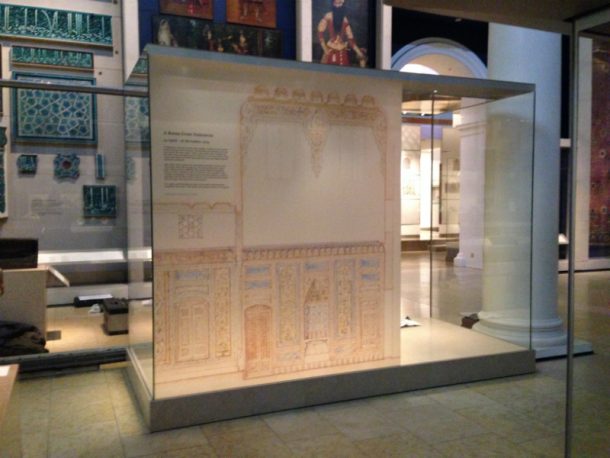 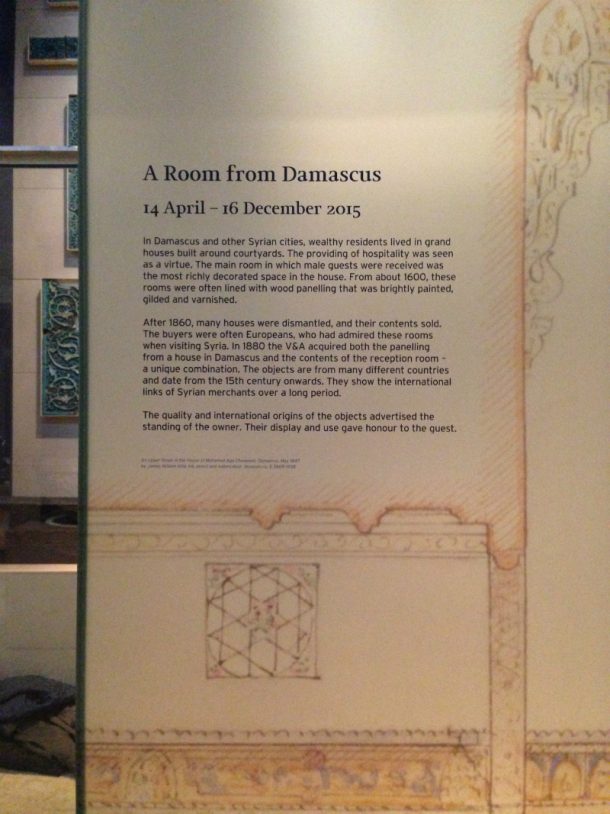 The next stage of the process was to build a new display structure on to which the objects in the display could be mounted. This display case is just a glass box so in the past we have concentrated on displays of Middle Eastern costume that could be mounted on mannequins. This display gave us the opportunity to design and develop a structure that will allow us to do more flexible displays in future, highlighting different parts of the V&A’s extensive Middle Eastern collections. Since we did not want to drill into the stone floor or mirrored ceiling of the case, a self-supporting structure was designed and fabricated, and installed last Friday by contractors from the company Benchworks. 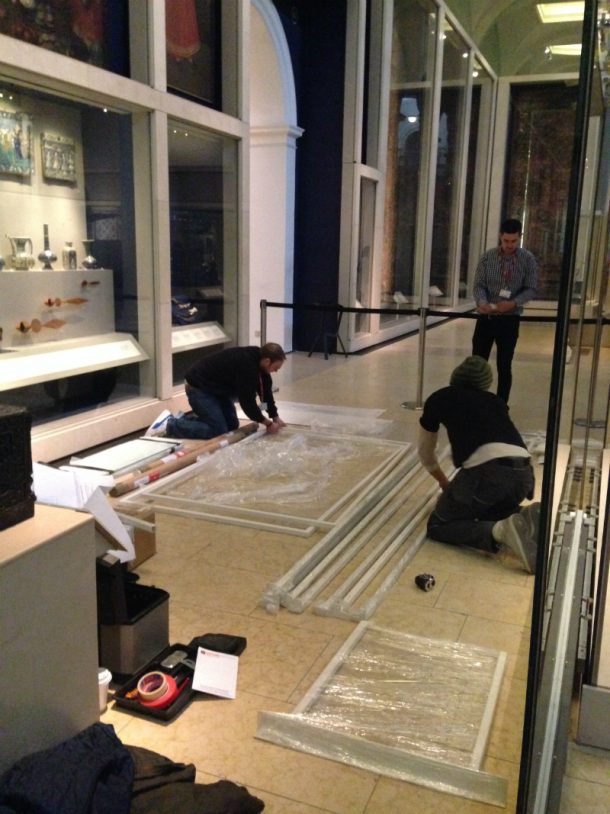 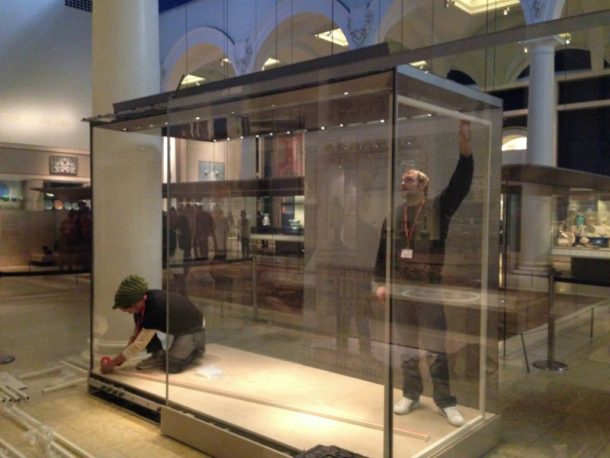 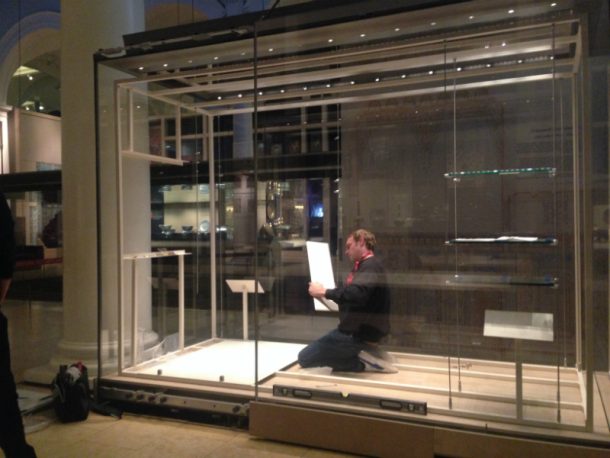 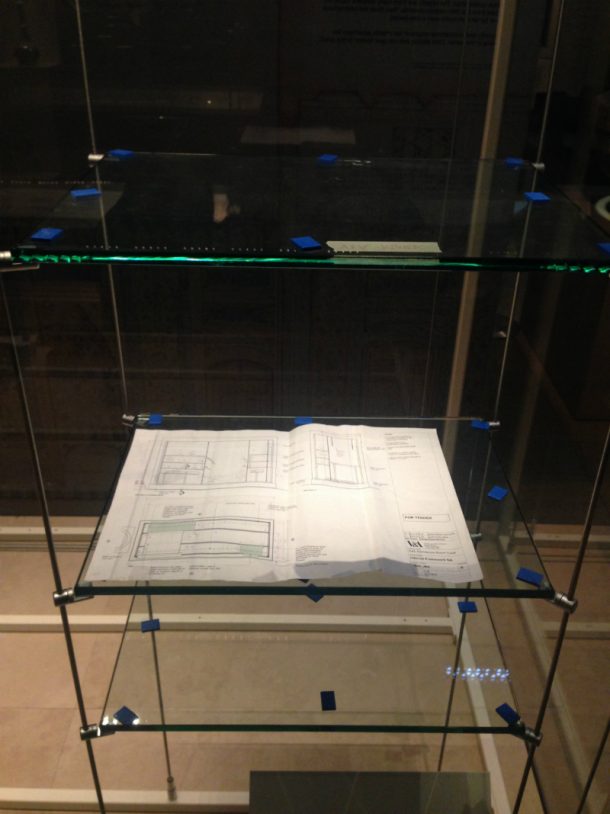 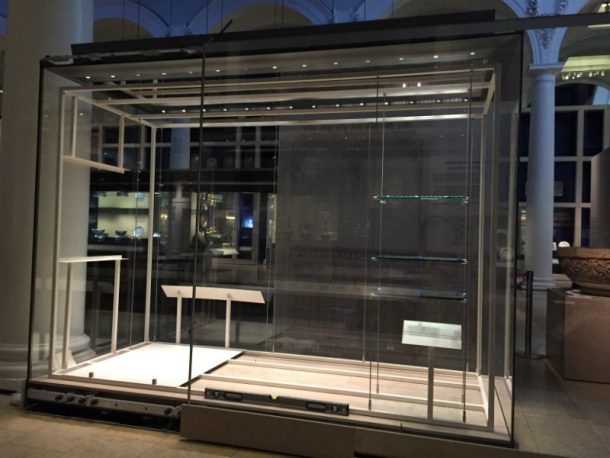 On Monday we were ready to install the large-scale objects, starting with the remaining panels from the Damascus Room. This required all the skill and ingenuity of the Museum’s Technicians. Here are Roger Murray and Nikki Breen helped by Phil Evans, all from V&A Technical Services. Andy Monks was also involved in making mounts for these objects but I didn’t manage to catch him on camera! 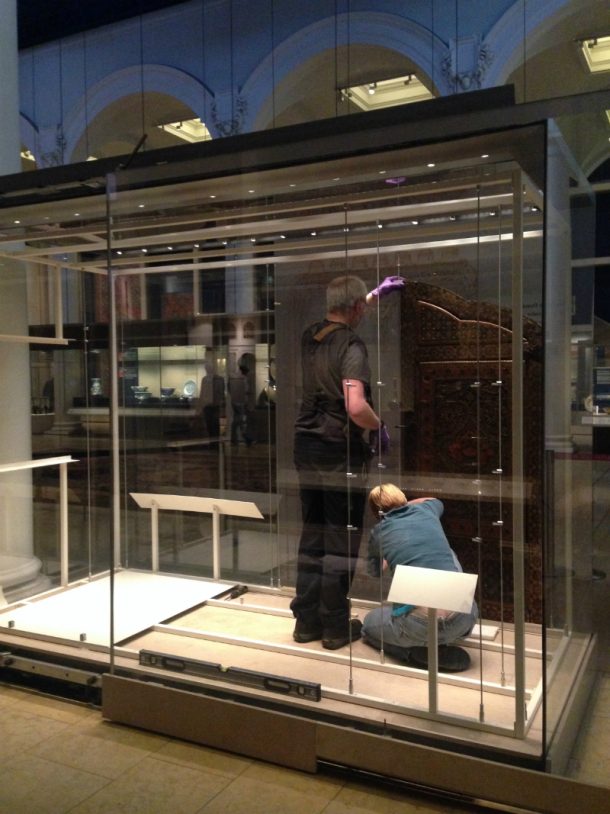 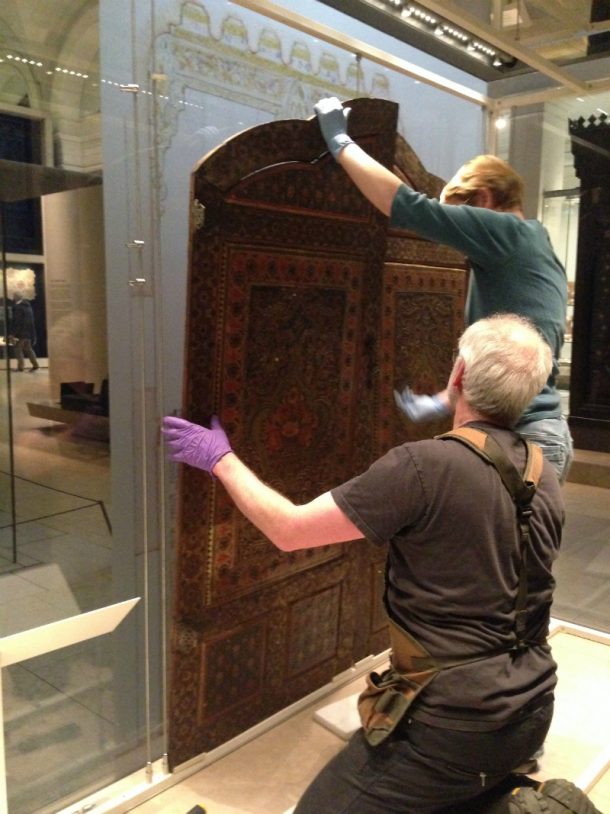 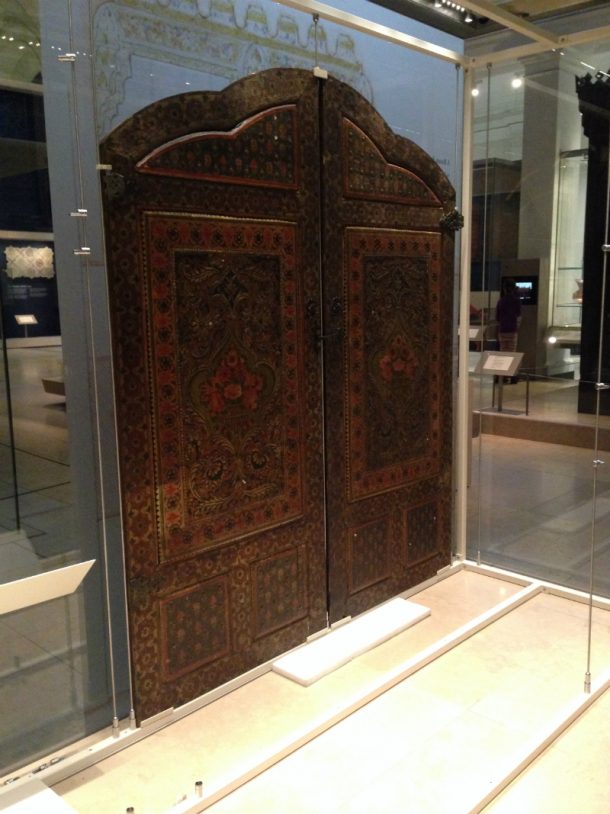 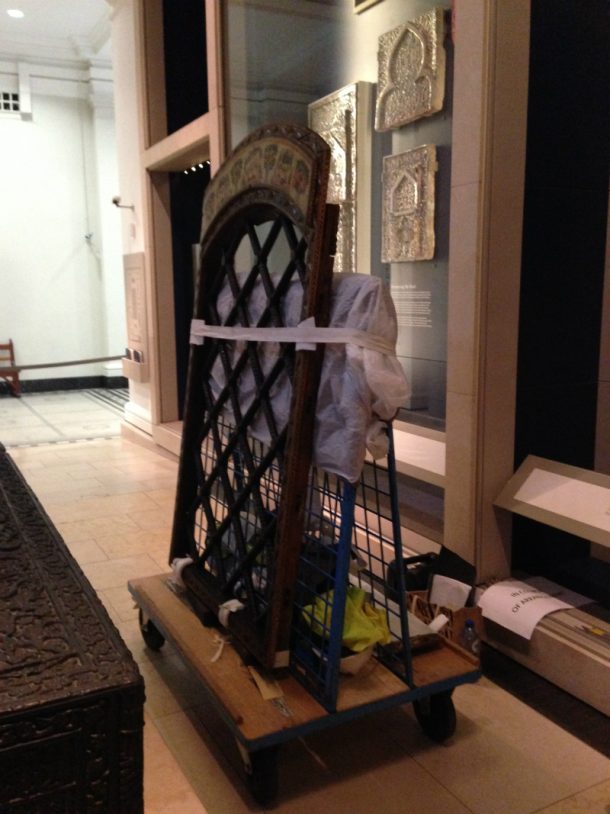 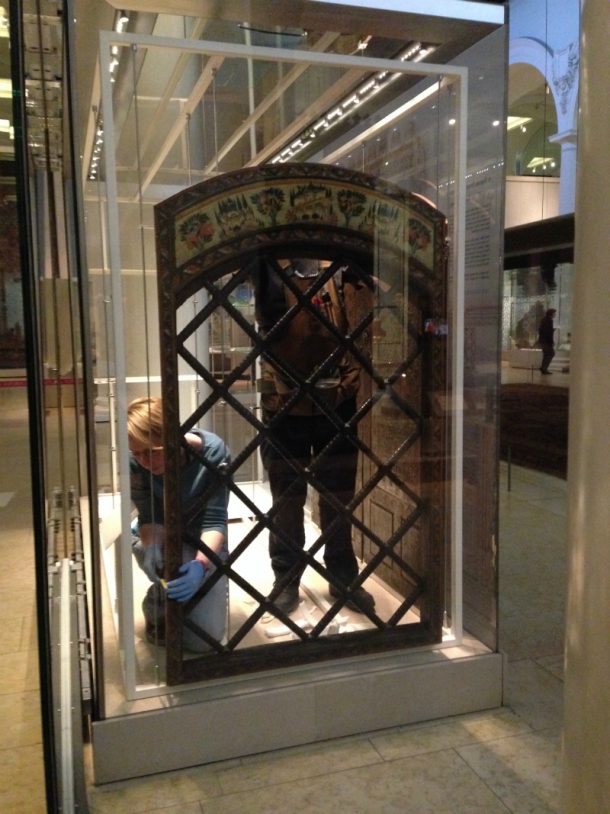 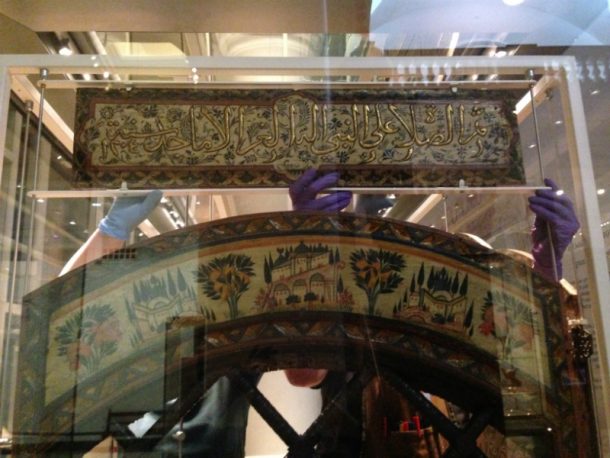 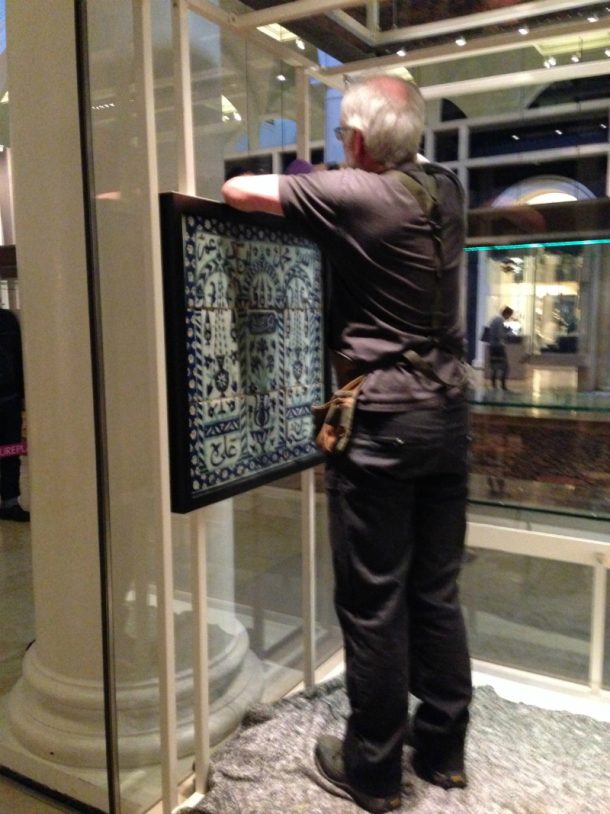 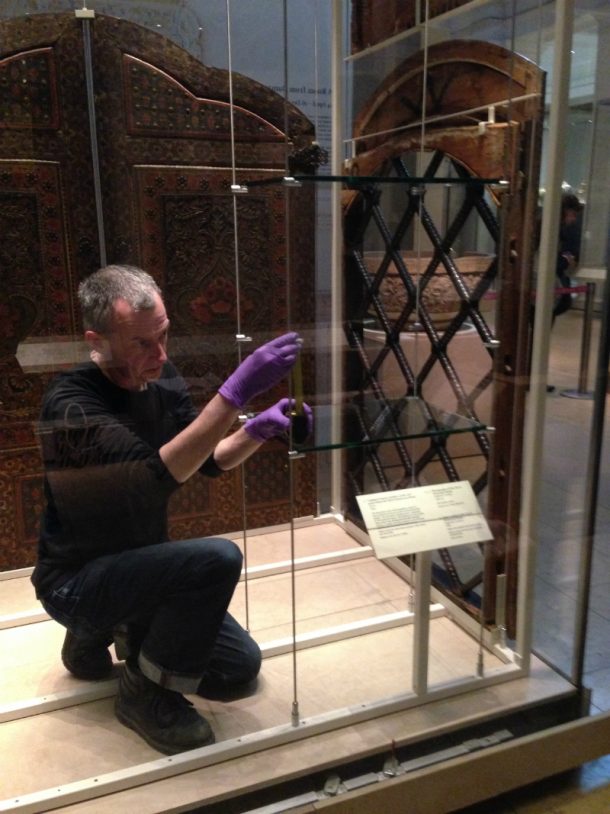 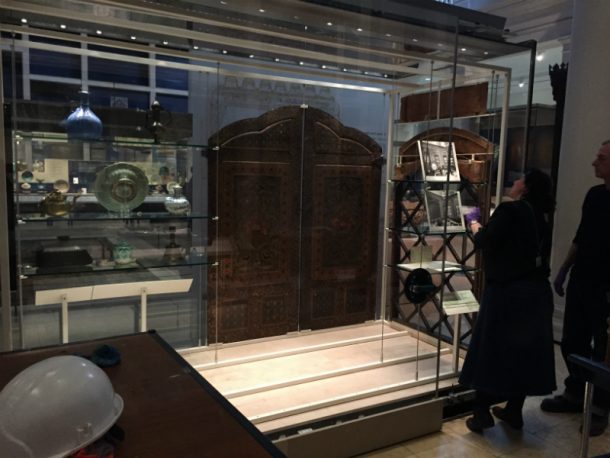 By the end of the day we had time to place a few of the smaller objects, so that the display felt mostly finished before we locked the case up overnight and had a rest. 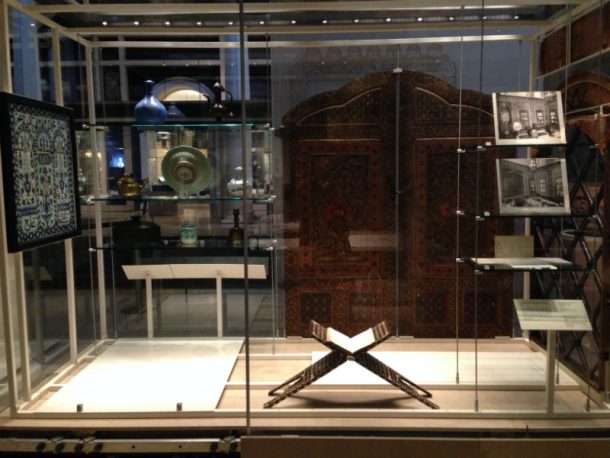 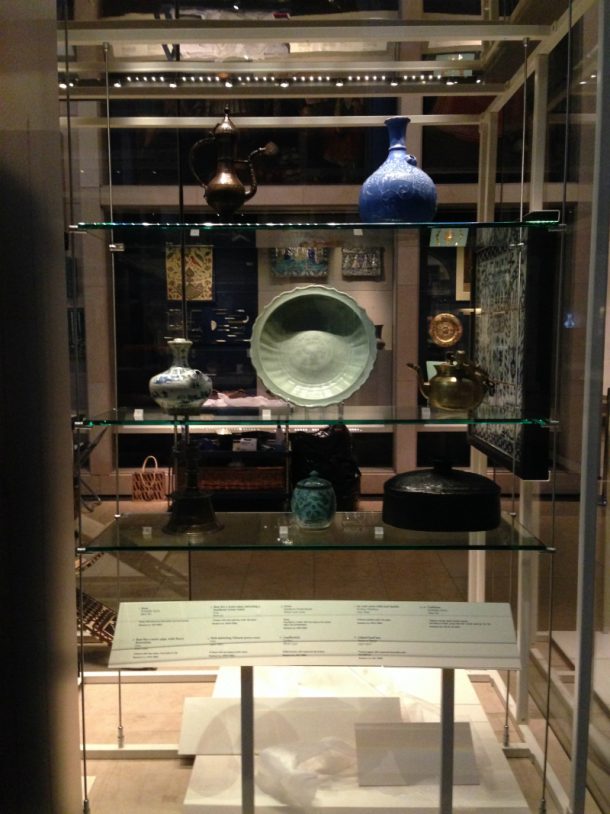 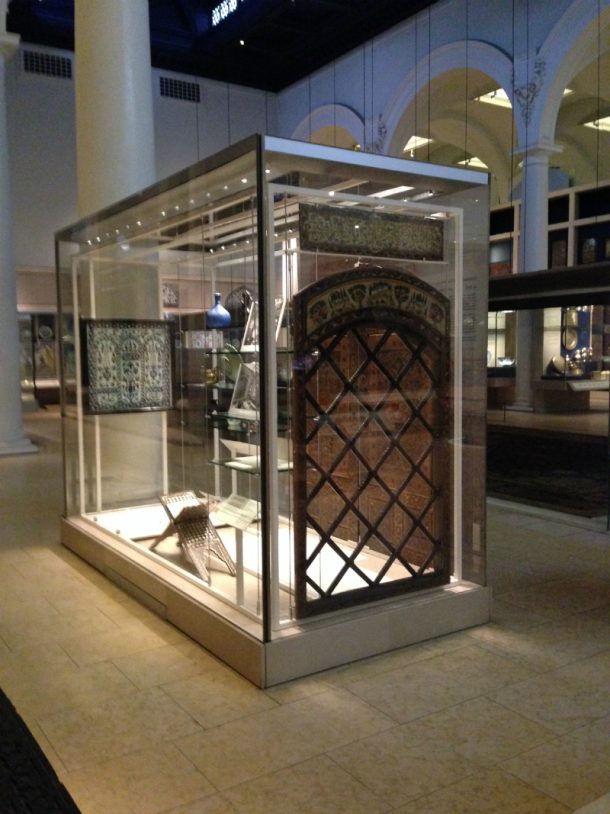 A bright and early start (8 am!) the next morning. My colleague Behnaz Atighi Moghaddam and I installed the last few objects, pretty tired but still with smiles on our faces! The final touches to the display included the all-important task of cleaning the glass! 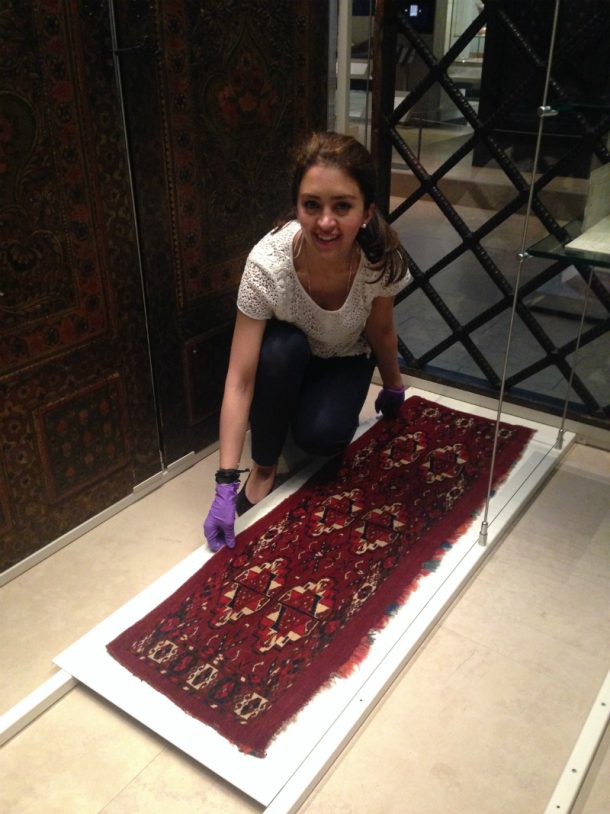 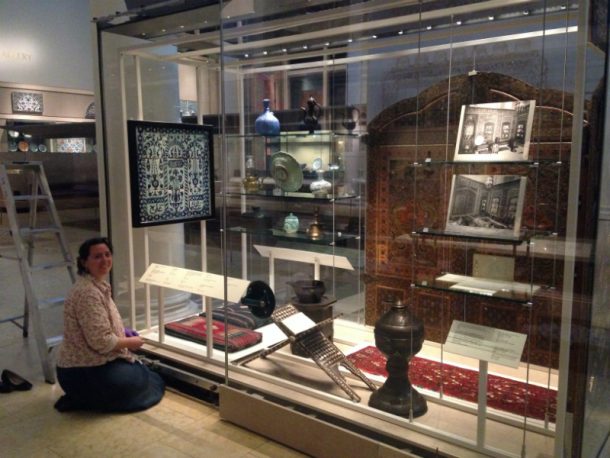 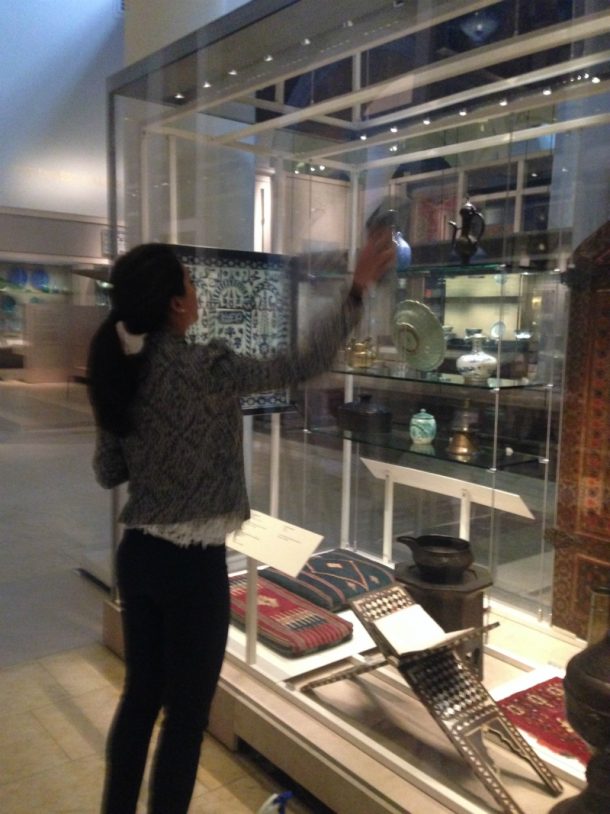 We were finished just in time for the Museum to open at 10 am. Please come down and have a look. Our Damascus Room is waiting to receive you! 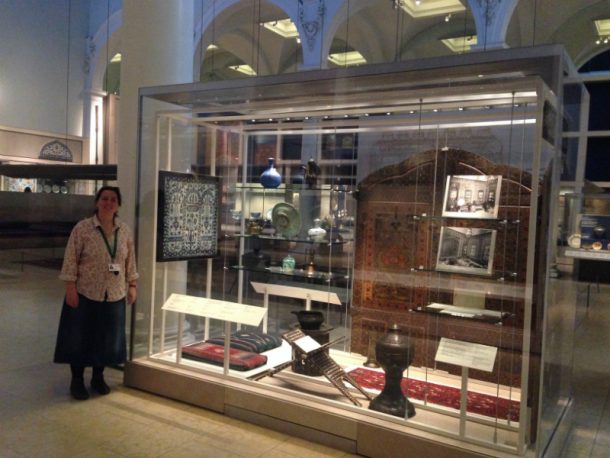 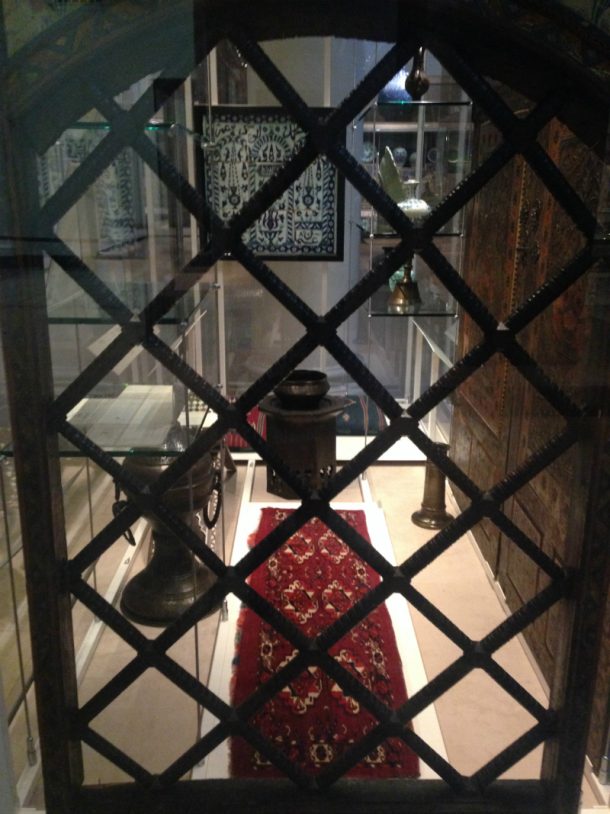 Good work, V&A – what a beautiful and very timely display. I look forward to visiting!