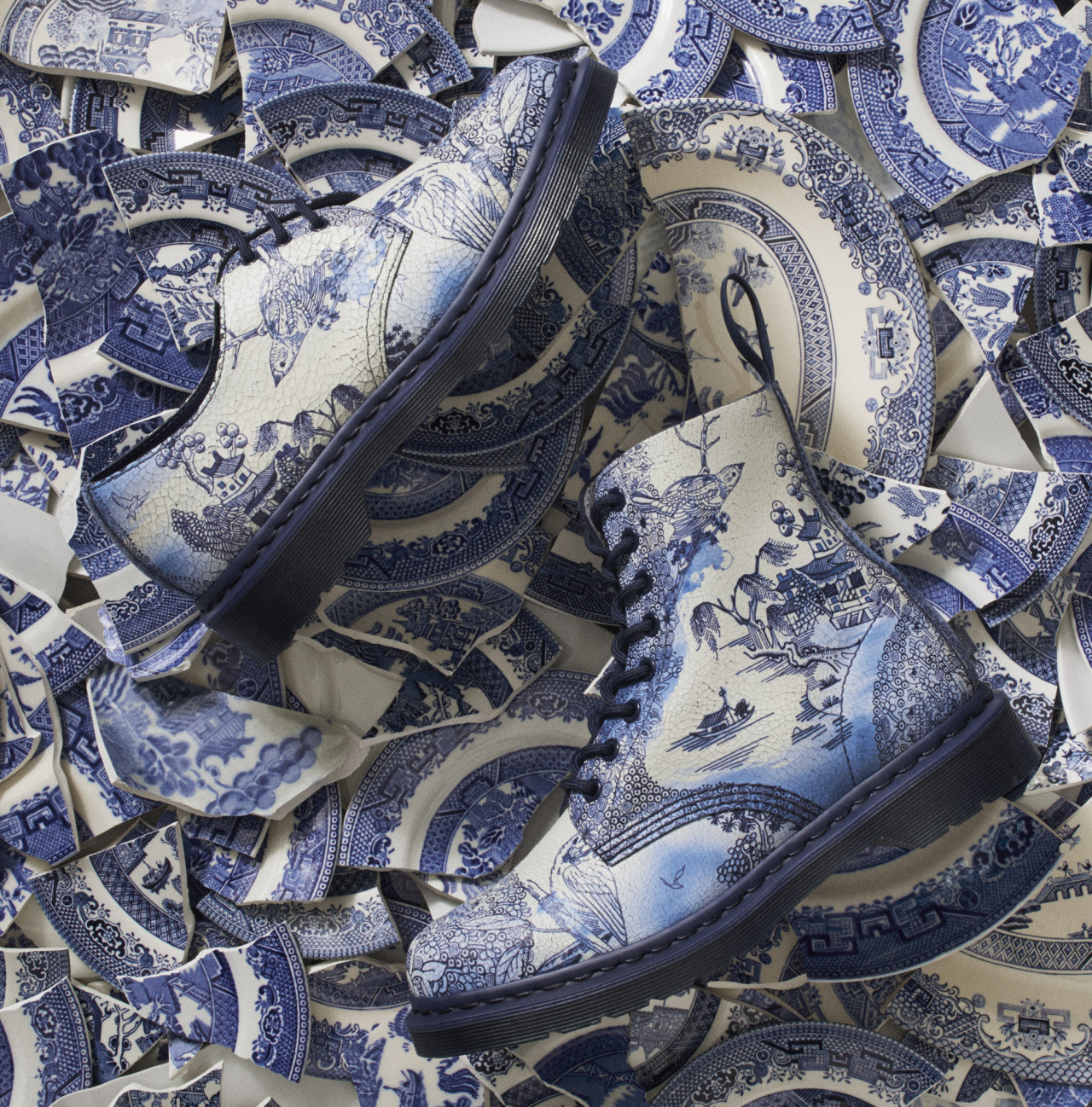 Blue and white has become one of the most popular colour combinations in history. This classic colour palette originated in Asian ceramics in the 9th century. These ceramics spread across Europe and influenced 16th century Delftware and the Willow pattern created by British manufacturers in the late 18th century. It was also during the 18th century that printed fabrics such as blue and white Toile de Jouy became popular. 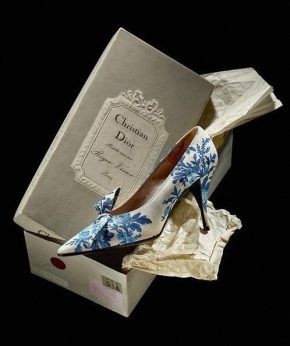 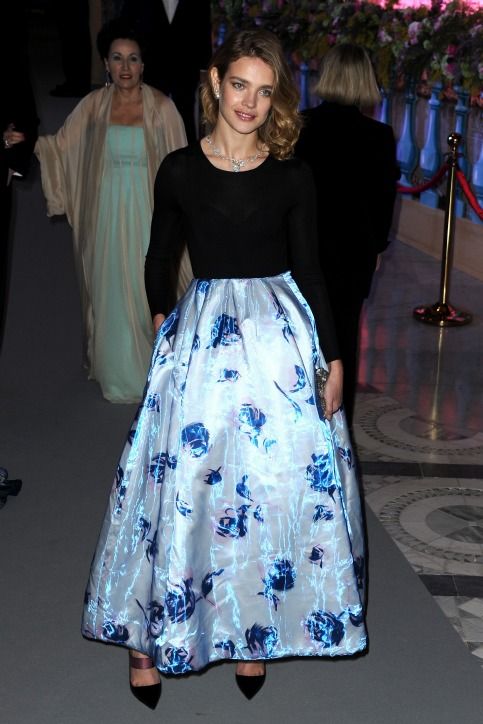 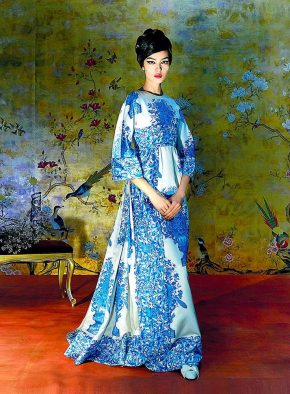 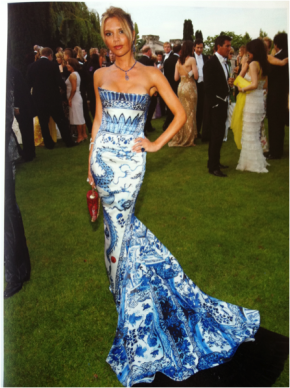 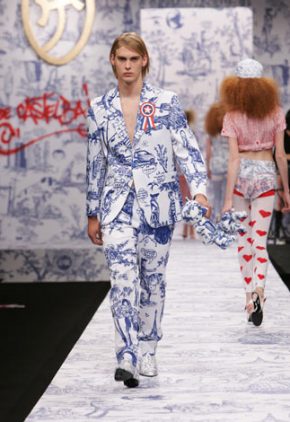 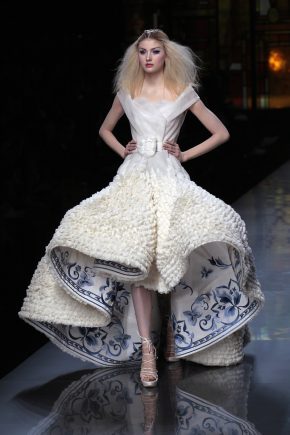 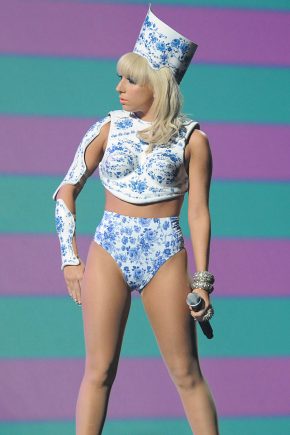 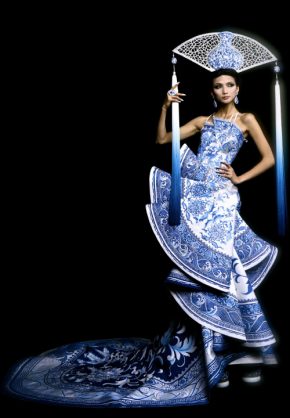 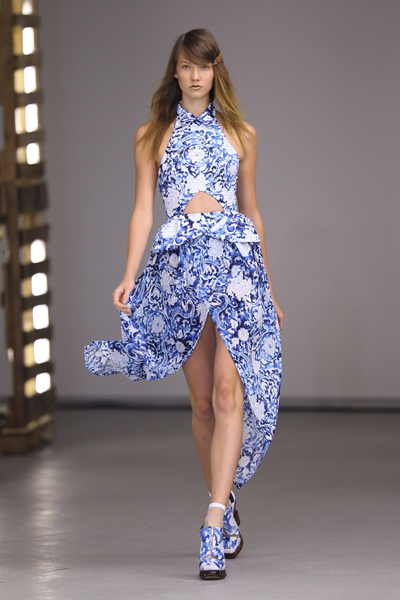 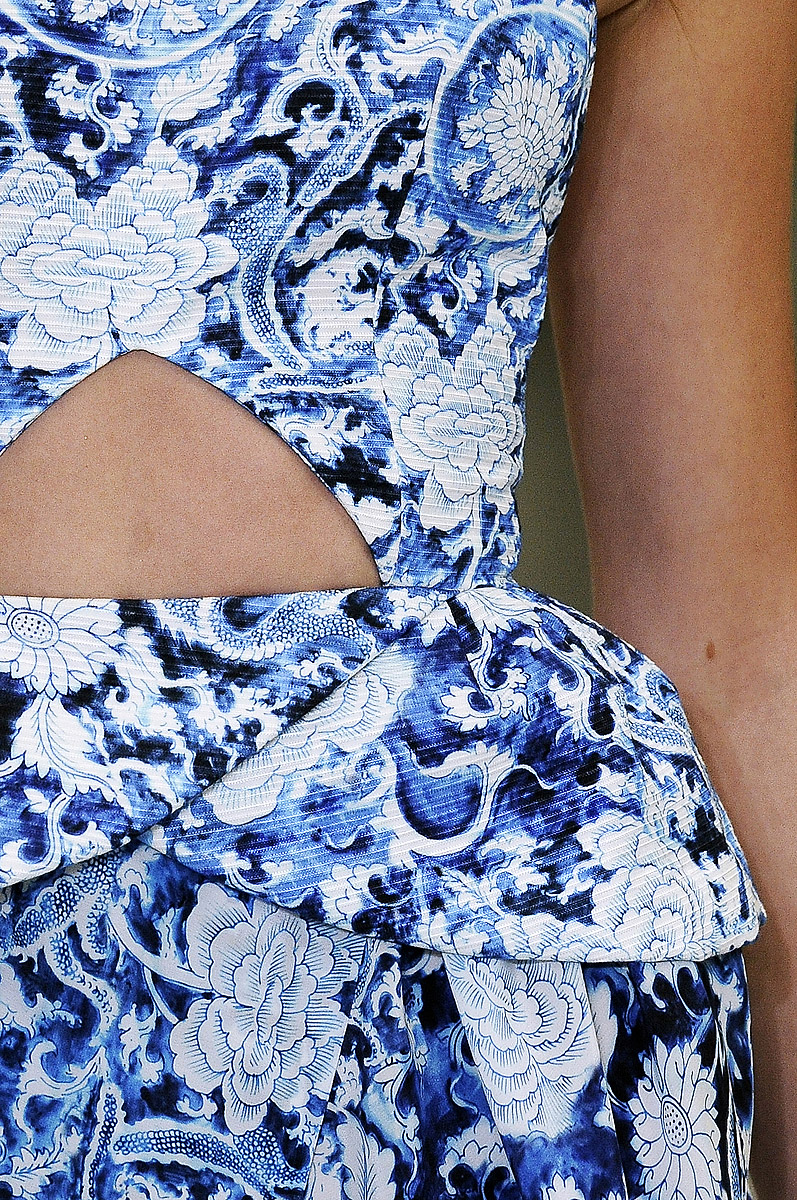 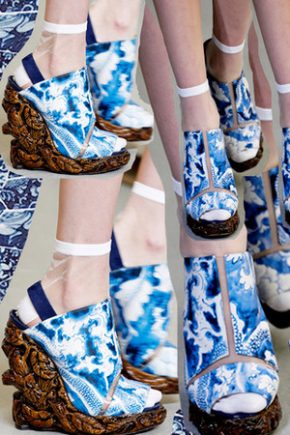 Rodarte, Spring/Summer 2011, dress and shoes from the Ready to wear collection. 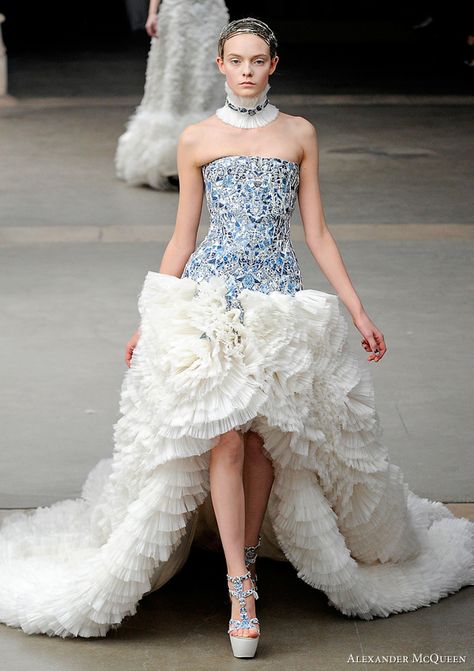 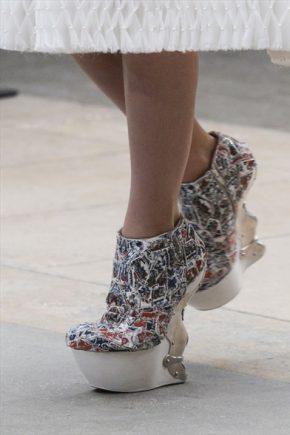 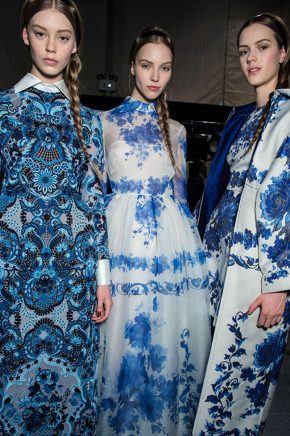 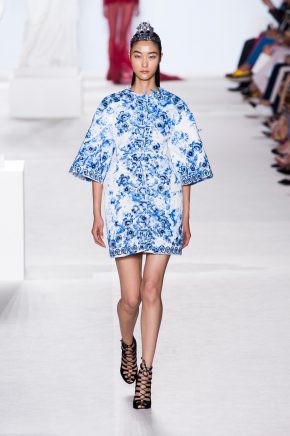 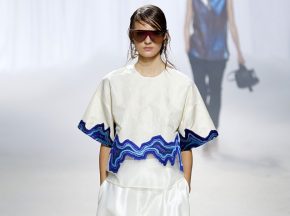 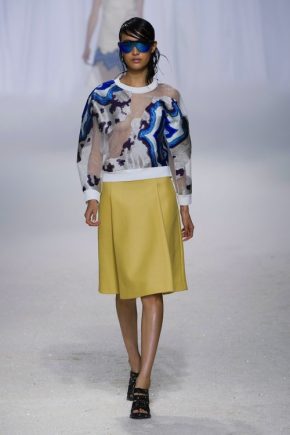 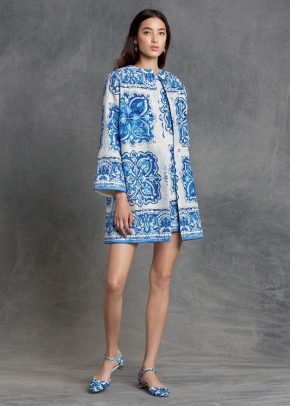 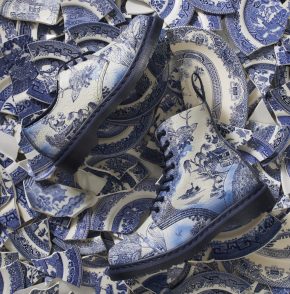 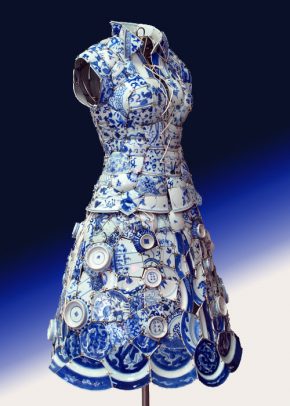 This is the end of the Blue and White: Fashion edition. Please come and see a selection of blue and white ceramics that inspired many of these designers in our Blue and White: British Printed Ceramics display, Gallery 146 on the 6th floor.

Also keep an eye out for more Blue and White art and design on the way soon!

Fascinating article. I am researching about the Willow pattern.

I’d like to respectfully suggest that your opening statement, that the color combination of blue and white first appeared in 9th century ceramics, is a bit misleading and implies that no previous culture combined those colors in textiles or other media.

Yichuan brand concept and profile could be found here: http://www.1p87.info/designers-and-makers/#/yichuan-jewellery/

I am excited to be exhibiting some of my work in Blue and White: British Printed Ceramics at The Victoria and Albert Museum. A London based designer and British bone china...