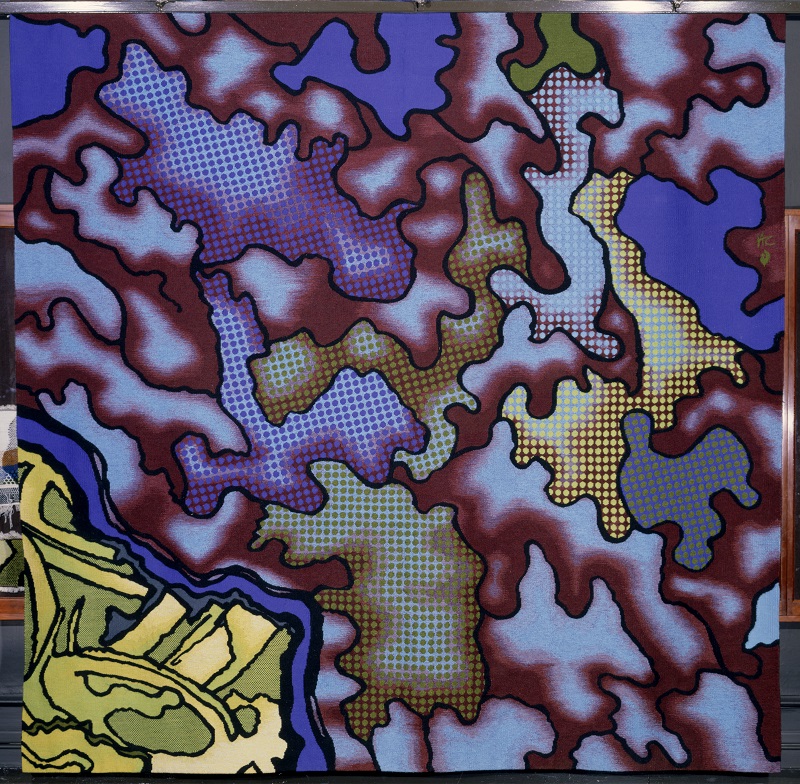 In 1968 the V&A Circulation Department (Circ) sent the travelling exhibition A Tapestry for Today to schools of art around the UK. The exhibition covered the design and production of the tapestry Over All, commissioned from Cohen by Circ to inspire student textile designers, as the prospectus explained:

The prime exhibit here is a particular tapestry, eight feet square, commissioned by the Department in 1967, and shown in the Museum early in 1968. It was designed by the painter Harold Cohen, and woven by the Edinburgh Tapestry Company. The original working cartoon, some small preliminary passages of experimental weaving, and a series of photographs showing the actual weaving in progress accompany the tapestry …

Circ’s acquisitions responded to ‘an overwhelming bias of demand’ from art colleges for loan exhibitions of contemporary design, as was reported after a conference at the Museum in June 1967, where the principal of Birmingham College of Art requested work that was ‘strictly of the moment’. Commissioning contemporary designers could be problematic within the Museum hierarchy, however, and Circ sought to maintain complete freedom, rejecting any suggestion that it lacked ‘proper discrimination.’ An undated memorandum in the V&A Archive (ref. MA/15/17), probably by Hugh Wakefield, Keeper of Circ, responded to criticism of the Cohen commission from George Wingfield Digby, Keeper of Textiles. Wakefield wrote:

I am worried, however, by the suggestion that this Department – whose acquisitions consist almost entirely of examples of modern design and the crafts – should need to refer elsewhere for proper discrimination … in matters such as proposals for acquisition, if only because of the compromise of taste and direction which would result.

Wakefield went on to defend Circ’s rationale in selecting Cohen:

… Our need was for a design of quality in an idiom which would reach the present-day teachers and students. We felt that part of the requirement was that the tapestry should be woven in this country, and this meant in effect using the Edinburgh Tapestry Company which, besides being virtually the only studio of its kind, had the advantage for our purpose of a close relationship with the schools of art in both Edinburgh and Glasgow. In these circumstances the choice of Harold Cohen was not particularly adventurous or surprising. He had already designed the great rug, which was the centrepiece of Theo Crosby’s British Pavilion at Milan in 1964 and was later shown in Canada by the Council of Industrial Design, and he had been responsible with the Edinburgh Tapestry Company for the large and striking British Petroleum tapestry, which was shown for six months as a special exhibit at the Tate. Others might have been chosen, but I doubt if any British artist of comparable standing could have been found with more relevant experience to his credit.

Cohen’s Over All, woven by Archie Brennan of the Edinburgh Tapestry Company, remains ‘a design of quality’. 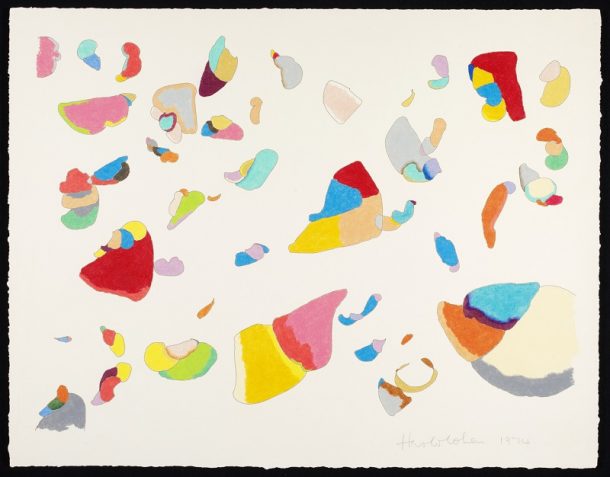