With the London Handel Festival due to start in early March I thought I’d share with you some of my favourite documents in the V&A Archive to get us (well, me!) in the mood: a set of ink drawings of historical musical instruments by the architect and art historian Matthew Digby Wyatt (1820-1877).

Henry Cole (1808-1882), the V&A’s first director, was a keen Handelian (fan of the music of the eighteenth-century composer George Frederic Handel); his diaries are peppered with references to concerts he attended, including performances of Handel oratorios: for example, ‘went to hear Handel’s Samson at Exeter Hall’ (21 October 1840); ‘In the Evening with 3 girls to the Messiah at Exeter Hall’ (21 December 1860); and ‘To Exeter Hall …. Judas Maceaboeus’ (9 December 1864). He even thundered: ‘Handel not sufficiently popular in Paris’ (21 October 1866)! 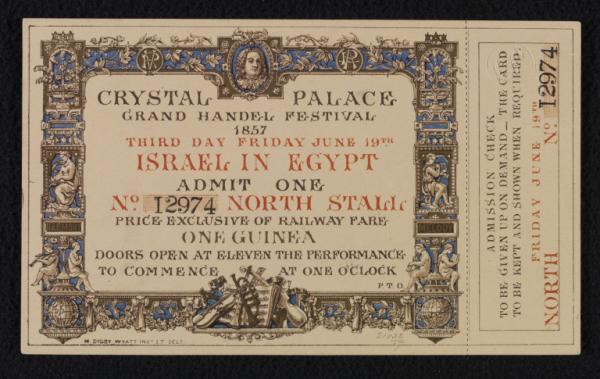 Cole would have presented an admission ticket similar to this one when he and his wife Marian attended a performance of Handel’s choral tour de force Israel in Egypt at Crystal Palace on Friday 19 June 1857. Although he judged the choruses he heard in rehearsal at Exeter Hall as ‘grand beyond expression’ (12 June 1857), of the actual performance Cole thought the ‘effect not equal to the power’ (19 June 1857). The ticket itself was designed Wyatt, who also designed the tickets to performances of Messiah and Judas Maccabaeus. 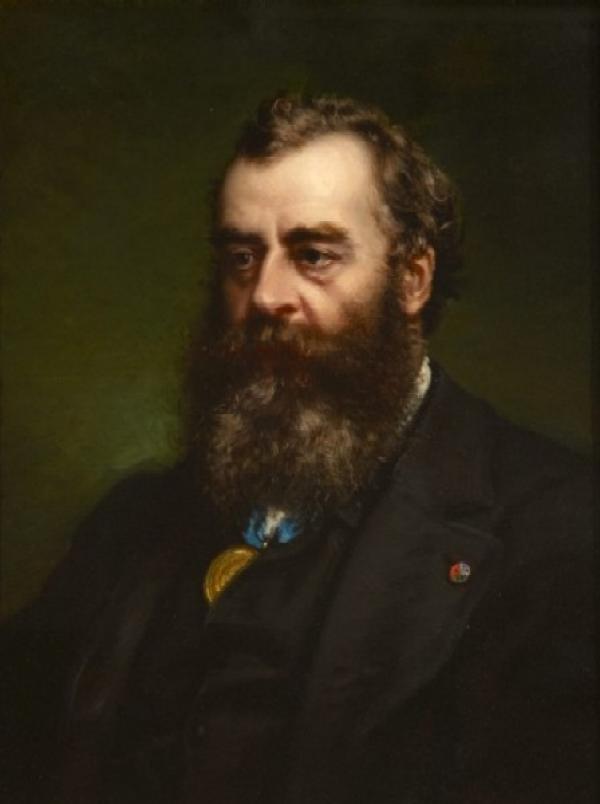 Wyatt, whom Cole considered an ‘agreeable companion’ (26 June 1868), served as one of the V&A’s ‘Art Referees’, a select group of men and women engaged on a consultancy basis to advise the Museum on significant acquisitions. Other art referees included such luminaries of the art and design world as William Morris, Sir Frederic Leighton, Fanny Palliser and Walter Crane. Wyatt, however, wrote the lion’s share of the art referee reports (80%) between 1864 and 1886: 938 reports to be precise!

In 1869 Wyatt advised on a group of eighteenth-century musical instruments of the type that Handel might have been familiar with but which would have been regarded as historical curiosities by the time of the triennial Handel Festival that Cole attended in the 1860s. The group was purchased from the Parisian dealer M. Bauer. 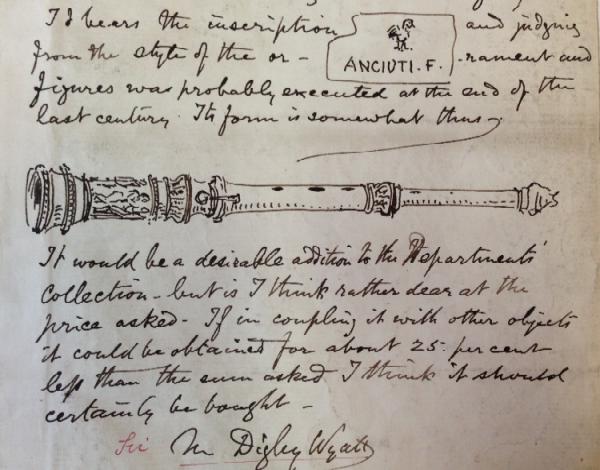 This ivory hautbois (or oboe) originally hung in the Salon de Rossini as part of a ‘trophy of musical instruments’ once belonging to the famous Italian composer Gioacchino Rossini (1792-1868). From the style of the ornament and figures, Wyatt thought it probably late eighteenth century in date.

Wyatt believed this flageolet to be a ‘fine and rare specimen of … Neapolitan work’. It too belonged to Rossini’s trophy and is ‘a really fine specimen of the feasibility of applying art to musical instruments of a similar class’.

The opening sentence of Wyatt’s report on this French ‘spinette’ or harpsichord by the famous maker Pascal Taskin (1723-1793) suggests that Henry Cole was already familiar with Bauer’s collection of musical instruments: ‘M. Bauer has obtained since Mr Cole was in Paris a spinette which has pleased me exceedingly from its elegance, genuine character, good condition, and completeness’. A quick check of Cole’s diary confirms this to be the case: ‘Paris … to Mr Baur for Ivory Box of Arabic work. Flageolet.’ (1 April 1869). 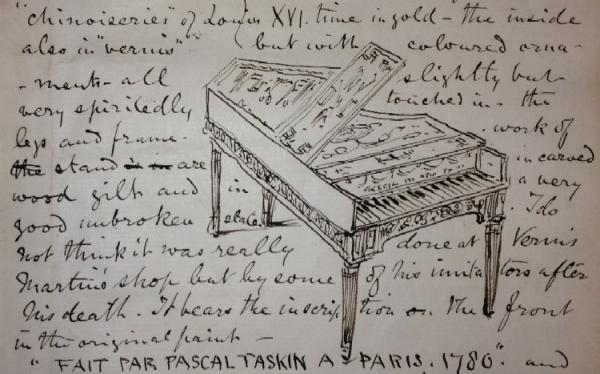 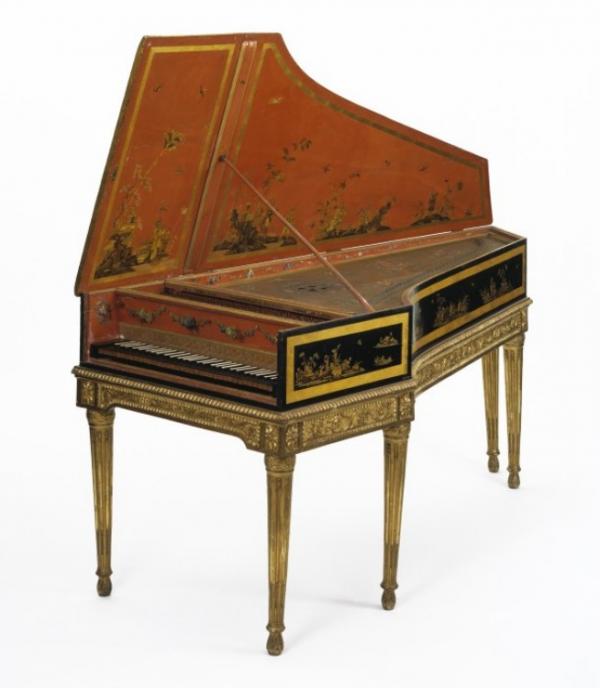 The prospect of this acquisition encouraged Wyatt to imagine where in the Museum the spinette might be displayed to best advantage: ‘it might stand very prettily (with one of the Departments lovely harps of the same date) in the Boudoir’. Wyatt refers here to the Serilly boudoir which you will be able to see it all its glory when the Europe 1600-1800 galleries reopen later this year.

You can find out more about the art referees and the resources available for research in the V&A Archive in our study guide.