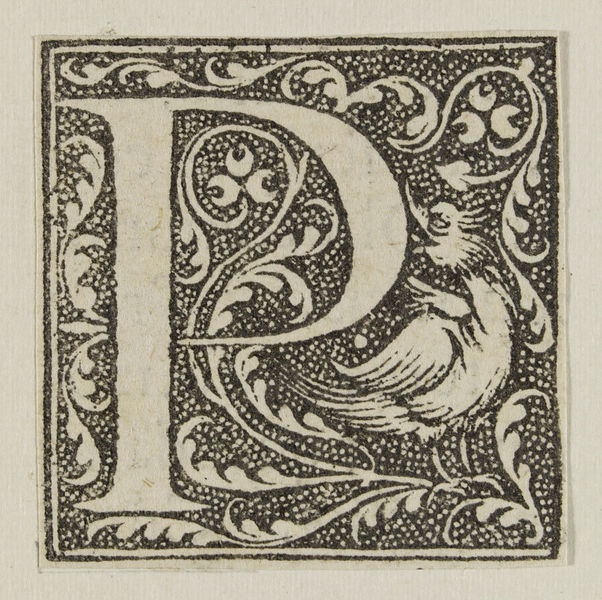 In 1921, the V&A acquired Oscar Jennings’ collection of around 24,000 initial letters from early printed books. The collection, which was offered to the museum by Jennings’ widow Cecile, had formed the basis of his 1908 book Early Woodcut Initials.

Thanks to our fantastic team of volunteers, we have recently begun to digitise these and make them accessible via the V&A’s Search the Collections page. Last year the volunteers started working their way through the collection, assigning a museum number to each individual print. Meanwhile, I have been carrying out some research and inputting the information about each object into our database, and our photographer George has been producing the images.

It is clear from reading Jennings’ book that he was fascinated by these initial letters, considering them often to be of far greater artistic merit than the other illustrations that might be found in the books from which they came. He writes:

“The woodcuts in early books are often merely illustrative, that is to say explanatory of the text, and were not designed as ornaments; but the initials were intended to be decorative, and one can see in them a real artistic effort and sentiment.”

Jennings’ considerable interest in this topic is reflected in the painstaking care and attention he devoted to this collection. Around 8,000 of the letters have been mounted in sets on large sheets of card, filling 18 boxes between them. These cardboard mounts display annotations by Jennings himself, giving the printer, place and date of production wherever it was known to him, along with the occasional extra notes about the texts from which the alphabets came. This has informed my cataloguing work, as I have been able to use Jennings’ notes to identify the various printers and printing-houses behind the objects.

It would be impossible, in just one blog post, to give a full picture of all the many hundreds of printers whose work can be found in the collection. For some of the names given by Jennings, I have not been able to find the slightest detail about these individuals anywhere else. He therefore appears to have been interested in works by relatively obscure and otherwise unknown artists and printers, as well as some very famous names.

Among those famous names is Hans Holbein, whose alphabets Jennings considered particularly fine. 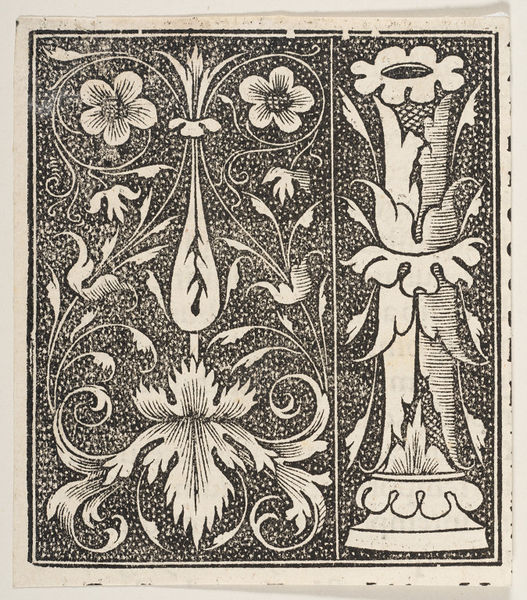 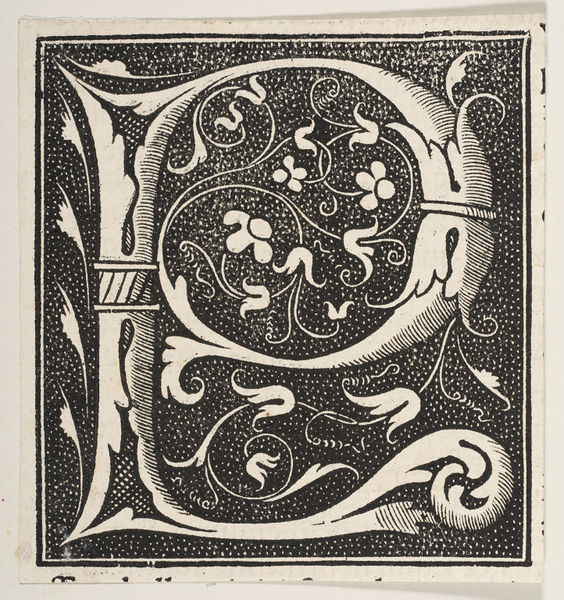 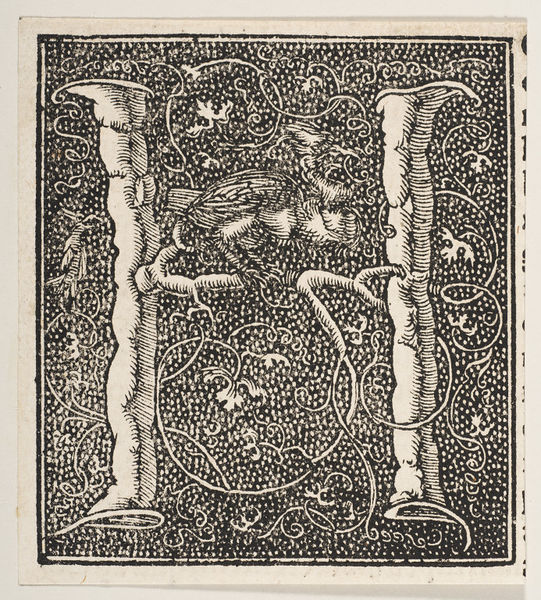 Another of the alphabets is attributed by Jennings to very famous printmaker: Albrecht Dürer. This alphabet incorporates images of children at play, and is said by Jennings to ‘make up a very remarkable set’. However, although Jennings believes that it is ‘highly probable’ that the artist designed this alphabet, he admits that he does not have any concrete proof of this. 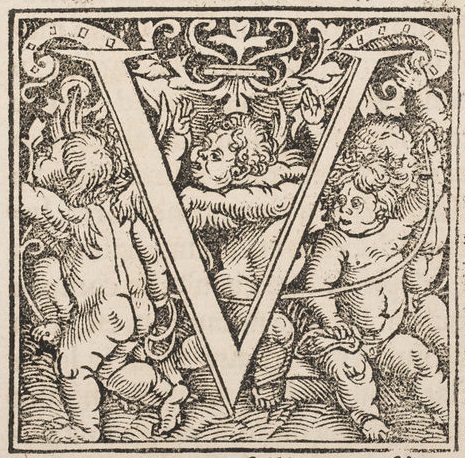 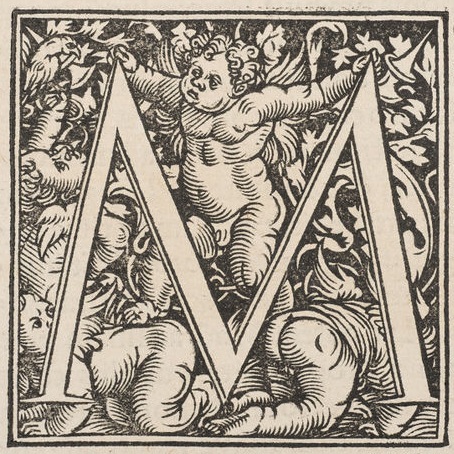 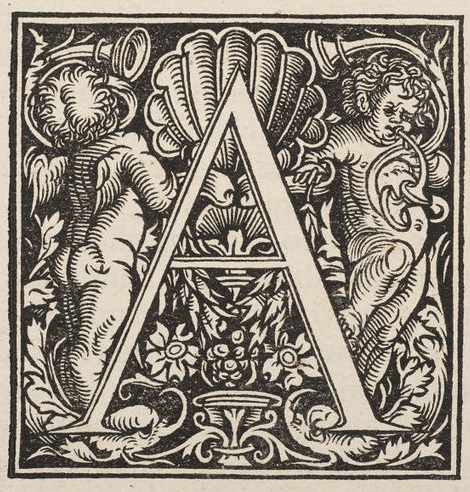 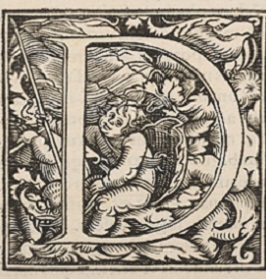 Jennings did, however, find some beautiful letters by one of Dürer’s students: Hans Baldung Grün. These are very striking to look at, and are particularly remarkable for being some of the few colourful examples in a mostly black-and-white collection. 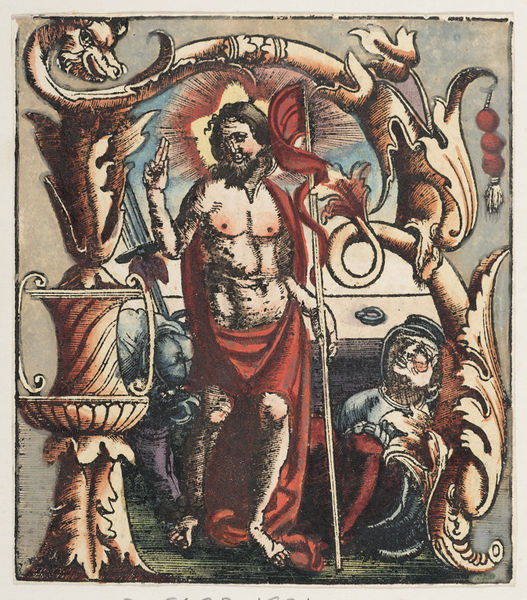 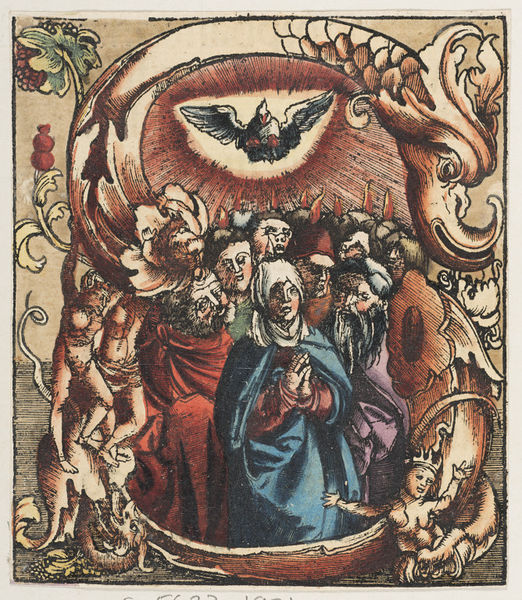 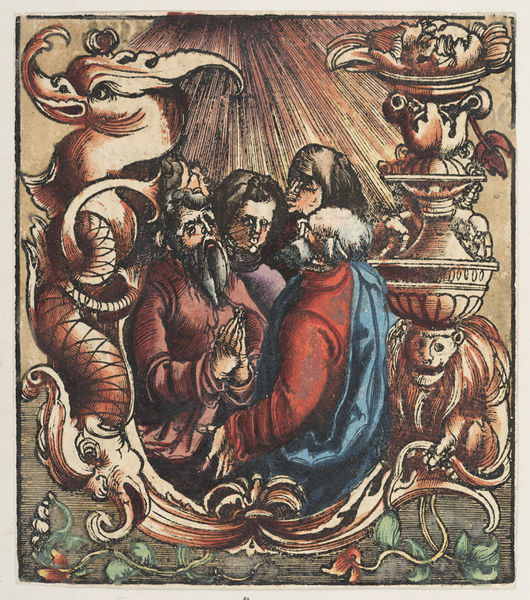 I was also excited to find a set of letters by one of the first well-known female printers, Charlotte Guillard. Guillard began running her own printing press after the death of her first husband, the printer Berthold Rembolt. She soon became a successful tradeswoman in her own right, at a time when women were not normally allowed to run their own businesses. 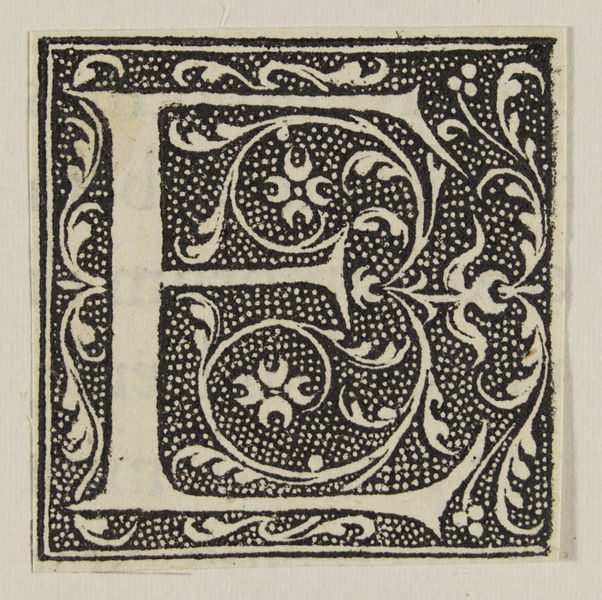 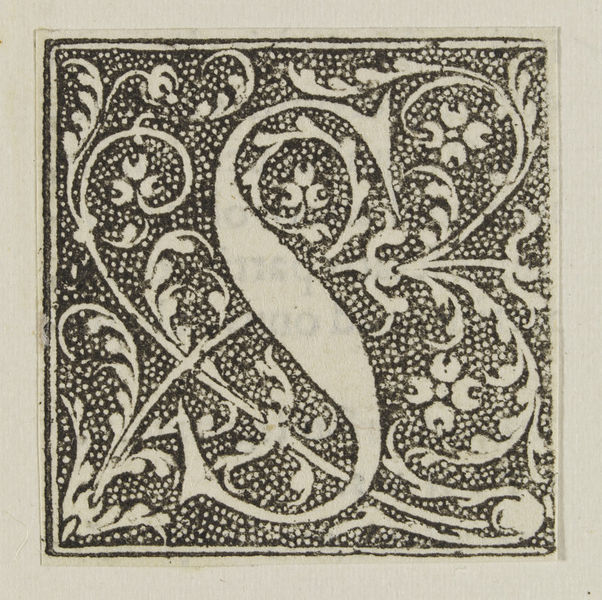 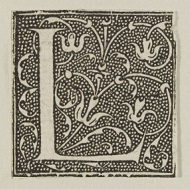 In cataloguing this collection, I have come across works from all over Europe. The largest contributions seem to have come from Germany, France and Italy, but I have also found initials from Austria, France, Belgium, Switzerland, Italy, Spain, Poland and the Netherlands. However, so far I have found very little from the UK itself. There are just a few examples from London, such as this set printed by Humphrey Lownes in 1614. 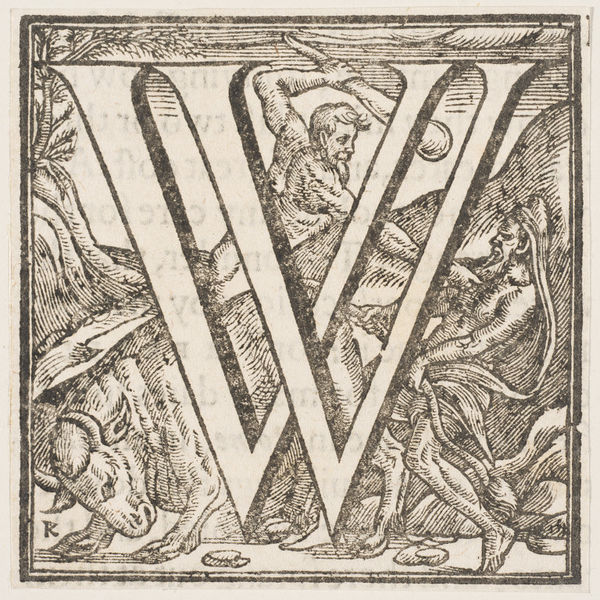 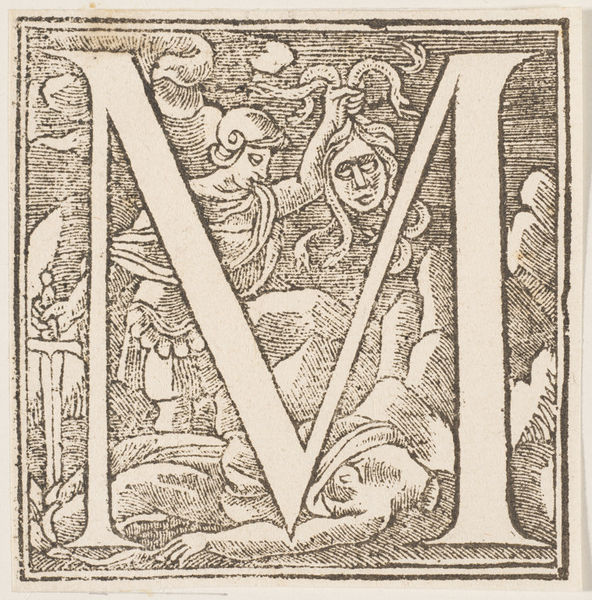 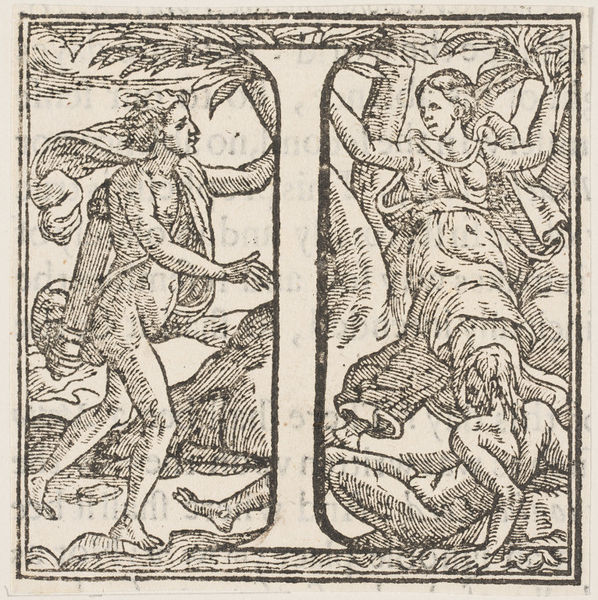 As well as identifying the printers behind each object, we have also been struggling with some of the initials on a far more basic level: identifying the letters themselves! While the letters in the images above are all fairly clear, not all of them have been quite so straightforward. Here are just a few examples which have had us stumped – feel free to let us know in the comments what you think these might be!

This is still very much a work in progress. We have almost finished cataloguing and digitising all of the mounted letters, in boxes 1-18, but these only account for roughly one-third of Jennings’ collection. We therefore still have quite a way to go. However, we have made some great progress, and it wouldn’t have been possible to get this far without the help of our wonderful volunteers, to whom I would like to extend a huge thank you!

If you’d like to see more of Jennings’  collection, the initial letters can be found on the V&A’s Search the Collections page. Or, if you’d like to come and see any of them in person, you can make an appointment to do so in our Prints and Drawings study room.
books illuminated book printing woodcut