Flattery was much in evidence on the occasion of Queen Victoria’s laying the foundation stone of the new buildings at the Victoria and Albert Museum on 17 May 1899, an act she performed without leaving the comfort of her carriage! 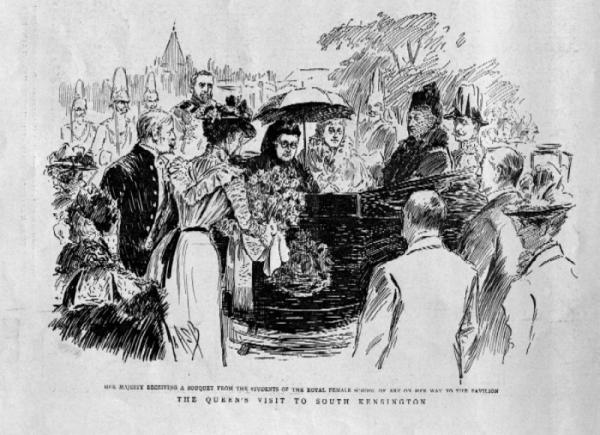 In his address to the Queen, the Lord President of the Council, the Duke of Devonshire, wielding his metaphorical trowel, gushed (in a ‘clear voice’, according to The Times), ‘it is our earnest hope that, when complete, it [the V&A] may, for successive generations, [bear] witness to the silent yet persuasive supremacy of those educational and moral forces, the growth of which has so emphatically signalized the long and prosperous reign of our most gracious Sovereign’ (2).

The ceremonial paraphernalia included an actual trowel: a splendid ornamental one in silver and enamel designed and made by the silversmith Nelson Dawson (1859-1941) and his wife Edith (1862-1828), whose papers we hold in the Archive of Art and Design.

Sadly, the original design for the trowel does not appear to survive among the Dawson papers; however, I did find this photograph: 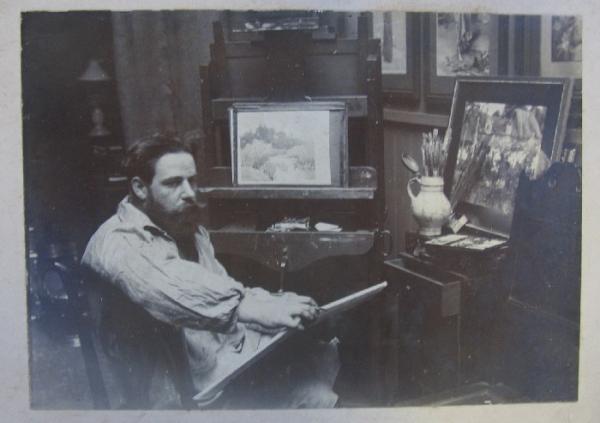 An article printed in The Builder (20 May 1899) praised the fact that the trowel ‘was not the usual “shop” production … but designed and executed by those original artists Mr. and Mrs. Dawson, whose work of this kind has been shown in the Royal Academy sculpture room during the last two or three years’. The fact that Queen Victoria already owned several pieces by the Dawsons may have clinched the commission for them.

A few days before the ceremony The Times decided to whip up its readers’ excitement by printing a preview of the order of ceremony, relating breathlessly how ‘The Lord President will then hand the trowel to the Queen, who will then proceed to lay the first stone, being assisted in the use of the line and plummet by Mr. Aston Webb, the architect, who will be presented to her Majesty by the Lord President’. 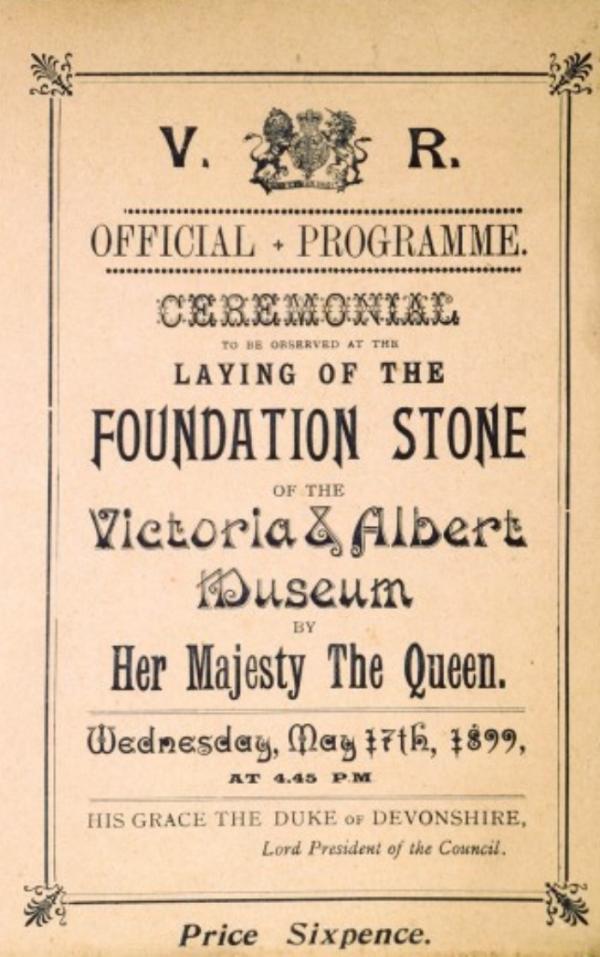 The Times later applauded the ceremony as a ‘brilliant and unqualified success’; the Queen herself wrote to the Duke of Devonshire the following day to express ‘her great satisfaction’, concluding that ‘it all went off admirably’.

Later that year Dawson, no doubt eager to advertise his craftsmanship to a wider audience, suggested that the trowel might be exhibited in the V&A (3). The Assistant Director, A. B. Skinner, agreed that ‘it would form a very interesting exhibit’ and arrangements were made accordingly for the towel to be loaned to the Museum for 6 months.

In January 1901 Dawson told Skinner that he had been invited by the Sculpture Sub-Committee of the Glasgow International to exhibit ‘some of the more important things we have done’ and wanted to include the trowel. It was loaned again in 1903 for the Spring Exhibition at the New Gallery.

You can see the trowel on display in the British Galleries, room 123.

2. The Graphic thought it ‘a rather long address’.

3. A press cutting from The Graphic featuring a photograph of the trowel and its casket is preserved among the Nelson and Edith Dawson papers, AAD 9/1100-1991.