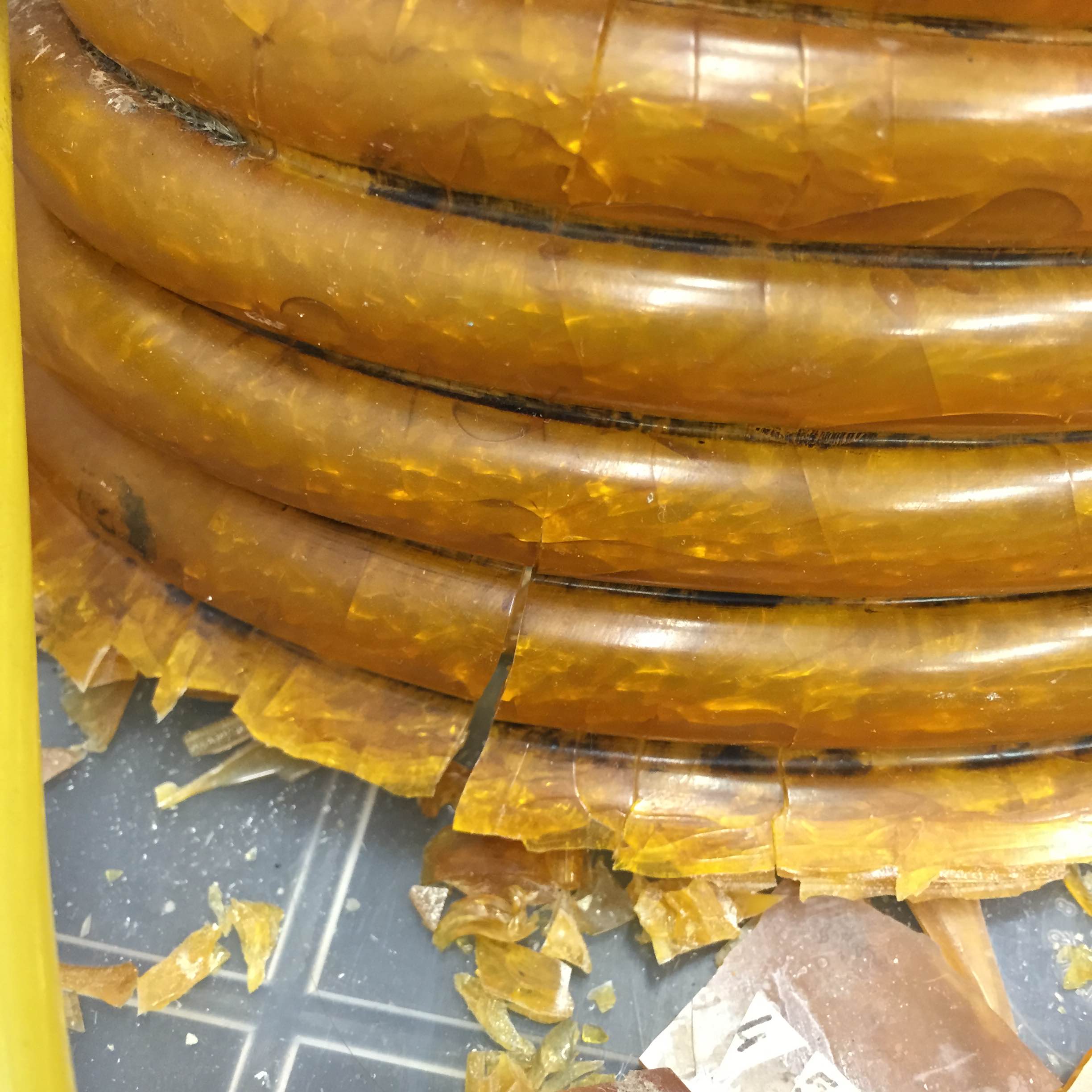 Last July I wrote about our project using a raspberry pi and its camera module to track the decay of a plastic handbag. The project has been running for about 4 months now and we complied the first video not so long ago.

To be honest we were more than a little nervous about this project, as to us, little if anything had happened for the majority of the summer, but as the seasons changed a few things started to happen!

So a number of things are pretty clear from the video – the major one being that it’s not as dramatically catastrophic as we had hoped! Ironically the video doesn’t pick up on the areas most changed – like the great big hole on the lower left side that is blocked by the beehive bag, nor does it pick up just how many crystals have formed as they are mostly on the sides. The second is that the limitations of the camera module mean the resolution is low – but for a £25 camera it’s still good enough to give up some great information.

If you look at the video closely you will notice two things of real importance. Firstly, each of the cracks that were present at the start have gotten a little bigger and the delamination of the bag is wider. Remember that we are looking at two months data over a 3 month period, so for things to get noticeably bigger in this timeframe is a real shock in a museum environment. The second thing to notice is the way the cracks grow. If you look closely at the top right corner of the bag you will see the shadow and highlights expand and contract. We also see the beehive bag expand and contract. This might be due to the environmental conditions of our science lab and could be what is ripping our bag apart.

Our next job is to try and improve the video quality and also relate the visual information gained to the data from our environmental monitoring system. From this we may be able to come up with an insight into the storage of plastic objects.

Hi, I was lead to your site by the ICON FB page. What time interval are shooting frames at? You might be over complicating things using the pi. I film timelapse using CHDK code on cheap Canon sureshot cameras bought on eBay. You’ll get much higher resolution and the ability to pan and zoom. Happy to discuss if you are interested.

How many museum professionals does it take to move a toaster?