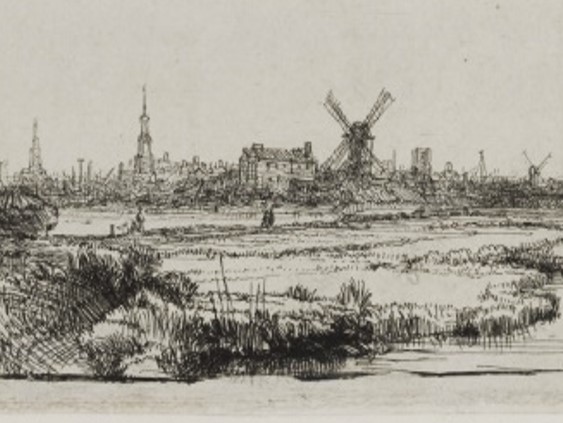 Following her visit to Liège, Project Curator Liz Miller has once more brought back some interesting new insights from her travels.

On the 17th and 18th September 2015 I was fortunate to attend an international conference in Amsterdam on Art and Science in the Early Modern Low Countries (1560-1730), jointly organised by Huygens Institute for the History of the Netherlands and the Rijksmuseum. While the nature of the V&A’s collections make it impossible for the Europe Galleries to tackle the topic of seventeenth-century European scientific developments head on, there were many subjects raised at the conference which resonated with the contents of the Europe Galleries, particularly in the display we are calling The Cabinet. This explores how the word ‘cabinet’ can refer to a room, a private museum, or a piece of furniture used to store and display precious collections. It also looks at how many collections formed in the period covered by the conference combined examples of human ingenuity and craftsmanship with samples and specimens from the natural world.

Several of the speakers referred to Amsterdam’s role as one of Europe’s foremost ports of arrival for rarities from Asia.  In Rembrandt’s etching at the top of this blog entry, the warehouses of the Dutch East India Company who carried out this trade are shown immediately to the left of the large windmill.

The two days of the conference were packed with lectures, short presentations, gallery talks, an award winning experimental film, and hands-on workshops led by colleagues from the Museum Boerhaave (the Netherlands National Museum of the History of Science and Medicine) in Leiden.  Receptions at the end of both days provided valuable opportunities to engage speakers and fellow delegates in discussion in a more informal atmosphere.

One of the workshops concerned the microscope of Antoni van Leeuwenhoek (1632-1723). Four facsimiles of this microscope were brought along for conference attendees to try out.  Looking up to the light through a lens not much bigger than a pinhead, at a dead fly impaled on a tiny spike, has to be one of the most revelatory experiences I have ever had at a conference in a lifetime of attending them. Although hundreds of these microscopes were originally produced, their unprepossessing appearance, similar to a small flat lollipop, may be part of the reason only a dozen or so examples are now known to survive.

One of the organisers of the conference was Eric Jorink (Huygens Institute for the History of the Netherlands) whose thoughts on one of the stars of The Cabinet will be available to visitors to the Europe Galleries in an audio downloadable on a mobile phone. The object he will be talking about is a nautilus shell originating from the Indian or Pacific Ocean that was probably decorated and mounted in the Netherlands, possibly even in Amsterdam itself, which combines both natural specimen and human skill at the very highest level.

On the first morning of the conference Marrigje Rikken (Netherlands Institute of Art History) spoke about how around 1600 artists first started creating oil paintings depicting animals. The V&A has a splendid example of this genre going into The Cabinet in an oil painting of the Garden of Eden by Jan Breughel the Elder.

Nadia Baadj (University of Groningen) spoke about cabinets– in the furniture sense – as dynamic, interactive objects associated with particular ways of storing, revealing and displaying the collections of objects they contained.

The Europe Galleries will explore these sorts of ideas in a 3-minute film we have made about the Endymion cabinet decorated with the story of Endymion on its carved ebony exterior. Inside there are a multitude of hidden drawers some of them only accessible if the central section housing a mirrored perspective is removed. The conference introduced me to a new word ‘catoptrics’, meaning the part of optics which deals with reflexion.

Maria Berbara (State University of Rio de Janeiro) spoke on the armadillo as the only American animal systematically found in European collections such as that of the Dane, Ole Worm, whose posthumously published volume describing his collection features in The Cabinet. On the engraved title page an armadillo is shown hanging from a string high on the right hand wall next to the two large turtle shells. An activity table in The Cabinet aimed at families and children uses this same image as the basis of a game of ‘spot the animal’. (The polar bear is the easy one.)

One of the conference keynote speakers, Alexander Marr (University of Cambridge) pointed out that in using the terms art and science we were using our own modern system of categorisation, not that of individuals curious about the world around them living four centuries ago. When thinking about and discussing this period he suggested using the concept of a culture of ingenuity might be more productive and appropriate.

His handout also quoted from a learned treatise of 1654 that “whenever an academician is alone he is imperfect but bringing his talent together with others in this academy, he receives perfect form”. With the proviso that the academic community now includes women as much as men, this could serve as the motto for this and many other academic conferences.